Secretary of Defense Ash Carter’s Saturday morning address was well-received by the Shangri-La audience. Carter’s speech included a strong stand against China’s building efforts in the South China Sea, and reaffirmed the United States’ intention to “fly, sail, and operate wherever international law allows.” This was, however, embedded in a broader message was that all countries in Asia should have the opportunity to rise peacefully. Carter called for a freeze on land reclamation by all South China Sea claimants, and has reportedly since taken up the issue with Vietnam on a visit to Hanoi.

END_OF_DOCUMENT_TOKEN_TO_BE_REPLACED

“China’s Military Strategy,” released on May 26, 2015, is the 9th Chinese defense white paper since 1998. For the first time, the white paper elaborates comprehensively on the missions and strategic tasks of China’s armed forces in the new political environment and emphasizes the essence of the strategic concept of active defense. There are four critical security domains highlighted in this White Paper: challenges for outer space security; security of strategic SLOCs and overseas interests; maintenance of a minimum nuclear capacity sufficient to meet national security demand; an increased capacity for cyber security.

END_OF_DOCUMENT_TOKEN_TO_BE_REPLACED

Over the last decades, the discourse on sustainable development has significantly contributed to the formation as well as the strengthening of the civil society in Vietnam. In the mid-1980s, the Government of Vietnam (GoV) introduced Doi Moi (reforms) which moved the economy from centrally-planned to a more market-based approach. This historical milestone has raised the country to a new level of development and transformed its social and economic structures. Foreign investments, bilateral and international trade have grown rapidly but at the same time created multiple development challenges to the country. Vietnam is witnessing serious forest degradation, environmental pollution and loss of natural resources, and the growing threat of climate change poses increasing challenges on Vietnam to sustain its economic achievements. Climate change is undermining efforts in poverty alleviation, making the fight against it even harder and more expensive. According to DARA International’s Climate Vulnerability Monitor 2012, total economic losses due to climate change are estimated to have cost Vietnam 5 per cent of its GDP in net terms in 2010 and are expected to grow to 11 per cent of GDP by 2030 as the country’s vulnerability shifts from severe to acute.
END_OF_DOCUMENT_TOKEN_TO_BE_REPLACED

The World Health Organization is set to examine a widely used pesticide and agribusiness is bracing for bad news, less than three months after the group classified another popular herbicide as “probably” cancer-causing.

Twenty-four scientists representing WHO’s International Agency for Research on Cancer (IARC) are set to analyze scientific findings regarding links between cancer in humans and the herbicide known as 2,4-D at a June 2-9 meeting in Lyon, France.

A separate group of IARC scientists in March unanimously decided to classify glyphosate, the key ingredient in Monsanto Co’s Roundup weedkiller, as “probably carcinogenic to humans.” The designation prompted outrage and calls for a retraction from Monsanto, and demands by some public officials and consumers for bans on the pesticide.

Many believe the same could happen for 2,4-D. END_OF_DOCUMENT_TOKEN_TO_BE_REPLACED

AMTI.CSIS – Since China first sent a senior military officer to participate in the Shangri-la Dialogue (SLD) in 2007, it has come to the annual security meeting prepared with a carefully crafted strategy to deflect criticism and advance Chinese interests. This year was no exception. END_OF_DOCUMENT_TOKEN_TO_BE_REPLACED 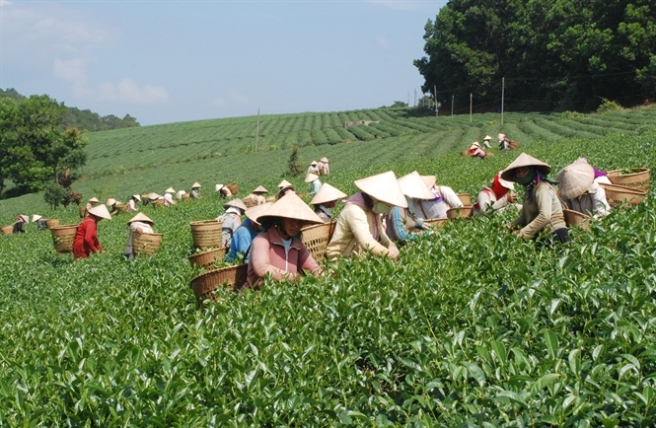 U.S. Secretary of Defense Ashton Carter delivers his speech about “The United States and Challenges to Asia-Pacific Security” during the 14th International Institute for Strategic Studies Shangri-la Dialogue (IISS) Asia Security Summit, May 30, 2015, in Shangri-la

Here is the text, as delivered: END_OF_DOCUMENT_TOKEN_TO_BE_REPLACED

For years, the entomologists at Vietnam’s Southern Regional Plant Protection Center in Long Dinh had tried to sell rice farmers on the benefits of reducing pesticide use—to little effect. So, in 2001, they took a different tack: they challenged 950 farmers to try for themselves. END_OF_DOCUMENT_TOKEN_TO_BE_REPLACED