END_OF_DOCUMENT_TOKEN_TO_BE_REPLACED

Vietnam is projected to be the fifth highest-growing economy in the world this year and the country has a unique opportunity to increase its footprint in the global economy in both trade and investment,

She made the remarks during the unveiling of the WB’s report “What will be the new normal for Vietnam? The economic impact of COVID-19” on July 30. 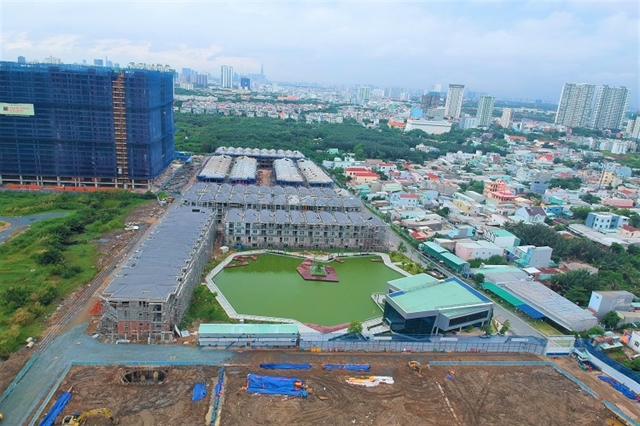 HCM CITY — The property industry in HCM City, and in fact the country in general, faces several problems that need urgent solutions, especially with regard to legal provisions.

Nguyễn Trọng Ninh, director of the Ministry of Construction’s housing and real estate market management department, admitted these regulations were not consistent because they were found in multiple laws.

VUSAC Hanoi and The American Center in Hanoi (U.S. Embassy in Hanoi) jointly organize the Women in STEM panel discusison. Come join us.

In this event, speakers will share their personal experiences of being successful women working in STEM fields and lead the discussion on social barriers and gender equality issues in STEM fields. They will also talk about challenges to balance work and family and opportunities for women in STEM careers.

You will have an opportunity to listen to the stories of our inspiring speakers: 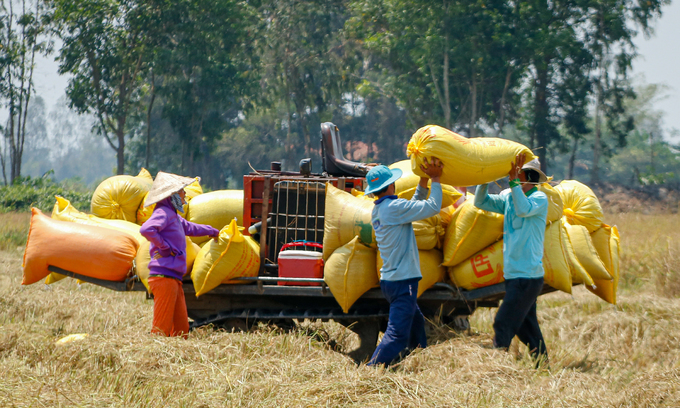 Farmers harvest rice in a paddy field in the southern province of Soc Trang, March 10, 2020. Photo by VnExpress/Nguyet Nhi.

The Asian Development Bank (ADB) has forecast the highest 2020 GDP growth rate in Southeast Asia for Vietnam at 4.1 percent.

The regional bank has placed Myanmar in second place with an estimated growth rate of 1.8 percent while Brunei in third place with 1.4 percent. Thailand is at the bottom of the list at -6.5 percent, behind Singapore (-6 percent) and Cambodia (-5.5 percent).

Southeast Asia’s average GDP growth is estimated to contract by -2.7 percent this year and expected to rebound to 5.2 percent next year.

END_OF_DOCUMENT_TOKEN_TO_BE_REPLACED 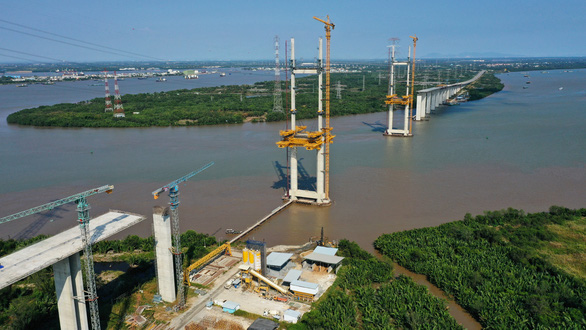 Vietnam is expected to attract 15 Japanese firms of different sizes that will receive Japanese government’s subsidies to shift manufacturing plants out of China to diversify its supply chain.

The Japanese Ministry of Economy, Trade and Industry (METI) has recently unveiled a list of 87 firms that will receive JPY 70 billion (US$653 million) to implement the scheme, according to Nikkei Asian Review. END_OF_DOCUMENT_TOKEN_TO_BE_REPLACED

The total import-export value of the country in June reached $43.28 billion, up 15.8 per cent over May, of which export value rose 17.6 per cent month-on-month and import value leapt 14 per cent.

Three groups of products had import turnover of $1 billion in June, including machines, equipment and spare parts; phones and accessories; and all kinds of fabric.

Phones and components topped the list with $21.5 billion and computers, down 8.4 per cent. The export value of computers, electronic product and components reached $19.3 billion, up 24.2 per cent and textiles and garments $12.8 billion, down 15.5 per cent.

According to the Ministry of Industry and Trade, exports are gradually growing and Việt Nam’s import and export activities are expected to grow more robustly in the last six months when countries open their economies and push the recovery process.

Meanwhile, exports of domestic enterprises increased 11.7 per cent over the same period last year, showing their resilience to negative external impacts. Their growth momentum is no longer dependent on agricultural and aquatic products as in the past. This trend has started in the last two years, especially being clearer in 2019, when exports of agricultural and fishery products faced difficulties.

In addition, the trade agreement between Việt Nam and the European Union (EU), set to take effect from August 2020, will open greater opportunities for Vietnamese enterprises to access the world’s second-largest import market with a population of more than 508 million people and combined GDP of about $18 trillion. — VNS 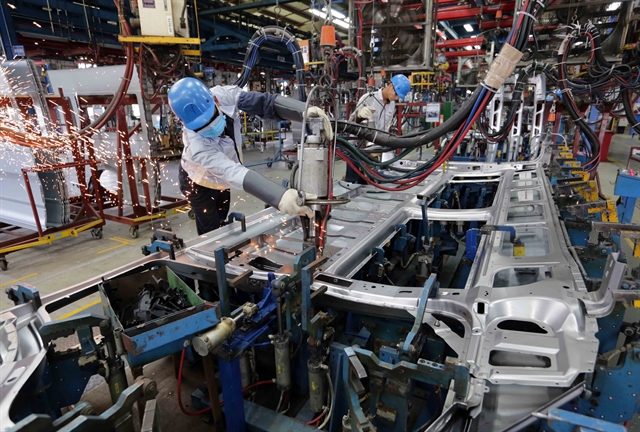 A factory belonging to a foreign company in Hải Dương.  There are several things Việt Nam could do to become more attractive to foreign investors.—  VNA/VNS Photo Trần Việt

HCM CITY — Speeding up infrastructure development and improving ease of doing business and vocational training are among things Việt Nam can do to make itself more attractive to foreign investors post-Covid-19, according to investment fund VinaCapital.

Don Lam, the fund’s co-founder and CEO, said, “Consultants expect  20 per cent of China’s manufacturing sector to move out the country in the coming years. END_OF_DOCUMENT_TOKEN_TO_BE_REPLACED 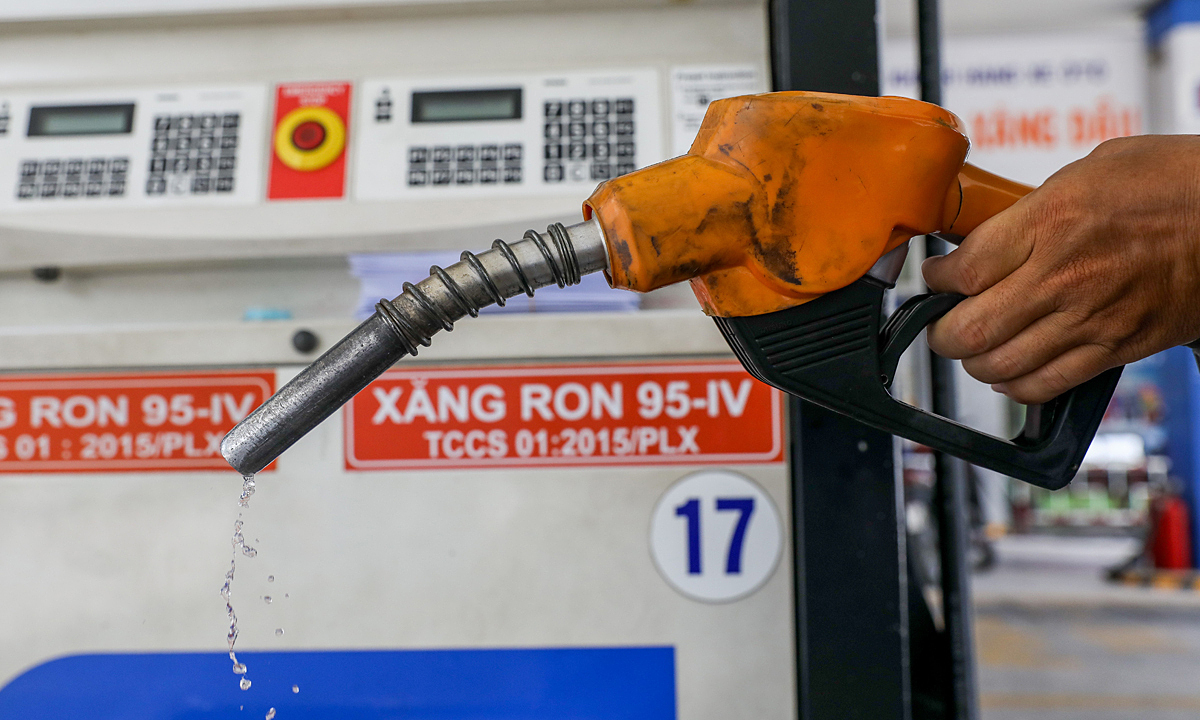 An employee holds a fuel nozzle at a fuel station in District 1, Ho Chi Minh City. Photo by VnExpress/Quynh Tran.

The Ministry of Industry and Trade has proposed that fuel distributors be allowed to sell a maximum of 35 percent of their stake to foreign investors.

The ministry rationalized that several exceptions the government has allowed so far, such as 20 percent foreign ownership in Petrolimex and 35 percent in Petrovietnam Oil, have considerably improved the performance, competitiveness and value of these fuel distributors.

Vietnam joined the World Trade Organization in 2007 but did not open the market to foreign investors in order to allow local companies to grow and secure key positions in fuel distribution, the ministry said.

Now, after 13 years, local companies have achieved the target and need more capital to invest in storage and port infrastructure to improve production to meet domestic demand, and for this, they need foreign investment, it said.

The ministry added that the 35 percent cap will keep foreign investors from taking complete control of the sector, which is key to the nation’s economy.

Petrolimex and Petrovietnam Oil are the two main fuel distributors in Vietnam and the government holds a majority stake in both companies. Japan’s Idemitsu Q8 is the only foreign-owned petrol chain in Vietnam with four outlets since entering the market in 2017.

Idemitsu Kosan Co., Ltd is one of the four investors behind the Nghi Son Refinery and Petrochemical LLC in the central province of Thanh Hoa.

Officials had said earlier that 70-75 percent of fuel consumed in Vietnam is being produced locally and the rest imported from several countries including South Korea, Malaysia and Singapore.

Two factors have combined to cushion the blow of Covid-19 on Vietnam’s economy, at least in comparison to other economies across Asia and the world. For one, the country was successful in containing the virus. In fact, reports highlight that the last report of community transmission of Covid-19 in Vietnam was two months ago. END_OF_DOCUMENT_TOKEN_TO_BE_REPLACED

Trade tensions between the US and China have been the talk of the town since the year 2018. With the two world powers undergoing a lengthy trade dispute, there are unending speculations on the impacts on both nations, and also the probable spillover effects on the Southeast Asian (SEA) countries. END_OF_DOCUMENT_TOKEN_TO_BE_REPLACED