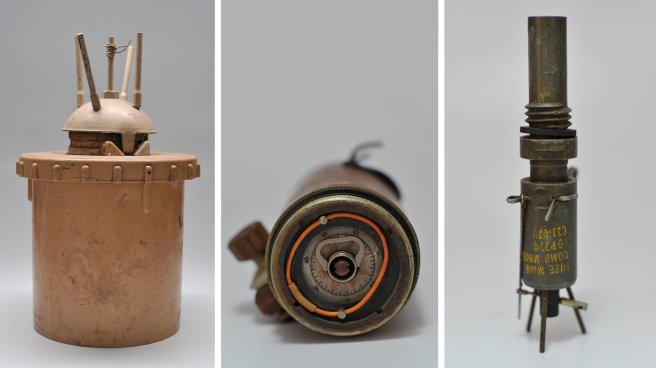 An assortment of land mines and bomb parts that were removed from the ground in Afghanistan. Photos by Larry Towell/Magnum Photos

The world is rolling backward, and at a disturbingly faster pace, in the struggle to limit carnage from land mines and other booby-trap explosives. The most recent numbers, covering 2016, are appalling.

Known casualties that year came to 8,605, including 2,089 deaths, according to a new report by Landmine Monitor, a research arm of the International Campaign to Ban Landmines. The toll was nearly 25 percent higher than the 6,967 maimed and dead counted a year earlier, and more than double the 3,993 in 2014. And these numbers are almost assuredly an undercount. “In some states and areas, numerous casualties go unrecorded,” Landmine Monitor said.

Much of the 2016 mayhem stemmed from conflicts in Afghanistan, Libya, Ukraine and Yemen, but people in 56 countries and other areas were killed or wounded by improvised explosive devices and other ordnance placed by governments or, more commonly, by insurgent groups. The sheer indecency of it is self-evident. Nearly 80 percent of the victims were civilians; children accounted for 42 percent of civilian casualties in situations where the ages were known.

One subset of the menace, cluster munitions, is singularly vicious. A single cluster bomb can contain dozens, even hundreds, of baseball-size bomblets that spray in all directions, ripping apart anything in their path. All too often, they fail to detonate right away and thus become time bombs that imperil unwary civilians who pick them up, including curious children. Cluster munitions alone caused 971 known casualties in 2016, more than twice the toll of the previous year, according to Cluster Munition Monitor. Most victims were Syrians, nearly all of them civilians, but Saudi Arabia has also used American-supplied cluster bombs in Yemen.

Perhaps the saddest part of all this is that for well over a decade the world seemed to have gotten a grip on what are referred to generically as the “explosive remnants of war.” Thanks to an international treaty that came into force in 1999 — now signed by 163 countries and banning the production, stockpiling and transfer of land mines — casualties declined steadily worldwide. They reached a low of 3,450 in 2013, compared with 9,228 in 1999. (A companion treaty outlawing cluster munitions, joined by 119 countries, went into effect in 2010.) As the death and injury toll for 2016 shows, nearly all that hard-won progress has been erased by the brutal conflicts of recent vintage.

The picture is not irredeemably bleak. The Landmine Monitor said that 32 donors, led by the United States, contributed nearly $480 million in 2016 for mine clearance and victim aid. That was an increase of 22 percent from the year before. More than 232,000 antipersonnel mines were reportedly destroyed in 2016, and about 66 square miles — an area nearly the size of Brooklyn — were cleared of explosive hazards.

The grim reality, though, is that the land mine and cluster munitions treaties are undercut by the refusal of some of modern warfare’s most powerful players to sign them. Among those countries are China, Iran, Israel, North Korea, Russia and Saudi Arabia. And the United States. The Pentagon has long insisted that eliminating cluster bombs could put soldiers at risk. As for land mines, they are deemed by Washington to be a useful tool in the demilitarized zone separating North and South Korea — a first-line defense for the South against a possible invasion. But given the North’s nuclear buildup, a mined DMZ seems to be a Cold War vestige of diminished value.

Washington is not immune to international suasion. Land mines are so stigmatized that American forces have barely used them since the 1991 Persian Gulf war. The United States stockpile, estimated at three million mines, is significantly reduced from pre-treaty years; it’s puny compared with the 26 million mines that Russia has on hand, according to the International Campaign to Ban Landmines. Similarly, American reliance on cluster munitions, which peaked in the early stages of the 2003 Iraq war, has all but disappeared.

In 2014 the Obama administration even signaled it might be willing to join the anti-mine treaty. Regrettably, that step never came. It might have been a moral statement encouraging others to follow suit. Now, with President Trump openly disdainful of international agreements, the likelihood of Washington’s signing the treaty would seem to be about zero. The Pentagon, under his ultimate control, recently authorized the military to restock older cluster munitions, whose immediate failure rate can be high, leaving bomblets that can explode and kill civilians even years later.

For countries like Afghanistan, Libya, Ukraine and Yemen, the risks may endure long after the guns go silent. Vietnam provides an example. Since the war there ended in 1975, at least 40,000 Vietnamese are believed to have been killed and another 60,000 wounded by American land mines, artillery shells, cluster bombs and other ordnance that failed to detonate back then. They later exploded when handled by scrap-metal scavengers and unsuspecting children.

The lesson is stark for today’s war-torn countries. They could reap the same whirlwind in coming decades.