WASHINGTON — This is not the happy ending we were led to expect.

When Myanmar elected Daw Aung San Suu Kyi’s party to power in 2015, she was widely portrayed as a sort of political saint, an icon who had endured great suffering to guide her people from dictatorship to democracy.

President Barack Obama praised her. Hillary Clinton embraced her in public. The Senate majority leader, Mitch McConnell, once compared her favorably to Gandhi.

Today Ms. Aung San Suu Kyi, the de facto leader of Myanmar, is the target of worldwide criticism for standing by as her country’s military wages a campaign of murder, rape and torture against the Rohingya minority group.

Though her fall from grace was exceptionally spectacular, this is a common story. Western leaders champion individuals, often activists who have made heroic sacrifices, as the one-stop-shopping solution to the problems of dictatorship or shaky new democracy.

In their zeal to find a simple solution to the complex problem of political change, they overlook their heroes’ flaws, fail to see the challenges they will face in power, and assume that countries are the products of their leaders, when it is almost always the other way around. 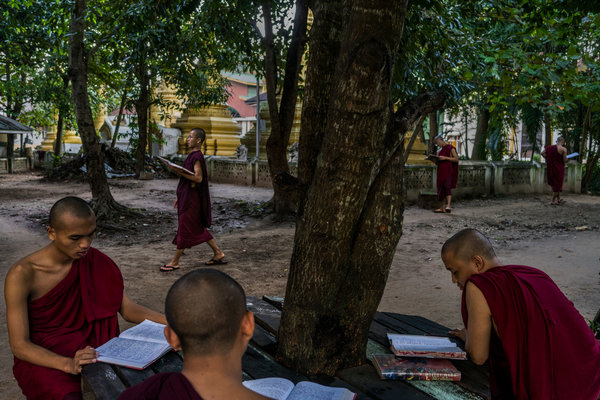 “We keep ending up in this situation where we either idolize or demonize foreign leaders,” said Danielle Lupton, a Colgate University political scientist who studies how leaders’ behavior affects foreign policy.

Some of that is simply politics. But Ms. Lupton believes that those simplistic judgments are rooted in a quirk of psychology that makes them hard to avoid, and harder still to alter once they take hold.

“In political psychology there’s this notion of confirmation bias: that you have a predetermined belief about either an outcome or in this case whether a person is good or bad,” she said. That bias leads people to subconsciously select information that reinforces those beliefs — and to ignore facts that are inconsistent with it.

That helps explain how Ms. Aung San Suu Kyi’s champions in the West seemed to overlook signs that she might not be a paragon of liberal democratic values after all.

In a 2013 interview with the BBC, for instance, she brusquely dismissed questions about rising violence against the Rohingya, saying that Buddhists had also been displaced from their homes and that there was fear “on both sides.” Asked why the violence had overwhelmingly affected Muslims, she deflected, saying that Buddhists lived in fear of “global Muslim power.”

Though such episodes mounted during her rise, they conflicted with Ms. Aung San Suu Kyi’s saintly image, and so went largely unnoticed. Western leaders continued to embrace her, building her legitimacy as they pressured the transitional government to hold elections that were widely expected to elevate her to power.

“Confirmation bias is so powerful that we can ignore information that conflicts, and don’t even notice we’re doing it,” Ms. Lupton said.

That can feed a much more significant political bias, experts say, toward believing that a political system will take on the characteristics of its leader. In fact, the truth is often the opposite.

Together, those biases make it easy to conclude that if heroic individuals could just win power, that would be enough to bring democracy and freedom.

“We’re always in search of the leader that we can rely on to be our partner so that we can just kind of sign off on that person and go back to worrying about other things,” said Elizabeth Saunders, a George Washington University political scientist who studies American foreign policy. 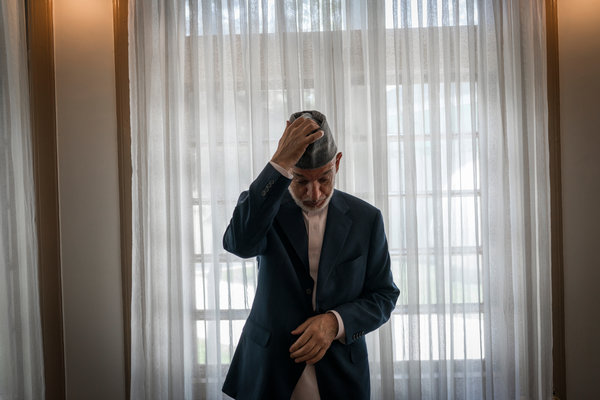 Former President Hamid Karzai of Afghanistan in Kabul in 2016. The United States once championed him as the democratic successor to the Taliban’s oppressive regime.
ADAM FERGUSON FOR THE NEW YORK TIMES

A Long Line of Would-Be Saviors

The simple story of a crusading leader who will transform a nation rarely works out that way.

The United States once championed the Afghan leader Hamid Karzai as the democratic successor to the Taliban’s oppressive regime. But Washington was disappointed to find that Mr. Karzai, rather than rising above the problems of corruption and cronyism that had beset Afghanistan, established an inner circle that embodied them.

“If you hold up a leader as a paragon of virtue, you may aid in consolidating their power, which can have all kinds of unintended consequences,” Ms. Saunders said.

In Rwanda, President Paul Kagame was hailed as his country’s savior when he took office, with Western support, after the 1994 genocide. But despite successes in reducing poverty, he has proved to be an authoritarian leader. Opposition politicians often end up in prison, in exile or dead. Human Rights Watch has documented widespread military detention and torture.

And it was easy to support the Sudan People’s Liberation Movement when it was a rebel group fighting Omar Hassan al-Bashir, the Sudanese leader currently under indictment for genocide in Darfur. But after the group’s officers and allies took power in the newly independent South Sudan, they helped plunge the country into civil war.

It is not only Western leaders who make such misjudgments. In the 1960s and ’70s, activists worldwide cheered the rise of African independence leaders like Zimbabwe’s Robert Mugabe, many of whom later hardened into dictators.

There are exceptions, such as Nelson Mandela, the first post-apartheid president of South Africa. But the Mandelas are so uncommon, and their successes rely on so many factors clicking into place, that they are still marveled over as wondrous mysteries, including among frustrated activists in Myanmar. 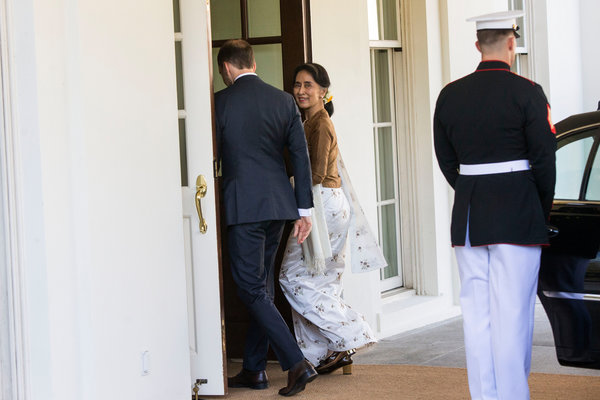 ‘Features of a Dictator’

Ms. Aung San Suu Kyi is not Mr. Kagame or Mr. Mugabe, but after less than 20 months in office she is showing hints of the traits that define such leaders.

Upon winning power, she quickly sidelined many of the activists and civil society groups that had aided her rise. “She is only listening to those close to her,” said U Yan Myo Thein, an activist with the pro-democracy 88 Generation group and a former political prisoner, characterizing her inner circle as a “personality cult.”

“This is one of the features of a dictator,” he said.

As international plaudits for Ms. Aung San Suu Kyi continued to mount, some in Myanmar saw growing signs that she was consolidating power and suppressing critics.

Though they claim themselves as an icon of democracy, they want to centralize and control everything,” Kyaw Thu, who leads the prominent civil society group Paung-Ku, said of the elected government. He added, “Anyone not supporting their agenda is the enemy.”

Dozens have been charged under a law that restricts criticism of the government, an echo of the imprisonment of dissidents under military rule.

Even beyond her stance on the Rohingya, he said, “Aung San Suu Kyi has not been a particularly liberal leader.” 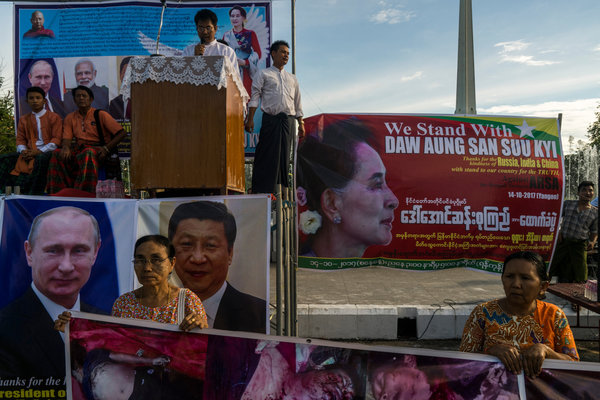 A demonstration this month in Yangon in support of Ms. Aung San Suu Kyi’s handling of the Rohingya crisis.
ADAM DEAN FOR THE NEW YORK TIMES

A Lesson to Learn?

Though senior policymakers seem confident in their habits, younger voices are beginning to question whether the international community, after so many such disappointments, might have something to learn.

“This pattern is far too frequent to be ignored,” Tim Hirschel-Burns, a Peace Corps officer in Benin, wrote on his personal blog.

Perhaps the underlying model, of reforming a troubled country by installing a promising leader, might have the problem backward, he argued. Perhaps change needs to come bottom-up, even if this is harder and messier and takes longer.

“People in these countries, just as we are, are largely products of their environments,” he wrote.

Treating Ms. Aung San Suu Kyi as somehow above Myanmar’s problems allowed the world to see only her “moral righteousness and bravery rather than the political force she represented,” he added.

Even leaders who say all the right things and show good intentions tend to reflect the systems through which they rise. If those systems remain broken, it is fair to blame leaders for their mistakes, but unrealistic to expect a different outcome.

Ms. Aung San Suu Kyi, after all, may be enacting a version of democratic rule that is in line with what many of Myanmar’s citizens demand.

A 2015 survey by Asia Barometer found that most respondents in the country opposed checks on executive power, believed religious authorities should have a role in lawmaking and said citizenship should be tied to religion. Support for a strong-handed ruler was high and support for full rights for minorities was low.

“People want democracy in the sense of being rid of dictatorship and having a leader that’s popularly elected,” said Thant Myint-U, a historian and former United Nations official. “But that’s very different from accepting the whole panoply of liberal values, especially when it comes to issues of race, ethnicity or gender equality.”

It is worth asking how much of the Western anger now directed at Ms. Aung San Suu Kyi, including calls to revoke her Nobel Peace Prize, is partly buyers’ remorse from supporters who regret their own role in transforming her into such a powerful symbol.

Andrew Selth, a professor at the Griffith Asia Institute, wrote in a recent article, “If Suu Kyi had so far to fall, it is because the international community raised her so high.”

Earlier versions of this article incorrectly listed the year of the Rwandan genocide. It was in 1994, not 2004.