Last year’s withdrawal of US forces from Afghanistan marked the end of the US’ longest war.

Would the war have even started if US leaders had told the truth from the beginning? #AJVantagePoint looks at the history of the fog of war and military deception.

We are raiding the Audio Long Read archives to bring you some classic pieces from years past, with new introductions from the authors.

This week, from 2018: the credibility of establishment figures has been demolished by technological change and political upheavals. But it’s too late to turn back the clock

END_OF_DOCUMENT_TOKEN_TO_BE_REPLACED

Fifty years on we know the trigger for war with Vietnam was a fiction. Will it be another 50 before we know the truth about Iraq?

Once there was a president who warned the world about conduct his government would not tolerate. And when this “red line” was crossed, or seemed to be, he took the US to war. Though this might sound like America’s involvement in Iraq, or Afghanistan, or Belgrade, or Libya, and what may yet become a wider war in Syria, this story began 50 years ago, on 4 August 1964.

END_OF_DOCUMENT_TOKEN_TO_BE_REPLACED 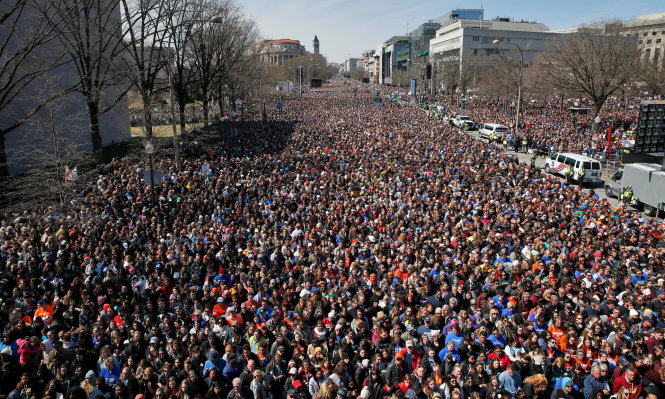 END_OF_DOCUMENT_TOKEN_TO_BE_REPLACED

I write these words from Bangkok, Thailand, on the eve of the 2016 presidential election in the United States. In about 32 hours, the entire global population will rejoice that the American election is finally, at last, over. If we put half the energy and ink that went into analysis of this election into actually addressing our problems, we might make some real progress. It has become nonsensical, the endless campaigning and jockeying. Do we really need two years to get to know our presidential candidates?
19.07.201613.07.2016 ~ Đào Thu Hằng ~ Bình luận về bài viết này

Most people study nuclear warfare by studying the new developments in the weapons themselves. Hugh Gusterson takes a different approach. Instead of studying the weapons, he studies the nuclear scientists who created them. He took to the TEDxFoggyBottom stage to share what he learned.

Dr. Gusterson’s research focuses on the interdisciplinary study of the conditions under which particular bodies of knowledge are formed and deployed, with special attention to the science of war, the military, and nuclear weapons.

His research addresses the problem of how to understand knowledge as a cultural formation, and how to analyze the historical and structural transformations of science and technology. He asks questions such as: How do cultures of science initiate and shape participants? How can we critically assess universalist claims about scientific and military “truths?” How do scientists justify their complicity with the projects of nation-states?

When we rise in the morning and listen to the radio or read the newspaper, we are confronted with the same sad news: violence, crime, wars, and disasters. I cannot recall a single day without a report of something terrible happening somewhere. Even in these modern times it is clear that one’s precious life is not safe. No former generation has had to experience so much bad news as we face today; this constant awareness of fear and tension should make any sensitive and compassionate person question seriously the progress of our modern world.
END_OF_DOCUMENT_TOKEN_TO_BE_REPLACED