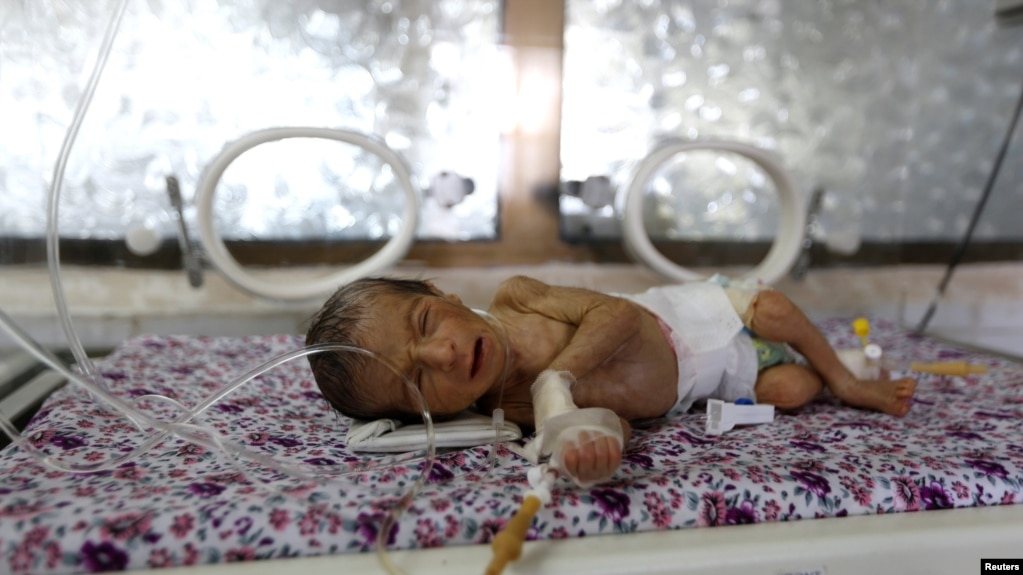 A premature baby lies in an incubator at the child care unit of a hospital in Sana’a, Yemen January 16, 2018.

Share
GENEVA — A report by the U.N. children’s fund finds babies born in war-torn Yemen are dying at an alarmingly high rate because of the collapsing health system, lack of food and clean water.

The U.N. children’s fund reports more than three million children have been born in Yemen since the country’s civil war escalated in March 2015. The agency’s report, called “Born into War”, describes the violent, hopeless situation of displacement, disease, poverty and hunger into which these children are born.

UNICEF says most of the estimated 3,000 babies born every day are delivered outside a health center, with no skilled birth attendant present. It reports 40 percent of the births are premature and 30 percent suffer from low birth weight. Most worrying of all, it notes, is 25 percent of the newborns die within their first month because of infections and a variety of deprivations. 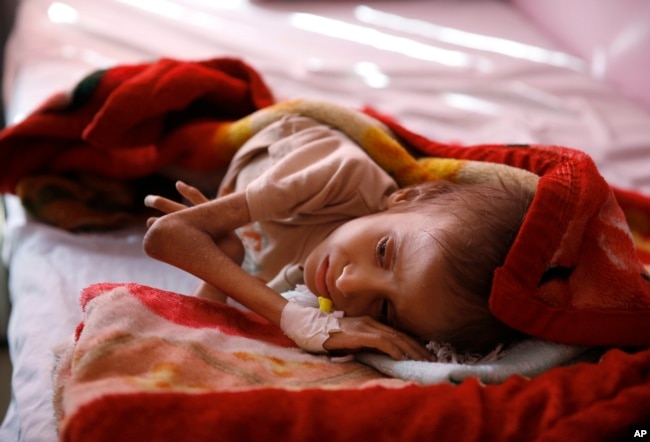 FILE – A malnourished child lies in a bed waiting to receive treatment at a therapeutic feeding center in a hospital in Sana’a, Yemen, Jan. 24, 2016.

“A child who is suffering from severe acute malnutrition is nine times more likely to die than a child who is correctly nourished,” said Boulierac. “So, these children are in danger.”

The report finds at least 5,000 children have been killed or maimed in the violence. That means an average of five children have lost their lives or been injured every day since the Saudi-led coalition began bombing Houthi rebels in support of the Yemeni government nearly three years ago.

UNICEF says more than 11 million children, nearly every child in Yemen, needs humanitarian assistance to survive. And, those who do survive, it says, are likely to carry the physical and psychological scars of the brutal conflict for the rest of their lives.