One night, a five-year-old boy named Sheru became separated from his older brother at a train station in central India. Somehow, he ended up on a train that took him nearly 1,000 miles away to Kolkata where he knew no one, and none of the language.

He learned to survive on the streets until a stranger reported him as a lost child to the police and he was taken to an orphanage. Then, he was adopted by a couple in Tasmania, 10,000 miles away from his home.

Sheru inspired a book and the Oscar-winning film Lion, but the beginning of the story is far from extraordinary. Some 80,000 children in India go missing every year and millions of others around the world, for one reason or another, are separated from their families. The vast majority are not rescued by kind strangers. Nobody is accountable for them, and the children become some of the millions of the uncounted.

At present, NGOs have only a vague idea of the real numbers of children surviving without their families. The figures that are usually quoted state that there are 100 million street children worldwide, that eight million children live in orphanages, and somewhere around one million are deprived of their liberty – detained or imprisoned.

The difference between the two numbers is enormous, and I’m sure you could apply that to many countries around the world

But these figures are not up to date. The figure for the number of children living in orphanages, for example, is “a gross underestimate”, says Leigh Mathews, coordinator of ReThink Orphanages. She followed the trail of citations through decades of reports and tracked the figure back to a 1985 report by Defence for Children International. Since then in Cambodia, to give just one example, the numbers have changed from an official 12,000 to between 50,000 and 70,000 children, according to a 2015 study by Columbia University.

“The difference between the two numbers is enormous, and I’m sure you could apply that to many countries around the world,” says Mathews. Indeed, if the international community has underestimated the eight million figure to the same degree, there could be as many as 33 million children living in orphanages around the world.

Falling off the radar

“The dangers of not counting children who live out of households are huge, and the risks can be life-threatening,” says Nolan Quigley, advocacy and campaigns manager at Lumos. “These children live at high risk of abuse, neglect and trafficking.”

The immense vulnerability of children living in orphanages was recently highlighted during the trial of Matthew Durham, a man from Oklahoma who was convicted of sexually abusing children while volunteering at an orphanage in Kenya. Prosecutors told the court that Durham had raped three girls – aged five, nine and 15 – eight times, and twice sexually molested a 12-year-old boy. He was sentenced to 40 years in prison last month. 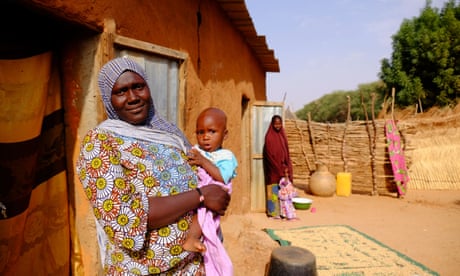 Why have four children when you could have seven? Family planning in Niger

Institutionalised children are at risk from other threats such as malnutrition, stress and anxiety, and restrictions which negatively impact their development, according to research from Lumos. Last month, almost 100 children were found to be on the brink of starvation in orphanages in Belarus. One 20-year-old woman weighed just 11.5kg – the weight of a toddler.

In Cambodia, 38% of the orphanages in the country had never been inspected and one in ten was unregistered, according to a 2015 government report. In response to the damning report, 3,500 children living in so-called orphanages with appalling conditions were sent home to their families.

Children who have grown up in state care are more likely to struggle throughout their lives. In Russia, for example, a third of care leavers become homeless, one in five ends up with a criminal record and one in 10 commit suicide, according to a World Bank study published in 2000.

And governments can’t create policies for people they don’t know exist. “The multiple violations of their rights just keeps going because nobody has the information or the budget to do anything about it,” says Sarah Thomas de Benitez, chief adviser for the Consortium for Street Children. “By not enabling them to become productive members of society, you’re creating the conditions in which they are likely to remain on the margins.”

In 2015 the world signed up to the sustainable development goals (SDGs), with a central pledge to leave no one behind. But when it comes to this specific issue, there is a problem in the way progress on many of the 17 goals and 169 targets will be measured; by countries conducting household-based surveys. By their nature, these surveys exclude anyone who lives outside of a traditional household. The homeless, refugees and nomadic peoples – usually the poorest and most vulnerable – will not be counted, and neither will children who live in orphanages or on the streets.

Now more than 250 NGOs have called on the UN to include these children in its statistical map. The All Children Count campaign, spearheaded by Lumos and SOS Children’s Villages, wants the SDGs monitoring framework to ensure that all children who live outside of parental care are represented in disaggregated data, and that the ways data is collected are expanded and improved to make this possible.

Want accurate data on people with disabilities? Ask them

“One of the many things national governments say about the general data gap is that they lack the capacity to collect the data needed to get the full picture on any development issue, let alone on the issue of children outside households,” says Merel Krediet, advocacy and campaigns officer at Lumos. “We want to push for capacity building for national statistics officers and highlight the fact that we must look at the greatest gaps first – this is one of them.”

Uganda, for example, has brought in legislation which requires any institution that looks after children to record how many they have supported every three months. But adherence to this is rarely – if ever – enforced.

In Cambodia, legislation requires all children in orphanages to be counted and for there to be a central system to keep records on numbers. There is political will, but the means are lacking at ground level. “Of the Asean countries, Cambodia has one of the strongest sets of policy around the issue,” says Mathews. “But when I talk to local government staff whose job it is to count children in orphanages, they say: ‘I don’t even have money to put gas in my motorbike to go and do the assessment’.”

The All Children Count campaign is running in parallel with other efforts to make sure uncounted children are no longer invisible. Back in December 2014, the UN Resolution on the Rights of the Child called for a global study on children deprived of liberty. Children deprived of liberty are defined as those in criminal detention, immigration detention, who are incarcerated with their parents, in institutions (orphanages, homes for disabled children), in armed conflict and children who are treated as national security threats.

Six megatrends that could alter the course of sustainable development

After a long two years of preparation – establishing a taskforce and appointing Austrian human rights lawyer, Manfred Novak, as its independent expert – a questionnaire is now going to be sent to UN member states, asking them to collect data on the number of children who fit those categories.

“It’s been a long and cumbersome process as states are not keen on showing this data or to have attention shed on this problem,” says Isabell Meenen, advocacy officer at Defence for Children International. In October 2018, the data will be presented to the UN, along with a set of recommendations around the alternatives to juvenile detention.

The role of technology

The next step in the All Children Count campaign is to explore ways technology can help states collect data on invisible children. Technology could help locate unregulated, privately-run orphanages through satellite mapping and could help local communities conduct more accurate, citizen-led surveys. It could help social workers collect and share information about vulnerable children, and improve the efficiency of data collection surveys. All these possibilities will be explored, but “it is crucially important that any solutions are developed with child protection experts, given the acute vulnerabilities of children living outside family care,” says Quigley.

Roy Carr-Hill, an independent researcher who first identified the issue of the millions of people being left out of household-based surveys in 2013, believes that better birth and death records could also help prevent children falling off the radar. “In developed countries, censuses are done every 10 years but they’re updated every year by birth and death registrations, and we have a rough idea of net migration,” he says. “In many developing countries, censuses are done well but they don’t have robust systems for recording births and deaths, so their figures aren’t updated as regularly. We need to bring back serious attempts to register birth and deaths to give developing countries a chance to count those they don’t know about.”

When children are counted

Working out just how many young people are being left out of development efforts is the first step to protecting some of the world’s most vulnerable, upholding their human rights, and ending the institutionalisation of children.

“When all the kids are counted and we truly know the scope of the problem, we have that evidence base to go back to governments, philanthropists, schools and travel companies and show them what we need to do to get kids back with their families,” says Mathews. “Counting children comes with an accountability to respond.”

Join our community of development professionals and humanitarians. Follow @GuardianGDP on Twitter. Join the conversation with the hashtag #Dev2030.