In District 1, away from all the upscale restaurants and swanky bars of the financial and entertainment districts is the first underground market of Saigon, where authentic Vietnamese food is crafted and enjoyed daily.

Bai Tu Long National Park in the northern province of Quang Ninh has been named the 38th ASEAN Heritage Park.

The title awarding ceremony was held by the Ministry of Natural Resources and Environment, the United Nations Development Programme (UNDP) and the local People’s Committee in Ha Long city on May 19, coinciding with a ceremony to mark International Day for Biological Diversity (May 22) and International Migratory Bird Day (May 10). END_OF_DOCUMENT_TOKEN_TO_BE_REPLACED

22.05.2017 ~ Trần Đình Hoành ~ Bình luận về bài viết này
vietnamnet
VietNamNet Bridge – To date, Phu Quoc – Vietnam’s largest island – has attracted US$16.7 billion of investment into a range of international-scale projects, which not only give the island a new face, but also attract other projects as well as tourists. Among them, Sun Group’s projects in the south of the island are one of the engines of change.

Phu Quoc used to be an almost unknown island, but in recent years, the southern beaches of the island have turned into a worldwide vacation paradise thanks to the investment of many domestic and foreign companies. One of the biggest investor is Sun Group, with up to VND20 trillion ($881 million) of investment capital. END_OF_DOCUMENT_TOKEN_TO_BE_REPLACED

[Le Van Tan, an official at the Land Registration Office of District 7, looks through T.’s papers at his company, April 27, 2017.
Tuoi Tre]
Updated : 05/22/2017 15:01 GMT + 7
An estate official in Ho Chi Minh City has been receiving money to turn a blind eye to buildings in violation of their construction permits, Tuoi Tre (Youth) newspaper has discovered.

With the help of around VND100 million (US$4,400) and a good connection, a hotel built in violation of its permit can be ‘legitimized’ in Ho Chi Minh City.

Last month, T., an estate developer in Ho Chi Minh City, had planned on taking over a small hotel on Nguyen Thi Thap Street in District 7.

According to the building’s construction permit, the hotel is licensed to include one ground floor, one mezzanine, three floors and a partial roof. END_OF_DOCUMENT_TOKEN_TO_BE_REPLACED

HÀ NỘI — The Hà Nội Health Department has announced the first death from dengue fever since the beginning of this year.The Central Tropical Diseases Hospital on Sunday confirmed that a 19-year-old student who rented a house in Đống Đa District’s Trung Liệt Ward died of dengue.

In Hà Nội, the number of patients with dengue fever has shown a tendency of increasing since early this month, with 27 cases recorded in the last two weeks. END_OF_DOCUMENT_TOKEN_TO_BE_REPLACED

According to the department, the company was fined VND8 million for encroaching the Dak Bla River and VND32 million for illegally mining 3,507m3 of sand over an eight-month period.

A report from the Kon Tum Department of Mineral Resources and Environment said the Xuân Tài Co Ltd had used mechanised facilities to dig holes and build embankments to stop the flow of the Đăk Bla River in order to illegally exploit minerals, END_OF_DOCUMENT_TOKEN_TO_BE_REPLACED

At the committee’s eighth meeting in Hà Nội, the Ministry of Agriculture and Rural Development reported that climate change has appeared sooner than previously forecasted. The Mekong Delta, the country’s key agricultural hub, has suffered most severely. Up to 10 of the 13 Mekong Delta provinces declared a state of disaster in the dry season last year. END_OF_DOCUMENT_TOKEN_TO_BE_REPLACED

Dương Quốc Chí, 58, an overseas Vietnamese from Italy, combines a quick vacation in HCM City with a visit to a dentist.

“Dental care in Việt Nam costs about a third of the price compared to Italy,” he said. END_OF_DOCUMENT_TOKEN_TO_BE_REPLACED

Chi Chia-wei will find out on Wednesday if his decades long fight to make Taiwan the first country in Asia to legalise same-sex marriage has been a success.

Chi, 59, a pioneering Taiwanese gay rights activist, is the celebrated face behind one of the most controversial legal cases the island democracy has seen in recent years, where 14 judges must rule if the civil code, which states that marriage is between a man and a woman, is unconstitutional. END_OF_DOCUMENT_TOKEN_TO_BE_REPLACED

Indonesian police have arrested more than 100 men in a weekend raid on a gay sauna in the capital Jakarta, a day before two men are to be publicly flogged for having same sex relations.

Authorities raided what they said was a sex party promoted as ‘The Wild One,’ held at a sauna and gym venue in Jakarta’s north on Sunday evening. END_OF_DOCUMENT_TOKEN_TO_BE_REPLACED 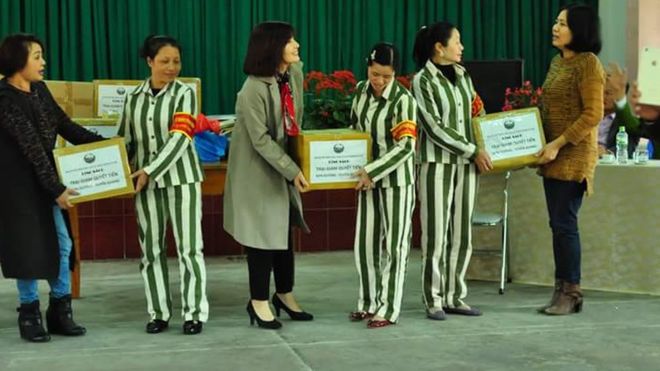 VietNamNet Bridge – For many, Nha Trang evokes images of the sea, or memories of holidays spent on the beach. Nha Trang has always been a popular destination for vacationing Vietnamese, but with air travel becoming ever cheaper and easier, international tourists are getting in on the action.

Visitors to Nha Trang expect a relaxing time, however, a group of local artists is looking to change that. The plan is to provide a more cultural experience to sun-and-sand-seeking holidaymakers. END_OF_DOCUMENT_TOKEN_TO_BE_REPLACED

VietNamNet Bridge – Viet Nam has 20 thermal power plants now and plans to have more than double that by 2050.

Off the cuff, this makes sense. The nation is growing and needs more energy than ever.

However, if we look beyond mere numbers and visualise the social and environmental impacts of 51 coal-powered plants in the country, the rosy picture is blackened considerably, literally and otherwise.

A study published earlier this year by a group of researchers from Havard University and Greenpeace, an international non-governmental environmental organisation based in Amsterdam, cautions that by 2030, Viet Nam and Indonesia will be among the nations worst affected by coal pollution. END_OF_DOCUMENT_TOKEN_TO_BE_REPLACED