A teacher in Vietnam’s Mekong Delta believed that leaking questions of a final examination to the son of a neighbor who has greatly supported him in life is the best way to pay his gratitude forward.

On May 9, eleventh graders at schools across Dong Thap Province were ready to sit for their math and history final tests when they were informed that the exams were canceled in the last minutes as the questions had been leaked online the night before.

Police had launched a probe into the leak, and announced on Friday that Bui Ngoc An, one of the teachers with access to the test papers before the exams, was behind the leak. END_OF_DOCUMENT_TOKEN_TO_BE_REPLACED

Dozens of people loot the product scattered from the crashed truck in this photo shared on Facebook.

The only survivor in a recent truck accident that claimed two lives in the northern province of Hoa Binh was left speechless seeing locals rush out to loot products on the vehicle, instead of helping them.

A truck was transporting rice bran on the National Highway 6 in Quy Hau Commune in Tan Lac District at around 1:45 am on Thursday when the driver lost control and crashed into a mountain.

Only one of the three people in the cabin survived the crash, albeit with multiple injuries.

The sole survivor immediately called for help, only to see dozens of local residents and passers-by jostle to the street to loot the bran bags scattered around the road, he recalled. END_OF_DOCUMENT_TOKEN_TO_BE_REPLACED

Stronger united: Soldiers push a truck stuck in the mud on the trail. END_OF_DOCUMENT_TOKEN_TO_BE_REPLACED

China has denied US allegations that two of its fighter jets intercepted an American “radiation-sniffing” plane earlier this week, saying that its aircraft were acting “in accordance with the law”.

“Related remarks from the US side are inconsistent with fact,” the Chinese defence ministry said in a statement posted to its website late on Friday.

“On 17 May, a US reconnaissance aircraft was carrying out an operation in airspace over the Chinese Yellow Sea (the northern part of the East China sea), and Chinese aircraft acted to identify and investigate in accordance with the law,” the statement said, calling the action “professional” and “safe”. 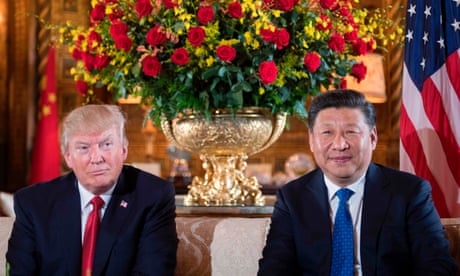 The US air force said in an earlier statement on Friday that its plane, a WC-135 Constant Phoenix, was conducting a “routine mission” in international airspace when it was intercepted by two Chinese Sukhoi SU-30 fighter aircrafts.

The WC-135 is a so-called “sniffer plane” designed to scan the atmosphere for signs of nuclear activity.

“The WC-135 was operating in accordance with international law. While we are still investigating the incident, initial reports from the US aircrew characterised the intercept as unprofessional,” the US air force said.

Mid-air interceptions occur routinely in international airspace, but the US military will often call out foreign pilots if it judges the manoeuvres to be risky or unprofessional.

Meanwhile, China urged the US to halt such reconnaissance exercises in order to prevent future incidents.

“The American military’s frequent reconnaissance operations are the root cause of security issues between the Chinese and US navy and air forces,” the Chinese defence ministry’s statement said.

An expert sheds light on the history, culture and politics of the two Koreas.

WASHINGTON: North Korea recently tested a ballistic missile that landed in the sea between North Korea and Japan. North Korean leaders claim to hold nuclear weapons capabilities that could reach the US, although other recent missile tests have cast doubt on those assertions.

The US is ramping up joint military exercises with South Korea, and President Donald Trump has stated the threats may lead to a “major, major conflict”. South Koreans have elected a new president who may be open to talks with North Korea.

1. WHY IS THERE A NORTH AND SOUTH KOREA?

Before there was a South and North Korea, the peninsula was ruled as a dynasty known as Chosŏn, which existed for more than five centuries, until 1910. This period, during which an independent Korea had diplomatic relations with China and Japan, ended with imperial Japan’s annexation of the peninsula. Japan’s colonial rule lasted 35 years. END_OF_DOCUMENT_TOKEN_TO_BE_REPLACED

US defence chief James Mattis delivered a sombre caution on North Korea saying any military attempts to resolve the crisis would be “tragic on an unbelievable scale”.

Mattis was speaking on Friday to reporters at the Pentagon, days after North Korea test-fired what analysts say was its longest-range rocket yet. END_OF_DOCUMENT_TOKEN_TO_BE_REPLACED