Beijing’s forays in the region present Washington with a test—and an opportunity.

Since taking office, President Joe Biden has talked repeatedly about competition with China. To fight off Beijing and other autocracies, he has said, democracies must uphold their values. He has talked much less about the Middle East in that time, and although he has never phrased it in so many words, Biden appears to be trying to deprioritize a region that he believes has consumed too much of America’s attention and resources.

Europe is not just trailing behind in terms of numbers, but also with respect to quality. Most advanced microchips, which are used in smartphones, computers and other high-tech devices, are currently produced almost exclusively in Asia. [SCHUTTERSTOCK/genkur]

END_OF_DOCUMENT_TOKEN_TO_BE_REPLACED

China’s new maritime law – in which foreign vessels will have to submit details to Chinese authorities when transiting through its ‘territorial waters’ – has now come into force. 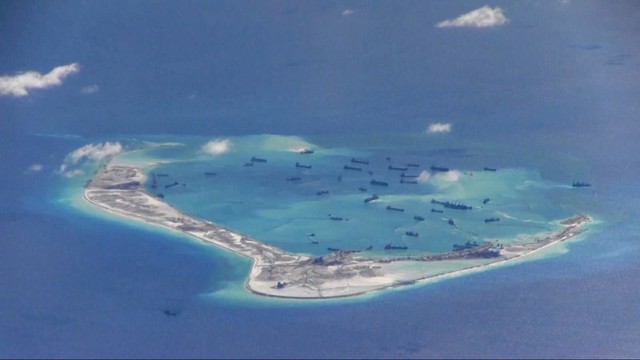 FILE PHOTO: Chinese dredging vessels are purportedly seen in the waters around Mischief Reef in the disputed Spratly Islands in the South China Sea in this still image from video taken by a P-8A Poseidon surveillance aircraft provided by the United States Navy May 21, 2015. U.S. Navy/Handout via Reuters/File Photo

Manoj Joshi The Wire Powered by DIPLOMACYSOUTH ASIA 16 HOURS AGO

In a classic manoeuvre of what is called “lawfare”, China announced a new set of maritime regulations last week that require ships carrying certain types of cargo to provide detailed information to the Chinese authorities when transiting through Chinese “territorial waters”.

Though such demands by littoral states are not unusual, it does not take a genius to understand that this particular move is part of an ongoing Chinese project to establish its jurisdiction over the South China Sea by using Chinese laws and regulation. Neither is the use of “lawfare” to project a country’s goals. The US routinely uses what is called a “long-arm jurisdiction” to claim global authority of its laws and regulations as part of its exercise of projecting power.