END_OF_DOCUMENT_TOKEN_TO_BE_REPLACED

United Nations — A new U.N. report warns “the number of human trafficking victims is on the rise” as criminal gangs and terror groups prey increasingly on women and children to make money and bolster their numbers. The 90-page Global Trafficking in Persons report says that children, who account for 30 percent of all trafficking victims, include “far more” girls than boys.

Sexual exploitation is the main motivation for the trafficking, the report says, accounting for about 59 percent.

“The vast majority of detected victims of trafficking for sexual exploitation and 35 percent of those trafficked for forced labor are female,” Yury Fedotov, Executive Director of the United Nations Office on Drugs and Crime (UNODC) wrote in the report, adding that trafficking cases overall have hit a 13-year high. END_OF_DOCUMENT_TOKEN_TO_BE_REPLACED

A senior judge has resigned from one of the UN’s international courts in The Hague citing “shocking” political interference from the White House andTurkey.

Christoph Flügge, a German judge, claimed the US had threatened judgesafter moves were made to examine the conduct of US soldiers in Afghanistan. END_OF_DOCUMENT_TOKEN_TO_BE_REPLACED

Territorial and maritime disputes among Taiwan, China and several Southeast Asian countries are roiling the South China Sea region, with little prospect of resolution anytime soon. However, the current uneasy status quo may be tenable, so long as the parties embrace serious confidence-building measures through multilateral forums while maintaining effective deterrence vis-a-vis China and a commitment not to use offensive force.

OSAKA – Territorial and maritime disputes among China, Taiwan, and several Southeast Asian countries are roiling the South China Sea region, with little prospect of resolution anytime soon. But the current uneasy status quo may be tenable, so long as the parties embrace serious confidence-building measures through multilateral forums while maintaining effective deterrence vis-à-vis China and a commitment not to use offensive force. END_OF_DOCUMENT_TOKEN_TO_BE_REPLACED

English: 7 Environment and Development Stories to Watch in 2019 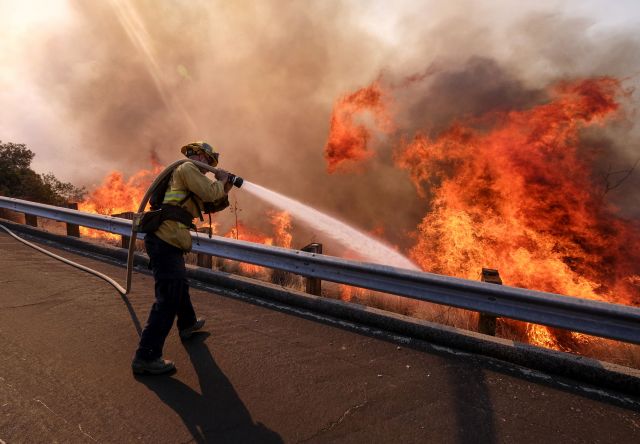 END_OF_DOCUMENT_TOKEN_TO_BE_REPLACED

BEIJING (Reuters) – A U.S. guided-missile destroyer sailed near disputed islands in the South China Sea in what China called a “provocation” as U.S. officials joined talks in Beijing during a truce in a bitter trade war.

The operation was not about any one country or to make a political statement, McMarr said.

The statement came as trade talks between China and the United States were under way in Beijing, the first round of face-to-face discussions since both sides agreed to a 90-day truce in a trade war that has roiled international markets.

“We urge the United States to immediately cease this kind of provocation,” he said, adding that China had sent military ships and aircraft to identify and warn off the ship. END_OF_DOCUMENT_TOKEN_TO_BE_REPLACED

China’s air force is working on two new stealth bombers to replace its aging fleet of Soviet-era Xian H-6 bombers, a new US intelligence report says. While Beijing confirmed the existence of one, the B-2 Spirit-like H-20, in October, the second is being called the JH-XX by observers and is rumored to be a medium bomber. END_OF_DOCUMENT_TOKEN_TO_BE_REPLACED