The US network CNBC reports, citing sources close to US intelligence, the Chinese army installed anti-ship and air-to-air defenses on outposts also claimed by Vietnam and the Philippines over the last 30 days 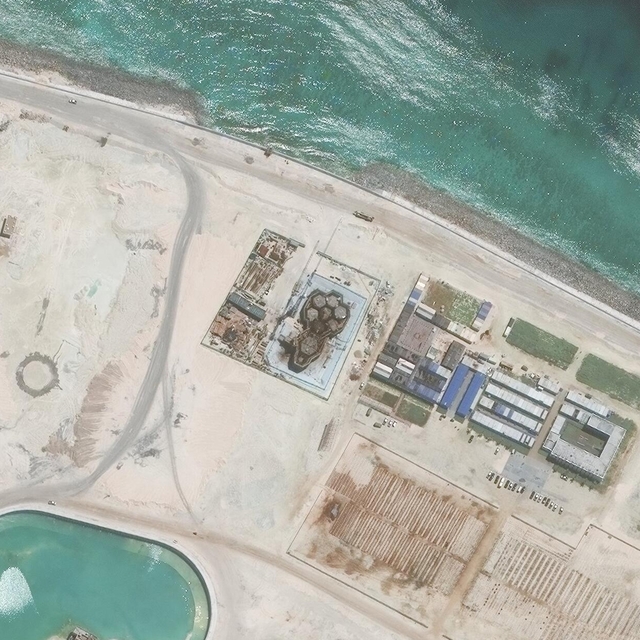 DISPUTED. This 2016 file photo shows a portion of the disputed Mischief Reef in the South China Sea where there are Chinese facilities.

BEIJING, China – Beijing Thursday, May 3, reasserted its right to build “defense” facilities in the disputed South China Sea, but declined to confirm reports it had installed new missiles on artificial islands it has built in the region.

The Chinese army installed anti-ship and air-to-air defenses on outposts also claimed by Vietnam and the Philippines over the last 30 days, US network CNBC reported Wednesday, citing sources close to US intelligence. 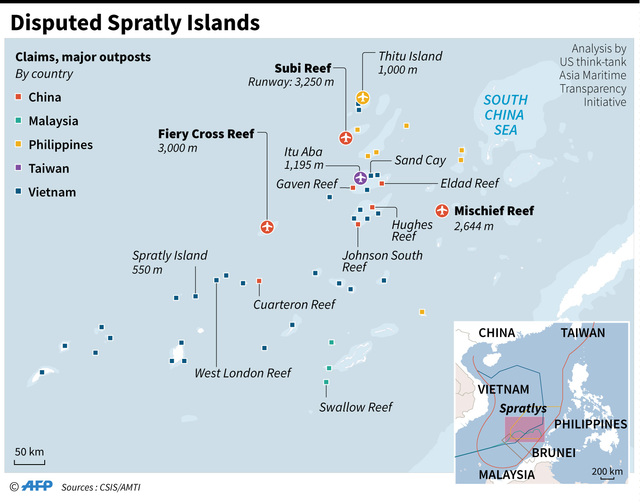 If the information is verified, it could provoke renewed tensions between countries bordering the strategically vital maritime region.

At a regular briefing on Thursday, Chinese foreign ministry spokeswoman Hua Chunying neither confirmed nor denied the deployment.

“China’s peaceful construction in the Spratly archipelago, including the deployment of necessary national defense facilities, is aimed at protecting China’s sovereignty and security,” she said.

“Those who don’t intend to violate (this sovereignty) have no reason to worry,” she said.

The South China Sea issue has been brewing for years, with China, the Philippines, Brunei, Malaysia and Vietnam making competing claims in waters with vital global shipping routes and what are believed to be significant oil and natural gas deposits.

In addition to land-reclamation efforts on reefs it controls and building civilian facilities there, China also has air bases, radar and communications systems, naval facilities and defensive weaponry in place including landing strips able to accommodate military planes.

The new Chinese missiles were reportedly deployed on Fiery Cross Reef, Subi Reef and Mischief Reef, according to CNBC.

They are all in the Spratly archipelago located in waters south of mainland China between Vietnam and the Philippines.

Beijing’s territorial claims, based on its own historical records, have also pitted it against the United States.

While Washington takes no position on the sovereignty claims, it has raised concerns that Beijing is “militarizing” the South China Sea.

But the US Navy itself frequently sends warships and aircraft carriers to patrol the area.

China’s defense ministry did not immediately respond to a request for comment but has previously stressed that the islands were “part of Chinese territory” and that it was up to China alone to decide what it does there. – Rappler.com