The Shanghai-based company’s devices have been in use since February by the Auxiliary Force, a unit of the Malaysian police that provides security at public facilities such as ports. The deal also marks the first use of such wearable devices by the country’s law enforcement agencies.

A spokesperson for the police unit said it would consider the introduction of streaming facial-recognition functions in real time in the near future.

Neither party revealed the value of the contract.

In January, the company opened its first overseas office in Singapore to serve Southeast Asia, Hong Kong, Macau and Oceania. In Malaysia, Yitu is in talks with a casino operator, banks and data centers to offer its range of solutions, said Mark Chee, Yitu’s business director.

The company’s technology can identify a person from its database of 1.8 billion people within 3 seconds with an accuracy of 95%. It has been rolled out in 150 cities in 28 provinces in China, where it is used in public spaces such as airports, banks and hospitals.

Established in 2012, Yitu has raised funding from venture capitalists on numerous occasions, the latest being an injection of $55 million from China’s Hillhouse Capital Group and other investors. 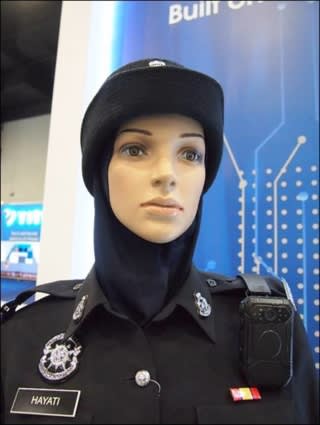 The technology behind Yitu’s wearable camera can identify someone from a database of 1.8 billion people within 3 seconds with an accuracy of 95%.

According to American research company CB Insights, Chinese AI startups like Yitu accounted for 48% of the $15.2 billion of funding raised globally last year, overtaking the 38% raised by their U.S. counterparts. The Chinese government has actively promoted investment in AI.

Yitu was founded to tap the growing demand for AI technologies in China and other emerging markets. One of the co-founders, Leo Zhu, was a postdoctoral fellow at Massachusetts Institute of Technology, specializing in computational photography. The other, Lin Chenxi, is a cloud computing engineer formerly with e-commerce giant Alibaba Group Holding.

Investment in AI in the Asia-Pacific region, estimated at $63.4 billion, has grown in prominence as governments seek to adopt technologies for urban management.