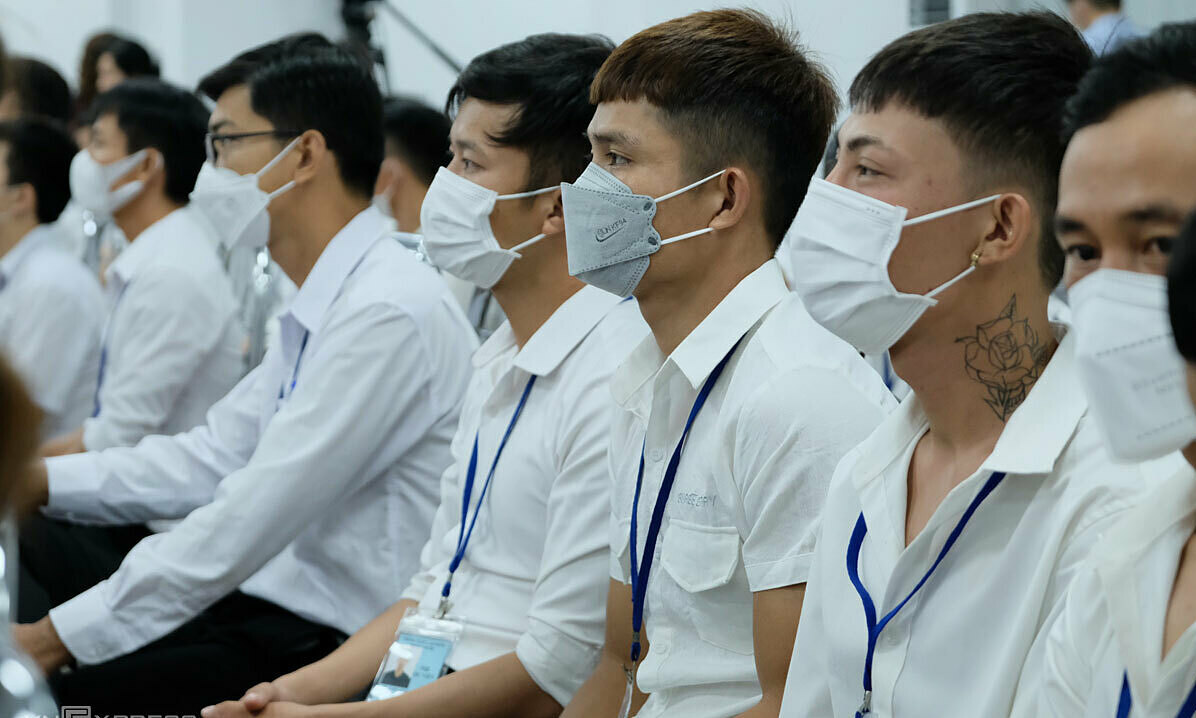 Many workers from Vietnam go to South Korea without a visa or stay back illegally after their labor contract ends.

For five years Hai has been trying to obtain a Korean job through legal channels.

He has invested tens of millions of dong (VND10 million = US$419) and a great deal of effort to study the challenging Korean language, and completed reams of paperwork to apply multiple times under the Vietnam Ministry of Labor, Invalids and Social Affairs’ E9 program which matches local workers with jobs in Korea.

The program is part of a bigger labor export program between South Korea and other countries that allows foreign workers to apply for a non-professional employment visa for semi-skilled jobs mostly in four categories: manufacturing, agriculture, construction, and fishing.

“A successful candidate has to pass tests in Korean and working skills, get accepted by an employer, take a Korean cultural introduction course, sign a contract, get a visa, then voila,” Hai says about the laborious but ultimately rewarding E9 process.

That’s why he has always tried hard, traveling 30 km to a language school for a two-month course, studying hard to get a basic grasp of Korean vocabulary and grammar, even staying away from liquor to ensure he does not forget what he learns.

But once again, such efforts have been in vain since he has been informed that all job applications from Cam Xuyen District are being put on hold indefinitely.

“This is too unfair,” he bemoans.

Hai is not alone in this plight.

Over the last 10 years illegal migration from Vietnam has increased steadily, causing the country’s second biggest labor market, South Korea, to refuse to accept Vietnamese workers on and off.

For instance, from 2013 to 2016 Korean authorities refused to accept workers from certain provinces in Vietnam, leaving as many as 40,000 hopefuls in the lurch.

They had all passed their Korean language tests, but their job applications were binned because of the ban.

At that time too Hai was among the affected. In his notorious Ha Tinh Province, two districts had been placed in the black list: Ky Anh and, again, Cam Xuyen.

“I had such a headache then,” he recalls.

To cope with the crisis, he looked for jobs in Malaysia, lived there for a year and returned to Vietnam to work as a freelancer for wages that were just a 10th of what he could get in South Korea.

Indeed, according to the labor ministry, the main reason why Vietnamese workers seek jobs in South Korea illegally is the great pay gap as Korean jobs pay 7-10 times higher.

Of the 15 countries with which South Korea has labor export deals, Vietnam has both the highest numbers of legal and illegal workers.

The latter account for 32% of the total number going from the country compared to an average of 15-17% for other countries.

Besides Ha Tinh, other provinces and cities with a large numbers of illegal workers include Nghe An, Thanh Hoa, Hai Duong, and Hanoi.

Migrating at all costs

Thang is seeking to work in South Korea through illegal means, knowing fully this could affect other workers like Hai and he himself might be arrested and deported if caught.

He had applied in vain for nearly three years for a Korean job. The competition had been too fierce. The welder by training then decided to pay a people smuggling gang $12,000 to travel to South Korea on a tourist visa and find a job illegally.

He says misusing Korean tourist visas is now the most common way for Vietnamese to migrate illegally because it takes only 15 days to get one.

“When you get there, somebody will pick you up at the airport, take you to a hotel and find a job for you.”

He believes the gangs can be trusted because of the large amount of money they demand.

He says the high pay in South Korea is the motive, pointing out salaries could exceed VND100 million ($4,200) for construction jobs.

As for the risk of getting caught, he thinks if illegal workers simply work, go home and avoid hanging around, nothing bad can happen.

But in reality, it may not be that simple since besides losing their freedom to move around freely, Illegal workers also lose their legal protections. If they are exploited by their employers, they cannot complain to authorities.

Even if they fall ill, they cannot go to a hospital.

And if they are caught and deported, illegal workers are fined VND80-100 million and prohibited from working overseas again for two to five years after returning to Vietnam.

For many years workers like Thang have caused Vietnamese authorities a great deal of headache.

According to Nguyen Gia Liem, deputy director of the Department of Overseas Labor, illegal workers have destroyed opportunities for many young people and damaged the reputation of many provinces and Vietnam as a whole in the international labor market.

Authorities in Vietnam and South Korea have tried to find solutions such as requiring guest workers to deposit certain amounts in escrow to ensure they do not violate their labor contract or overstay their visa.

Korean authorities have also encouraged illegal workers to return home by not arresting them.

These efforts have helped reduce violations. For instance, while over 50 districts were blacklisted before 2016, only eight are this year.

According to Dinh Thi Ngoc Lan, deputy director of the Department of Labor, Invalids and Social Affairs of Quang Binh Province, from where 55 people were stopped from leaving close to departure time because of the latest ban, provincial authorities have met commune officials and illegal workers’ families and urged them to encourage the workers to return home.

In return, they promised to provide each with VND9 million to pay for language and career orientation courses, and help find new jobs either in Vietnam or another country.

In the meantime, for tens of thousands of Vietnamese workers who are waiting to be matched with good jobs in South Korea, the competition is very stiff.

In the event, Hai’s dream could remain just that for another couple of years.