A recent report by the US News and World Report ranked Việt Nam eighth out of 29 economies, up from 23 last year. Meanwhile, some neighbouring nations – Malaysia, Singapore and Indonesia – stood in thirteenth, fourteenth and eighteenth positions, respectively.
END_OF_DOCUMENT_TOKEN_TO_BE_REPLACED 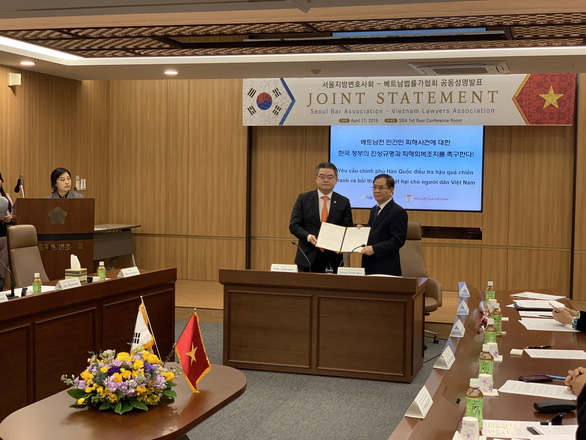 Despite countless warnings and mounting economic evidence to the contrary, countries continue to expand the number of new coal-fired power plants, a push which is currently being led by China, Japan, and South Korea, according to the latest figures from CoalSwarm released last week.

Dangerously, even as these three countries seek to transition their own economies away from coal-fired power and towards large-scale renewable energy sources — sources such as solar and offshore and onshore wind — they are also providing significant funding for overseas coal plants in developing nations.

The Moon Jae-in administration’s campaign to “root out archaic irregularities” appears to have backfired as global private equity funds are rushing to file investor-state dispute settlements (ISDS) over the controversial merger between Samsung C&T and Cheil Industries in 2015.

Following Elliott, which went after the Moon Jae-in government’s acknowledgement of the previous administration’s intervention in the merger, a separate U.S. private equity fund, Mason, has recently issued a similar claim. Those moves are placing the government in a dilemma over whether it should deny its own rationale or pay more than 1 trillion won (890 million) in compensation. END_OF_DOCUMENT_TOKEN_TO_BE_REPLACED

END_OF_DOCUMENT_TOKEN_TO_BE_REPLACED

South Korea and the US also stage exercises in the Korean Peninsula, conducting a joint bombing drill.

China and Russia have started joint naval drills in the waters near the Russia-North Korea border, local media reported.

The exercises, which began on Monday off Russia’s southeastern port of Vladivostok, are the second part of China and Russia’s ‘Joint Sea-2017’ programme that started in June. END_OF_DOCUMENT_TOKEN_TO_BE_REPLACED

END_OF_DOCUMENT_TOKEN_TO_BE_REPLACED

China has warned that tensions on the Korean peninsula have reached a “tipping point” after North Korea fired a ballistic missile over Japan, a move Japanese Prime Minister Shinzo Abe described as “unprecedented” and a “grave threat” to his country’s security.

He has been sentenced to five years in prison.

Revelations of Lee’s attempt to bribe South Korea’s president to further his business ambitions fed public anger that led to the removal of Park Geun-hye as South Korea’s leader. END_OF_DOCUMENT_TOKEN_TO_BE_REPLACED