French President Emmanuel Macron says he wants to get tough on “Islamist separatism”.

So why does his proposed new law have some people feeling like he is targeting Muslims?

And why is he being accused of trying to score political points?

With almost 90 percent of Myanmar’s population being devoted Buddhists, the religion has been at the heart of the nation’s very identity for centuries.

But while the pillars of Buddhist teachings are love, compassion and peace, there is a very different variation to the philosophy being taught at the Ma Ba Tha monastery in Yangon’s Insein township.

The monks there are connected to one of the world’s worst humanitarian crises, the systematic persecution and genocide of the Rohingya in Rakhine state.

Al Jazeera’s unprecedented access to the Ma Ba Tha monastery and its leaders offers a glimpse into how their ultra-nationalist agenda is becoming the blueprint for the political structure of the country. Is the joining of forces between monks and generals threatening Myanmar’s young and fragile democracy?

An Unholy Alliance: Monks and the Military in Myanmar | Featured Documentary

Encouraged by the reversal of pro-abortion rights in the United States, a loose coalition of evangelical Christians, far-right politicians and Russian oligarchs are now engaged in a fierce campaign against progressive, liberal values in Europe.

But what is driving this so-called moral crusade? And who is funding it?

Generations of Palestinians have called Lebanon home. Many fled here during the 1948 Arab-Israeli War.

It has been a struggle for them to survive. But the current level of poverty is unprecedented – the result of one of the worst economic crises in recent history.

The United Nations agency that is supposed to support them has been crippled by a shortage of funds. Children are hungry, and many people are jobless, while others die at sea trying to reach Europe.

END_OF_DOCUMENT_TOKEN_TO_BE_REPLACED

As the war in Ukraine dominates the international headlines, dozens of other humanitarian crises need our urgent attention. Most of them are driven by conflict and climate shocks, compounded by pre-existing vulnerability and inadequate access to services. This year sets a new record, with UN agencies and humanitarian partners requiring US$51.5 billion to help 230 million people who need emergency assistance in 68 countries.

In addition to Ukraine, here are 11 crises on our radar.

The Horn of Africa

When it comes to the deadly impact of the climate crisis, the Horn of Africa is now in unprecedented territory. It has endured five consecutive failed rains, and a sixth is now predicted in March.

Continued drought will bring prolonged catastrophe to people in Ethiopia, Kenya and Somalia, with at least 36.4 million people needing emergency assistance to survive, up to 26 million of them acutely food insecure. Famine risk will remain for people in two districts of Somalia. More than 9.5 million livestock have already died, and more deaths are anticipated, destroying herders’ and farmers’ livelihoods.

END_OF_DOCUMENT_TOKEN_TO_BE_REPLACED

The ICC was created to bring justice to the world’s worst war criminals, but debate over the court still rages.

The International Criminal Court (ICC), established in 2002, seeks to hold to account those guilty of some of the world’s worst crimes. Champions of the court say it deters would-be war criminals, bolsters the rule of law, and offers justice to victims of atrocities. But, since its inception, the court has faced considerable setbacks. It has been unable to gain the support of major powers, including the United States, China, and Russia, who say it undermines national sovereignty. Two countries have withdrawn from the court, and many African governments complain that the court has singled out Africa. U.S. opposition to the ICC hardened under President Donald Trump, and although the Joe Biden administration has taken a more conciliatory approach, tensions remain.

What are the court’s origins?

In the aftermath of World War II, the Allied powers launched the first international war crimes tribunal, known as the Nuremberg Trials, to prosecute top Nazi officials. It wasn’t until the 1990s, however, that many governments coalesced around the idea of a permanent court to hold perpetrators to account for the world’s most serious crimes. The United Nations had previously set up ad hoc international criminal tribunals to deal with war crimes in the former Yugoslavia and Rwanda, but many international law experts considered them inefficient and inadequate deterrents.

END_OF_DOCUMENT_TOKEN_TO_BE_REPLACED

Preamble of the Rome Statute

On 24 September 2012, the United Nations General Assembly held a High-level Meeting on the Rule of Law at the National and International Levels during which numerous delegates spoke about the importance of the International Criminal Court (ICC). In the Declaration adopted at the meeting, States recognized “the role of the International Criminal Court in a multilateral system that aims to end impunity and establish the rule of law”.1 In my remarks to the Assembly on 1 November 2012, I welcomed this statement, which echoed many earlier characterizations of the Court’s role.2

The crux of the ICC role lies in enforcing and inducing compliance with specific norms of international law aimed at outlawing and preventing mass violence.

Confronted with the extensive perpetration of unspeakable atrocities after the Second World War, the international community articulated an unparalleled call for justice. It sought to put an end to such crimes through, inter alia, the adoption of the Convention on the Prevention and Punishment of the Crime of Genocide, the four Geneva Conventions and the Nuremberg Principles.

END_OF_DOCUMENT_TOKEN_TO_BE_REPLACED

COUNTRY REPORTS A/HRC/40/68: Report of the Special Rapporteur on the situation of human rights in Myanmar

COUNTRY REPORTS Report of OHCHR mission to Bangladesh: Interviews with Rohingyas fleeing from Myanmar since 9 October 2016

SPECIAL RAPPORTEUR ON THE SITUATION OF HUMAN RIGHTS IN MYANMAR 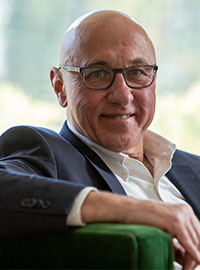 A former member of the US Congress from Maine, Tom Andrews is a Robina Senior Human Rights Fellow at Yale University Law School, an Associate of Harvard University’s Asia Center and has a Washington DC based consulting practice, Andrews Strategic Services. He has worked with the National Democratic Institute for International Affairs and parliamentarians, NGOs and political parties in several countries including Cambodia, Indonesia, Algeria, Croatia, Serbia, Ukraine and Yemen.

Andrews served as General Secretary of “The Nobel Peace Laureate Campaign for Aung San Suu Kyi and the People of Burma” in 2001 and was a consultant for the National Coalition Government of the Union of Burma and the Euro-Burma Network. He has run advocacy NGOs including Win Without War and United to End Genocide, led an education institute at the University of Maine and served in the Maine House of Representatives and the Maine Senate. He lives with his wife and son in Fairfax, Virginia outside of Washington DC.

In July 2022, the military junta of Myanmar executed four political prisoners, including a prominent pro – democracy activist and a former member of parliament.

These unconscionable acts are consistent with the junta’s unflinching embrace of violence against the people of Myanmar. In recent months, military forces have systematically bombed and burned villages and massacred innocent civilians, including 11 children in Sagaing Region who were shot and killed when junta forces attacked their school in September. The forces have killed thousands and displaced nearly 1 million people since the coup. Many of the more than 12,000 political prisoners have been tortured and an unknown number have died in custody.

In the midst of this darkness, however, civil society in Myanmar is a shining light and inspiration. Activists, human rights defenders, aid workers, community leaders, journalists, health – care professionals and educators are among those who are taking great personal risks to document atrocities, deliver humanitarian assistance and respond to the needs of displaced and traumatized communities. Human rights organizations, women’s associations, professional networks, trade unions and labour activists, and grass – roots groups are adopting strategies to remain safe and effective in a deadly environment. In many cases, individuals and organizations are operating with little international support and few opportunities to communicate with the outside world.

In the present report, the Special Rapporteur outlines the human rights and humanitarian catastrophe in Myanmar. He also describes the essential and aweinspiring work being done by Myanmar civil society in the most challenging of circumstances. He calls on the international community to view civil society in Myanmar as a vital partner in addressing the crisis in the country, working with grassroots networks to deliver aid and increasing financial and technical support to civil society organizations.

The fate of Myanmar depends on the activists, organizations and networks that have risen to defy military rule, defend human rights and prepare for a free and democratic future. They need and deserve a significant increase in support from the international community.

At the national level, the rule of law is necessary to create an environment for providing sustainable livelihoods and eradicating poverty. Poverty often stems from disempowerment, exclusion and discrimination. The rule of law fosters development through strengthening the voices of individuals and communities, by providing access to justice , ensuring due process and establishing remedies for the violation of rights . Security of livelihoods, shelter, tenure and contracts can enable and empower the poor to defend themselves against violations of their rights. Legal empowerment goes beyond the provision of legal remedies and supports better economic opportunities.

END_OF_DOCUMENT_TOKEN_TO_BE_REPLACED

HANOI, Dec 9 (Reuters) – A Vietnamese oil service vessel rescued 154 people from a sinking boat in the Andaman Sea and has transferred them to Myanmar’s navy, state media reported, a group that was confirmed by activists as minority Rohingya Muslims.

The vessel, Hai Duong 29, was en route from Singapore to Myanmar when it spotted the boat in distress 285 miles (458.7 km) south of the Myanmar coast on Wednesday, VTCNews said in a report aired late on Thursday.

The Rohingya are a minority that has for years been persecuted in Myanmar and many risk their lives attempting to reach predominantly Muslim Malaysia and Indonesia on rickety boats.

END_OF_DOCUMENT_TOKEN_TO_BE_REPLACED

Controversial changes fuelled protests when they were first proposed in 2019 and could still be challenged in court.

Indonesia has passed a controversial new Criminal Code that includes outlawing sex outside marriage and cohabitation, in changes that critics contend could undermine freedoms in the Southeast Asian nation.

The new laws apply to Indonesians and foreigners and also restore a ban on insulting the president, state institutions or Indonesia’s national ideology known as Pancasila.