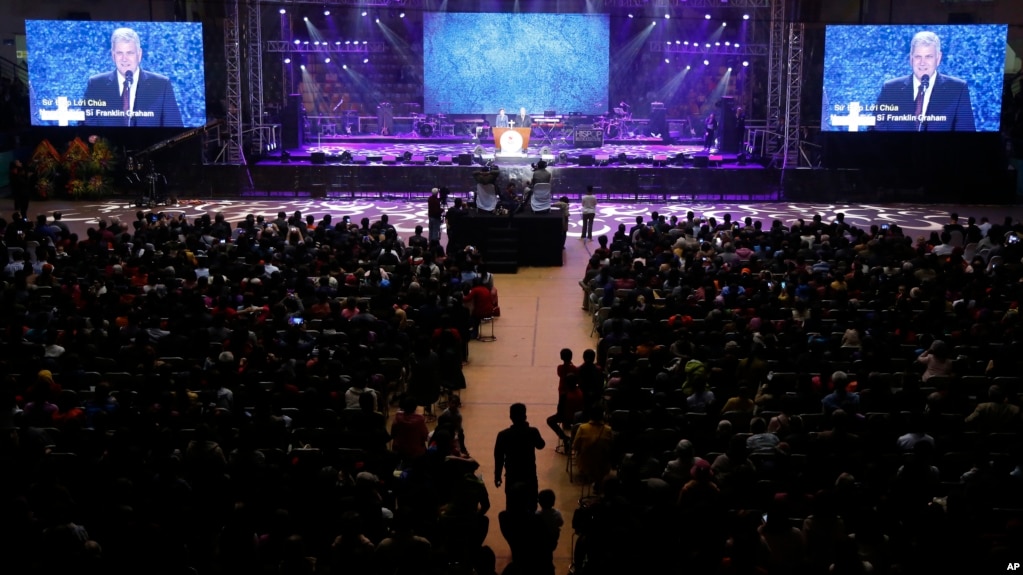 More than 10,000 Vietnamese have filled up a stadium Dec. 8, 2017 in a rare Christian evangelistic event led by the Rev. Franklin Graham, who says he wants the communist government to consider Christians its best citizens. (AP Photo/Hau Dinh)

The clergyman told the crowd he wants Vietnam’s communist government to consider Christians its best citizens.

Vietnam is one of the fastest growing countries in Southeast Asia. The government has made a number of economic reforms over the past 30 years.

But the Communist Party still controls all parts of society, from media to religion. Human Rights Watch says more than 100 Vietnamese are in prison for taking part in peaceful religious and political activities.

Graham told the Associated Press that the event last Friday was one of the biggest ever held in Vietnam. He said the government did not set conditions on the prayer service. He added that Vietnamese officials did not give final permission until early this month.

“This is unprecedented, really for us and for the government,” the clergyman said. “We don’t want to do anything that would embarrass the government or the people of Vietnam. Again we’re guests. The government has not told me what to say or not say. I’m going to talk about God — we are not here to talk about politics.”

Graham said he hoped the event will cause the government to see Christianity in a different way. 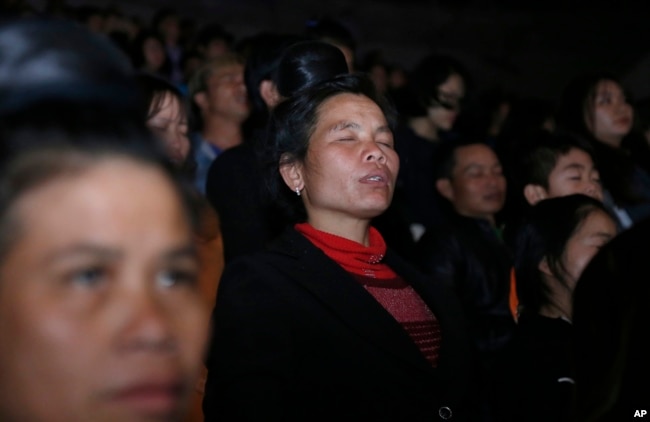 Graham leads the Billy Graham Evangelistic Association, which was formed by his father. Like his father, he is one of the best-known religious leaders in the United States.

“The fact that we are here today…shows you how much the government has changed in the last 20 years,” he said.

There are about 6.5 million Catholics and more than one million Protestants among Vietnam’s 95 million people. Most Vietnamese are Buddhists.