WWF_The Living Planet Report documents the state of the planet—including biodiversity, ecosystems, and demand on natural resources—and what it means for humans and wildlife. Published by WWF every two years, the report brings together a variety of research to provide a comprehensive view of the health of the earth.

Populations of vertebrate animals—such as mammals, birds, and fish—have declined by 58% between 1970 and 2012. And we’re seeing the largest drop in freshwater species: on average, there’s been a whopping 81% decline in that time period.

The terrestrial LPI shows that populations have declined by thirty-eight percent overall between 1970 and 2012.

The freshwater LPI shows that on average the abundance of populations monitored in the freshwater system has declined by eighty-one percent between 1970 and 2012.

The marine LPI shows a thirty-six percent overall decline between 1970 and 2012.

This loss of wildlife is startling, and people are at risk, too. Without action, the Earth will become much less hospitable for all of us. We must consider our impact on nature as we make development, economic, business, and lifestyle choices. A shared understanding of the link between humanity and nature is essential to making profound changes that will allow all life to thrive for generations to come.

Why are some animal populations on the decline?

Whether or not populations are in trouble depends on the resilience and location of a species, and what type of threats that species faces. Here’s a closer look at some of the top threats:

Habitat loss and degradation is the most common threat to animals on the decline. Everything from unsustainable agriculture to residential or commercial development to energy production can damage vital areas for wildlife. WWF helps countries take stock of their natural resources and use that information to make better decisions on how to grow.

Our current food system impacts habitats to make way for agriculture, leads to the overfishing of our oceans, and contributes to pollution. WWF is pursuing new ways to provide nutritious food for all while minimizing the negative impact on the natural world. Watch the video. 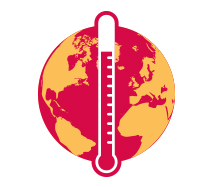 As our climate changes, various animals will need to adapt to survive. Changes in temperature can mix up signals that trigger events like migration and reproduction, causing them to happen at the wrong time. The global community is taking major strides to curb climate change in the coming years.

What can we do to change our course and help protect life on Earth?

Though the Living Planet Report paints a challenging picture, there’s still plenty of room for optimism. We’re already undergoing major transitions that will make for a healthier, safer, and more resilient planet.

Together we can advocate for change and find solutions that will safeguard our planet and future.