Several ongoing coronavirus-vaccine trials could announce game-changing results next month. But as anticipation grows, concerns are growing about whether the vaccines will clear safety trials, what they will achieve if they do and the risk that the approval process will be influenced by politics, or at least seem to be.

Two weeks ago, the UK trial of a leading vaccine candidate developed by the University of Oxford and pharmaceutical company AstraZeneca restarted after a six-day pause to investigate safety concerns. Halted trials of the same vaccine in South Africa and Brazil have also since resumed, but the US Food and Drug Administration (FDA) has not yet given the green light for US studies to start again. The trial’s sponsors have so far released few details about what caused the pause, and why the trial was allowed to resume. Some scientists say this lack of transparency could erode public trust in the vaccine. 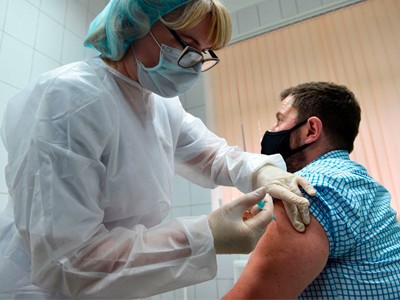 Who gets a COVID vaccine first? Access plans are taking shape

In the background, fears have intensified that political meddling could see a vaccine approved for emergency use without sufficient evidence that it works. US President Donald Trump has said he wants a vaccine ahead of his country’s presidential election in November.

To assuage concerns, the drug companies behind the three leading coronavirus vaccines in phase III trials — AstraZeneca, Pfizer and Moderna — last week released documents describing how their tests are being conducted.

These trial protocols include benchmarks for safety and success, and details that had not been made public before, including how soon the vaccines’ preliminary results could be reported. The documents also describe how the companies might stop trials early to get fast-tracked approval.

Here are three areas that scientists are watching closely.

Initially, researchers weren’t too concerned when the media reported that enrolment in the UK trial of the Oxford vaccine had been paused on 6 September because of an adverse reaction in a participant. Adverse reactions in clinical trials are quite common and often unrelated to the treatment — which some researchers say is probably the case with the Oxford vaccine, given how soon UK regulators allowed the trial to resume. Some media outlets have reported that the participant developed transverse myelitis, an inflammation of the spinal cord, but AstraZeneca and the University of Oxford, the UK trial sponsor, have not released information on the person’s condition. 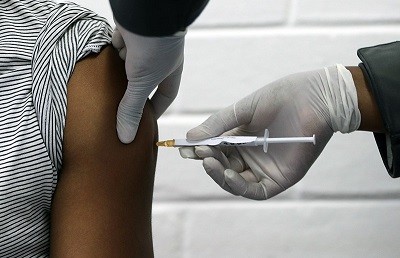 Some scientists have criticized the lack of information being released, especially when it emerged that this was the second pause in enrolment because of an adverse reaction. Information sheets given to participants in July noted that the trial had previously been halted when a member was initially reported to have developed symptoms of transverse myelitis. AstraZeneca says the person was later diagnosed with multiple sclerosis, and an independent panel decided the condition was unrelated to the vaccine. But the company and the University of Oxford have yet to say whether the two participants received the vaccine or a placebo.

If it turns out that two people have developed transverse myelitis, given the relatively small number of people who have received the vaccine, that is notable, says Raina MacIntyre, an epidemiologist at the University of New South Wales in Sydney, Australia. “If there’s another case, it’s going to be very hard for this trial to recover from that.”

MacIntyre notes that viral infections have been linked to both transverse myelitis and multiple sclerosis. Cases of transverse myelitis have also been observed in people with COVID-19, she says. To rule out a link between the vaccine and the conditions, researchers must run statistical analyses that compare rates of the conditions in participants who received the vaccines with those in people who got the placebo. This is probably what the FDA is still investigating before it decides whether to allow the US trials to resume, says MacIntyre.

More details about why the trials were paused and then later resumed should be made public, says Hilda Bastian, who studies evidence-based medicine at Bond University in the Gold Coast, Australia. The lack of transparency from the trial sponsors is a concern and could lead some participants to pull out, or cause people to decide not to get a vaccine once they are approved, says Bastian. “We really need people to have confidence in vaccines that are moving quite quickly.”

AstraZeneca and Oxford did not respond to questions about calls for greater transparency. But AstraZeneca chief executive Pascal Soriot said during a panel discussion hosted by the World Economic Forum on 24 September that clinical-trial guidelines recommend against disclosing information about individual participants to avoid compromising their privacy and the integrity of the study.

Soriot said that given the public interest in these vaccines, companies were discussing what kind of transparency they could offer without compromising trials.