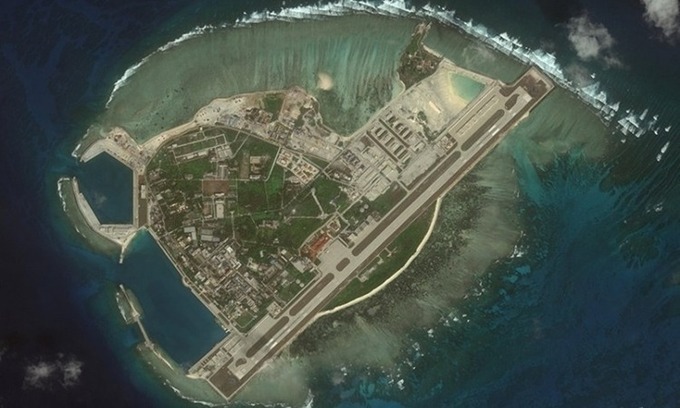 Vietnam on Thursday reaffirmed its sovereignty after the U.S. Embassy removed from its Facebook page an accurate Vietnamese map including its East Sea archipelagos.

A number of ministries have appointed new deputy ministers.

The Ministry of Labor, War Invalids and Social Affairs has a new deputy minister, Mr. Nguyen Ba Hoan, who was previously the chief of the Ministry’s office.

He has worked for 28 years at the Ministry of Labor, Invalids and Social Affairs: at the Department of Overseas Labor Management from 1993 to 2007. In 2007 he was appointed as the Deputy Chief of Office. Since 2015 he has been the Chief of the Office.

Washington (CNN)The Trump administration is expected to soon approve another major weapons sale including drones to Taiwan, according to congressional and administration sources. The move comes as the US and Taiwan are strengthening ties and amid mounting tensions between Washington and Beijing.The US is preparing to sell seven packages of weapons systems to Taiwan, a congressional aide told CNN, saying it was unclear when the Congress would be formally notified about the sales, as is required by law.A US official said that the administration will soon formally approve a large sale of MQ-9B Reaper drones. The value of the drones and associated equipment and program support is estimated to be about $600 million.

END_OF_DOCUMENT_TOKEN_TO_BE_REPLACED

The trip by Undersecretary of State Keith Krach reportedly to discuss new weapons sales comes amid heightened tensions between Taiwan and the much larger military on the mainland.

Undersecretary of State Keith Krach exits a plane upon arrival at the air force base airport on Thursday, Sept. 17, 2020, in Taipei, Taiwan.(CENTRAL NEWS AGENCY POOL/AP)