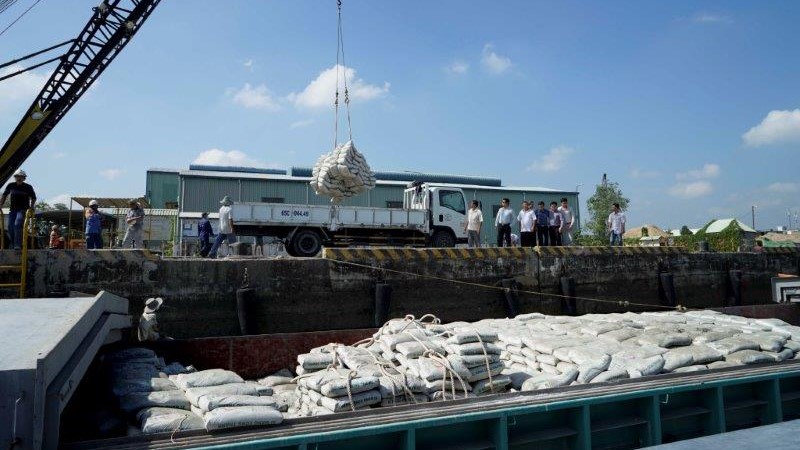 With international finance and support, Vietnam said it could increase its emissions cuts to 27% compared with business as usual, which would still see emissions grow by about 677 million tonnes by 2030.

Countries are under pressure to set tougher climate targets before the end of the year and ahead of critical talks in Glasgow, UK, in November 2021, known as Cop26.

Vietnam is the 12th country to submit an updated climate plan to the UN. The 12 together represent 3.6% of global emissions, according to a tracker by the World Resources Institute.

UN Climate Change head Patricia Espinosa told Climate Home News this month she expected only 80 out of the 197 signatories to the Paris Agreement to submit updated plans by the UN deadline on 31 December 2020. China – the world’s largest emitter – was not among them.

Vietnam is expanding the scope of the country’s climate plan to include emissions from industrial processes such as making cement and hydrofluorocarbons (HFC) emitted from air conditioning.

At the same time, it changed the baseline for calculating emissions cuts from 2010 to 2014, which provides the latest updated inventory for national greenhouse gas emissions. During that time, emissions in Vietnam increased by more than 37 million tonnes of CO2.

A target to reduce emissions intensity per unit of economic growth by 20% from 2010 levels appears to have been dropped.

Vietnam previously committed to a 2030 emissions cut of 8% compared with business as usual, projected from a 2010 baseline. That was to be increased to 25% conditional on international support.

Its efforts were ranked “critically insufficient” by Climate Action Tracker, which independently assesses countries’ climate plans against the temperature goals of the Paris Agreement. It found that if all governments were to follow a similar level of ambition, temperatures would exceed 4C by the end of the century – far beyond the agreed “well below 2C” upper limit.

Ursula Fuentes Hutfilter, a senior climate policy advisor specialised in the Asia-Pacific region at research group Climate Analytics, told CHN that although the new plan “could lead to a small improvement” it was unlikely to alter the ranking.

Coal has long been a mainstay of Vietnam’s energy mix. Its coal imports surged in the first half of 2020 to fuel a growing number of coal-fired power plants, which account for more than a third of the country’s installed power generation capacity.

The government has set out plans to reduce its coal reliance and boost renewables.

Thu Vu, Vietnam-based energy analyst at the Institute for Energy Economics and Financial Analysis, told CHN the government was aiming to grow the share of renewables to 30% of the country’s capacity mix shortly after 2030, up from 12% currently.

And the government in Hanoi has promised to take measures to deepen emissions cuts including improving energy efficiency, reducing energy consumption, seeking fuel alternatives for the industry and transport sectors and improving cement and chemical productions processes.

David Waskow, director of the International Climate Initiative at the World’s Resources Institute, welcomed the addition of the industrial sector to Vietnam’s climate target, adding it was “a fast growing sector in emissions terms”.

For Vu, the inclusion of industrial processes showed the government was willing to “enhance the credibility” of its carbon-cutting efforts but had “little intention to give up high emissions industries such as cement production where Vietnam is now one of the world’s largest producers and exporters”.

She added the government was seeking to improve its climate credentials at a time when it is hoping to attract international financing for infrastructure projects that could support its economic growth. “And the most cost-efficient way to do this is to tap into ‘green’ finance instruments that are growing in the region,” she said.