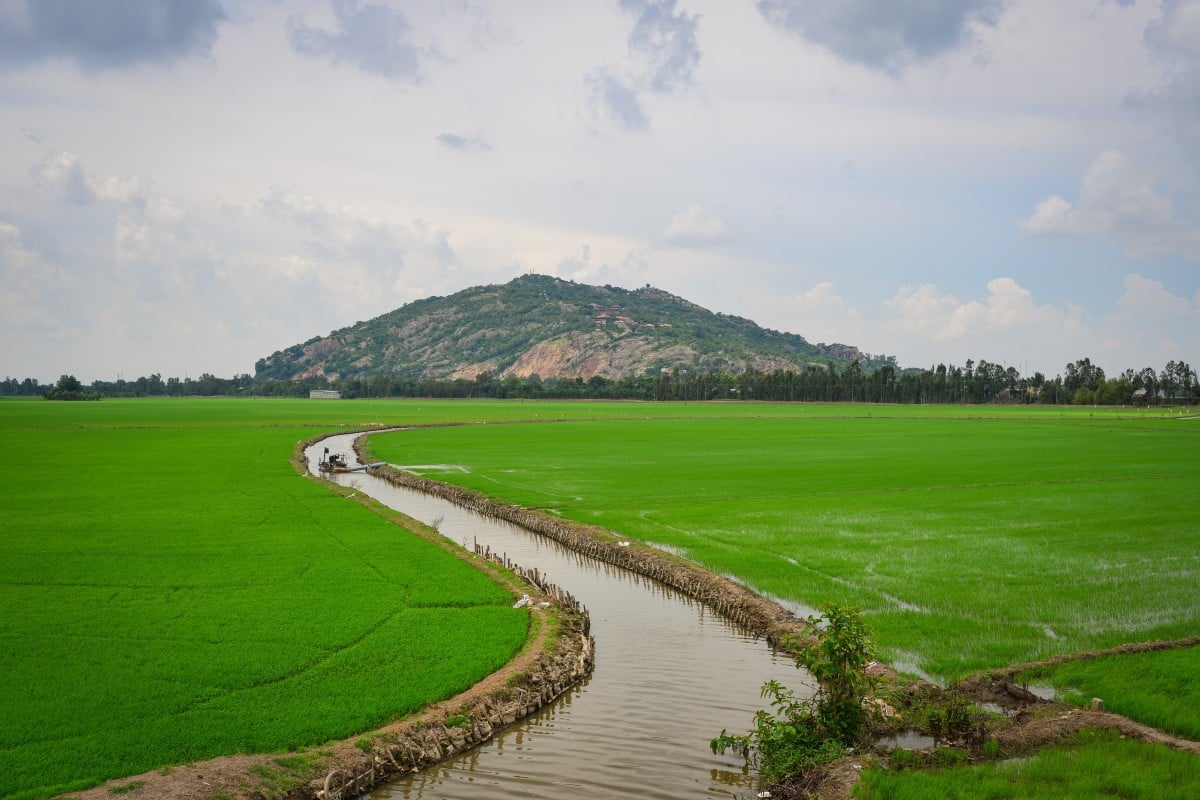 ’s prolonged drought, coupled with an extensive build-up of salinity, have driven five provinces in the country’s rice bowl to declare a state of emergency.

“This year’s drought and salinity have been way more devastating than what we saw four years ago,” said Nguyen Thien Phap, head of the water resources department in Tien Giang, one of the provinces that announced the emergency in the Mekong Delta.

The entire area of fruit trees in Tien Giang province, about 80,000 hectares (310 square miles), are at risk, while 24,000 hectares of rice fields will give below-normal yields, said Phap, who added that water usage upstream on the Mekong by nations including
China

The Mekong Delta, which produces more than half the country’s rice, has so far seen a total of 33,000 hectares of rice fields damaged and nearly 70,000 households suffer from lack of water, Vietnam National Television reported on Friday, citing the latest data from the country’s department of water resources. 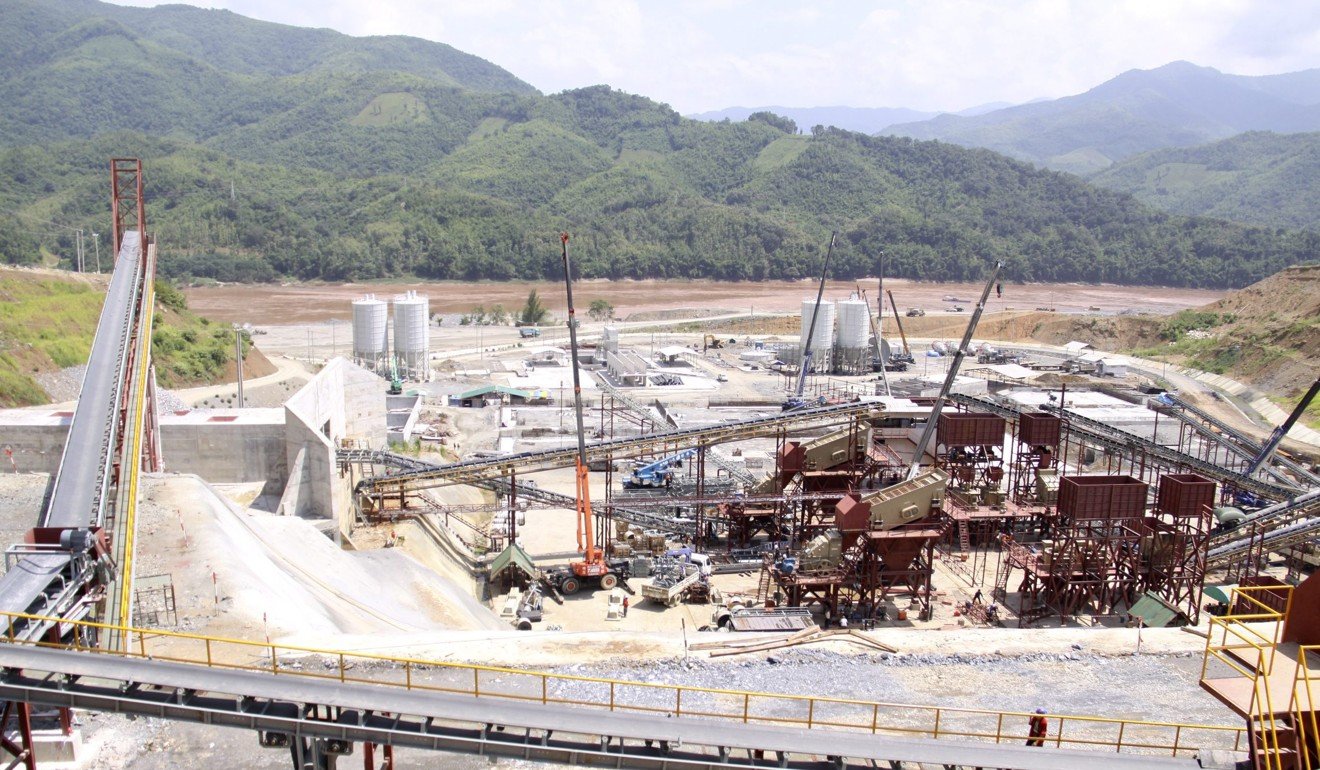 Construction in 2012 of the controversial Xayaburi dam in Laos, which opponents say adversely affects communities along the Mekong and the biodiversity of the river. Photo: EPA

Salinity of four grams a litre will continue to spread in the Delta, affecting as much as 110 kilometres in some major estuaries this month, according to a report by the Southern Institute of Water Resources Research in Ho Chi Minh City. That is three to five kilometres more than in the same period in 2016.

Another severe spell of salinity is expected in the short term, while water flows from the Mekong River into the region this month remain very low, estimated at 20 per cent less than the same period in 2016, according to Vietnam’s National Centre for Hydro-Meteorological Forecasting.

Lack of rain combined with growing water consumption on river tributaries, as well as increased water storage in dams, are likely to spur drought and make saline intrusion more severe and longer-lasting, Hoang Phuc Lam, the centre’s deputy director, said in a report. 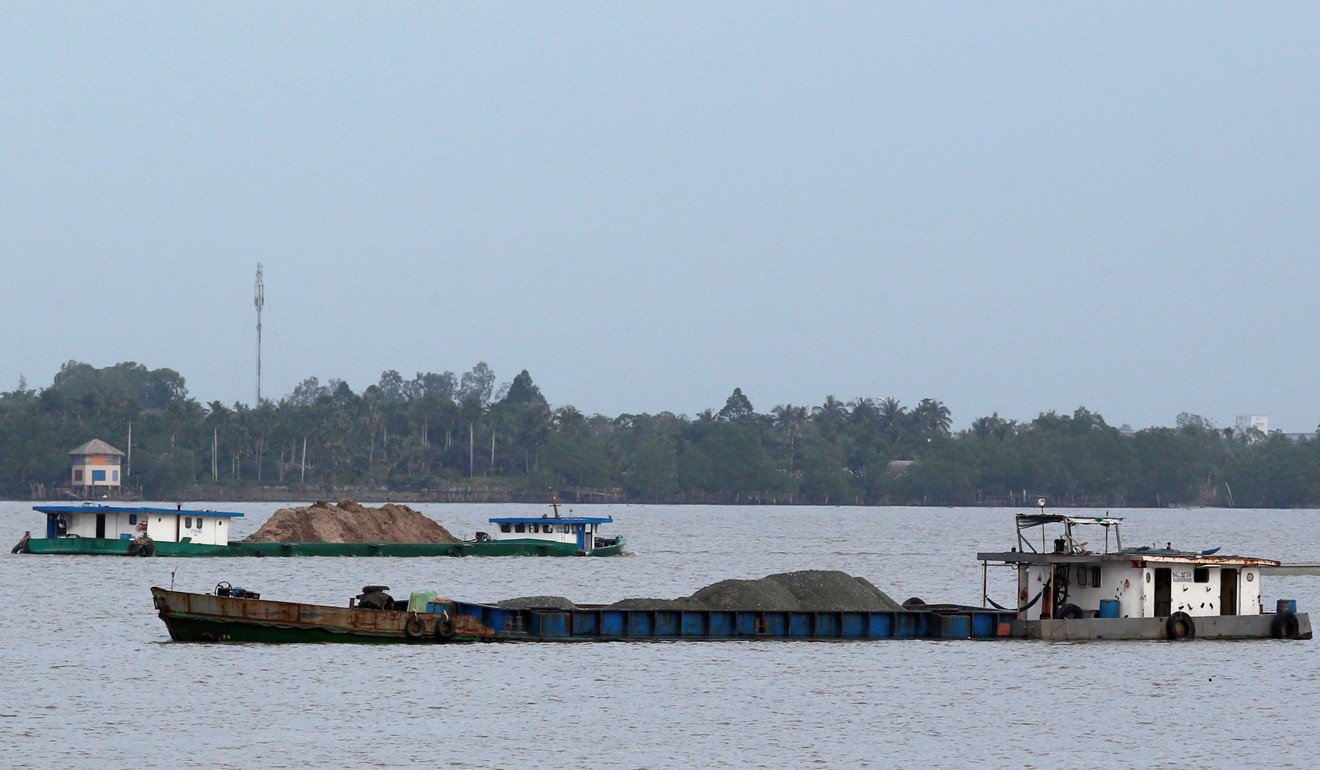 The government estimates drought and salinity will affect 362,000 hectares of rice and 136,000 hectares of fruit trees in the delta this year, while more than 120,000 households will experience a water shortage. As of March, salinity had hit about half the districts in 10 of the 12 provinces and one city in the region.

While the delta is a key rice-growing area, the crop is grown in almost all of Vietnam, which is the world’s third-largest exporter, behind India and Thailand.