HO, CHI MINH CITY/SINGAPORE – Vietnam is scaling back a plan to build new coal plants, as financial restrictions and local environmental concerns increase the difficulty and complexity of constructing such facilities.

The National Steering Committee for Power Development has recommended eliminating about 15 gigawatts of planned new coal plants by 2025 due to slow progress and the unwillingness of some regions to develop them, according to state-controlled news website VietnamPlus. The central government will have final say on the plan. END_OF_DOCUMENT_TOKEN_TO_BE_REPLACED

New research reveals the unseen environmental damage being done to coral reefs in the hotly contested South China Sea, as China and other nations jostle for control of the disputed sea lanes.

In a new scientific paper, they argue that the disputed Spratly Islands in the South China Sea are in even more serious trouble than first believed.

“The Spratlys are the sites of a military build-up and gross overfishing, mainly by China. Reefs and islands have been destroyed to construct military outposts to further territorial claims,” said Professor Wolanski. END_OF_DOCUMENT_TOKEN_TO_BE_REPLACED

Human activity has made an ocean circulation pattern misbehave—triggering a weird confluence of events that has caused the infestations.

Desert locusts have swarmed into Kenya by the hundreds of millions from Somalia and Ethiopia, where such numbers haven’t been seen in a quarter-century. The insects are decimating farmland, threatening an already vulnerable region.

East Africa is in the midst of a crisis that sounds like something out of the Book of Exodus: A plague of locusts is spreading across the region, threatening the food supply of tens of millions. City-sized swarms of the dreaded pests are wreaking havoc as they descend on crops and pasturelands, devouring everything in a matter of hours. The scale of the locust outbreak, which now affects seven East African countries, is like nothing in recent memory. END_OF_DOCUMENT_TOKEN_TO_BE_REPLACED

END_OF_DOCUMENT_TOKEN_TO_BE_REPLACED

As Chau Van Kham, a member of a banned pro-democracy group, prepares for his final appeal, his son fears he will die jail

END_OF_DOCUMENT_TOKEN_TO_BE_REPLACED

Vietnamese shipping firms are reporting falling revenues after the coronavirus outbreak brought trade-related activities to a standstill in China.

It used to ply up to 13 times a month to Chinese ports, but the figure was down to eight last month and to seven this month, he said.

Ships are docking at other ports outside China, which accounts for 40 percent of international shipping in Vietnam, but this pushes up costs, he said.

“Our shipments have fallen by 30 percent year-on-year due to the outbreak. We estimate our losses at millions of dollars.”

Vietnam’s biggest shipping firm, Vinalines, is also struggling as shipping activities in China and some other countries have dwindled. Many of its ship are lying idle in ports.

The company, formally known as the Vietnam National Shipping Lines, estimated shipments in the first six months could fall by 15 percent year-on-year.

The epidemic outbreak has meant there are fewer personnel to operate ports in China, resulting in less traffic to all countries, including Vietnam.

Quy Nhon Port in central Vietnam now operates only 20 days a month instead of 30, with shipments falling by 15 percent. Last month it handled 100,000 tonnes less than targeted. 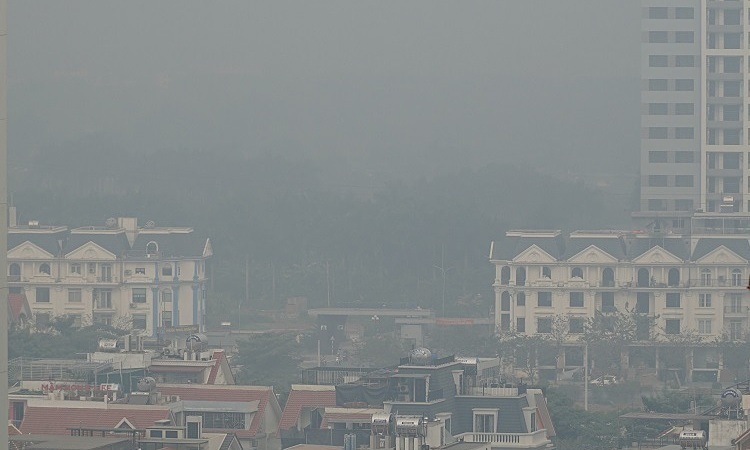 Hanoi has become the world’s seventh most polluted capital city, even worse than Beijing, a new IQ AirVisual report says.

The city’s worsening air quality saw its average PM2.5 level last year rise to 46.9 micrograms per cubic meter of air from 40.8 in 2018, according to a report released this week by Switzerland-based air quality monitor, IQAir AirVisual.