The Hanoitimes – The neighboring country remained Vietnam’s leading supplier of steel over the last three years, with the quantity and value growing at two-digit growth rates annually.

Despite tighter trade protection measures against trade fraud activities, Vietnam imported 12.24 million tons of steel worth over US$8.1 billion in the first ten months of 2019, up 7% year-on-year in quantity and down 3.1% in value, in which China continues to be Vietnam’s largest steel exporter representing around 37% of Vietnam’s total steel imports, according to the General Department of Vietnam Customs (GDVC).

During the January – October period, Vietnam spent US$2.95 billion importing 4.64 million tons of steel from China, down 12.7% in quantity and 22.9% in value year-on-year. The neighboring country remained Vietnam’s leading supplier of steel over the last three years, with the quantity and value growing at two-digit growth rates annually.

Notably, despite trade protection measures from the Ministry of Industry and Trade (MoIT), Vietnam’s steel imports continue to surge.

The MoIT previously decided to extend the validity of anti-dumping duties on cold-rolled stainless steel products originated from China, Indonesia and Taiwan for another five years, starting from October 26.

The market share of domestic steel companies witnessed a decrease during the 2018 – 2019 period and currently has shrunk to 42.8%, indicating the foreign companies are selling below their home market prices.

A report from the Vietnam Steel Association suggested Vietnam’s steel industry has been at the center of trade probes from other countries following the escalation of the US – China trade war, particularly with growing cases of illegal transshipment of Chinese products via a third country to the US in an attempt to avoid the latter’s import tariffs.

Fifteen Vietnamese banks have recently been named in The Asian Bankers’ AB500 ranking and survey of Asia Pacific’s strongest banks.

The banks include Vietcombank, BIDV, VietinBank and Techcombank, as well as MB, LienVietPostBank, ACB and VPBank, in addition to HDBank, TP Bank, SHB, VIB, SeABank, Sacombank and PVcomBank. END_OF_DOCUMENT_TOKEN_TO_BE_REPLACED

The Hanoitimes – A Swedish state-owned entity proposed a commercial loan of over US$1 billion for the construction of Long Thanh airport, the would-be largest of its kind in Vietnam.

Long Thanh International Airport is in need of huge investment capital, for which financial support from other countries, including Vietnam’s development partners such as Sweden, is very important, said Thang at a conference held last week discussing the financial mechanism for Long Thanh airport. END_OF_DOCUMENT_TOKEN_TO_BE_REPLACED

A corner of Ford Vietnam’s automobile assembly and production factory in the northern province of Hải Dương. The factory’s capacity is expected to increase to 40,000 units from the current volume of 14,000 units per year. — Photo cafef.vn

END_OF_DOCUMENT_TOKEN_TO_BE_REPLACED

The manufacturing and sales of counterfeit goods have been on the rise over the past few years, particularly with the involvement of foreigners and the use of sophisticated methods to avoid detection of customers and authorities, said Hoang Anh Duong, vice director general of the Vietnam Directorate of Market Surveillance. END_OF_DOCUMENT_TOKEN_TO_BE_REPLACED

The Hanoitimes – The total investment capital of the project is estimated at VND100 trillion (US$4.3 billion).

The Chinese government has provided non-refundable aid for Vietnam worth over VND32 billion (US$1.37 million) to conduct a survey and a master plan for the Lao Cai – Hai Phong – Hanoi railway project connecting with China, according to the Ministry of Transport (MoT).

The financial support was a result of high level talks between the two countries in 2015, stated the MoT in a statement. END_OF_DOCUMENT_TOKEN_TO_BE_REPLACED

No woman has led a non-democratic regime that was not a monarchy. Vietnam will make history in 2021 if it selects current National Assembly Chair, Nguyen Thi Kim Ngan, as the Vietnam Communist Party (VCP) General Secretary at the next Party Congress.

Precedent for her selection certainly exists given that the previous two general secretaries were both also National Assembly chairs prior to their promotion. Some analysts see Ngan as a natural contender. END_OF_DOCUMENT_TOKEN_TO_BE_REPLACED 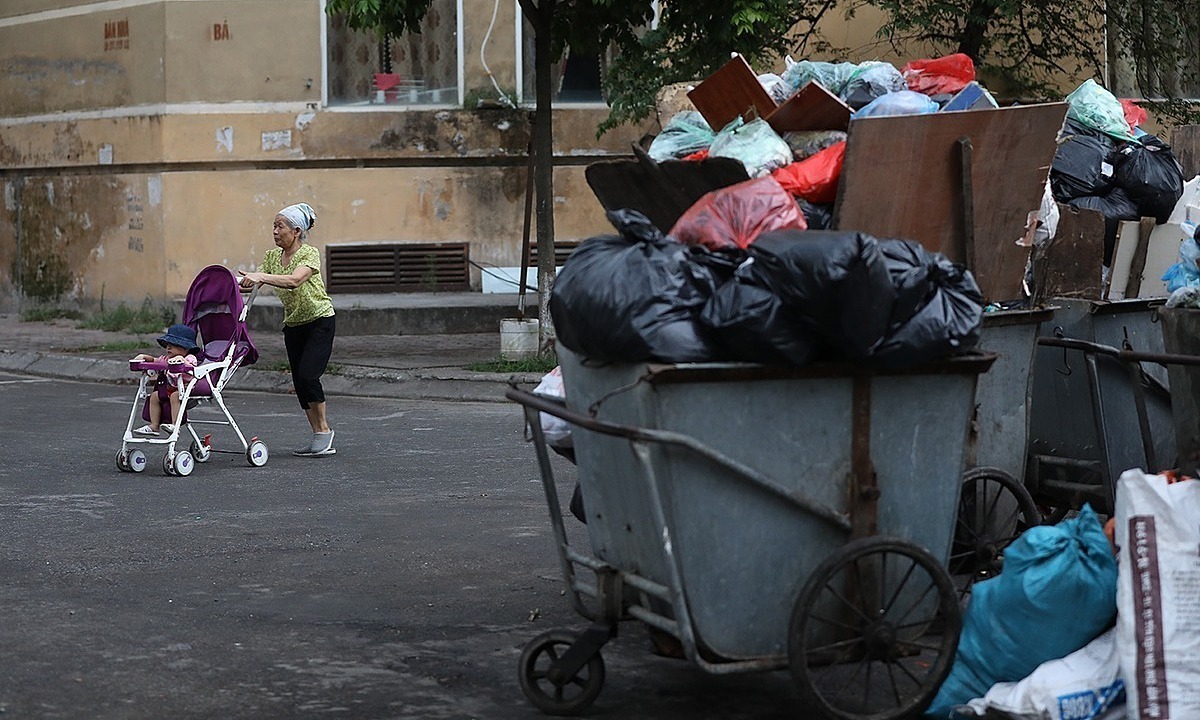 Unclear delineation of the roles of state agencies in managing waste has made a mess of sorting and collecting trash in Vietnam.

Vietnam is sorting trash in four different ways and one type of trash is put under the eyes of up to six ministries.

END_OF_DOCUMENT_TOKEN_TO_BE_REPLACED

In the north, in Hanoi, U.S. Defense Secretary Mark Esper announced Wednesday his nation would provide Vietnam with a second coast guard cutter ship to use in the South China Sea, where it has a dispute with China.

In the south, in an unrelated event around the same time, a U.S. consul general toured the Mekong Delta in a dinghy as part of a series of visits related to education, environment, and culture. END_OF_DOCUMENT_TOKEN_TO_BE_REPLACED

More frozen tuna from Vietnam is under recall because of the danger of scombroid fish poisoning.

Northern Fisheries LTD of Little Compton, RI, has expanded its voluntary recall of frozen, wild-caught yellowfin tuna “medallions” from Vietnam to include fish sold directly to consumers, according to the company’s recall notice posted on the Food and Drug Administration’s website. END_OF_DOCUMENT_TOKEN_TO_BE_REPLACED

The Hanoitimes – Around 50% of Samsung’s smartphones and tablets are produced in Vietnam and exported to 128 countries and territories.

As of present, 58% of Samsung’s global smartphone sales globally come from its production facilities in Vietnam, according to Prime Minister Nguyen Xuan Phuc.

In 2008 – 2018, Samsung increased its investment in Vietnam from US$670 million to over US$17.3 billion, a 26-fold increase. According to Samsung’s statistics, around 50% of the giant’s smartphones and tablets are produced in Vietnam and exported to 128 countries and territories, including the US, Europe, Russia and Southeast Asia.

Last year, Samsung’s combined revenue in the global market reached US$221.6 billion, slightly up from US$217.8 billion in 2017, while after-tax profit increased from US$38.3 billion to US$40.3 billion. END_OF_DOCUMENT_TOKEN_TO_BE_REPLACED