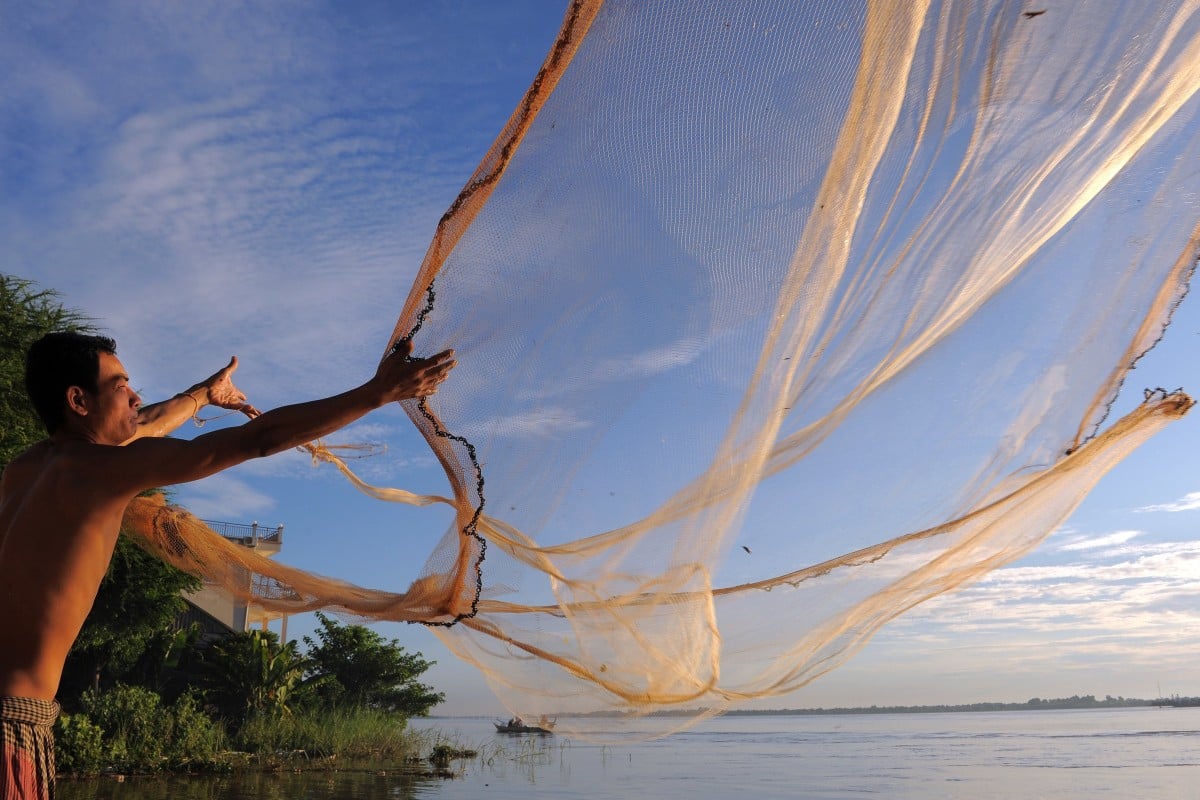 US officials say Secretary of State Mike Pompeo will “recommit” the United States to supporting the five countries along Southeast Asia’s longest river, the Mekong, when he makes his first duty visit to Bangkok in July.

Pompeo has voiced concern that China has tried to “steadily salami-slice its way to control” in the region. Mark Clark, acting deputy assistant secretary for Southeast Asia at the state department, said his boss planned to highlight what had been achieved in the past decade by the US-backed Lower Mekong Initiative (LMI).

Pompeo will attend a ministerial meeting of the Association of Southeast Asian Nations (Asean) and lead talks on the LMI, which was launched 10 years ago by his predecessor Hillary Clinton to boost cooperation between Washington and Cambodia, Vietnam, Thailand , Myanmar and Laos.

But experts warn the American pledge might be too little, too late given China’s entrenched interests in the area. Mike Pompeo has voiced concern that China has tried to ‘steadily salami-slice its way to control’ in the Mekong region. Photo: AFP

Brian Eyler, director of the Washington-based Stimson Centre’s Southeast Asia programme, said the US had promoted its foreign policy goals in the region largely behind the scenes, despite a push by Mekong nations for “real and tangible” pacts with the US.

“There’s little the LMI can hang its hat on,” Eyler said. “The low level of engagement created a large gap for China to fill with its Lancang-Mekong Cooperation [LMC] mechanism.”

Lancang is the Mandarin Chinese name for the river. More than 300 million people live in the Greater Mekong Subregion, a 2.6 million sq km area that covers five Asean countries as well as China’s Guangxi region and Yunnan province.

Beijing has set aside more than US$22 billion under the initiative to support projects ranging from technological connectivity and industrial development to trade, agriculture and poverty alleviation.

The Mekong is an essential venue for much of the grand infrastructure envisioned by President Xi Jinping under his ambitious strategy to boost global trade and connectivity with the Belt and Road Initiative. A five-year action plan issued last year said the LMC should work in synergy with the belt and road plan.

“Southeast Asia is the fulcrum of strategic competition between the US and China, and a major focus for the [Belt and Road Initiative],” said Brian Harding, deputy director and fellow of the Southeast Asia Programme at the Centre for Strategic and International Studies (CSIS).

The Mekong region hosts some of China’s most significant proposed belt and road projects. It is also home to oil and gas pipelines which run from Myanmar’s Kyaukphyu port to Yunnan.

The Mekong is mighty no more: book charts river’s demise

Other projects include railways between China, Laos and Thailand, as well as the so-called China-Southeast Asia corridor, a cooperation plan taking in all of the Mekong nations except Vietnam.

Part of Beijing’s infrastructure drive has been a dramatic expansion at home of its network of Mekong hydropower dams in the past decade to help energy production keep pace with rampant demand inside its borders. 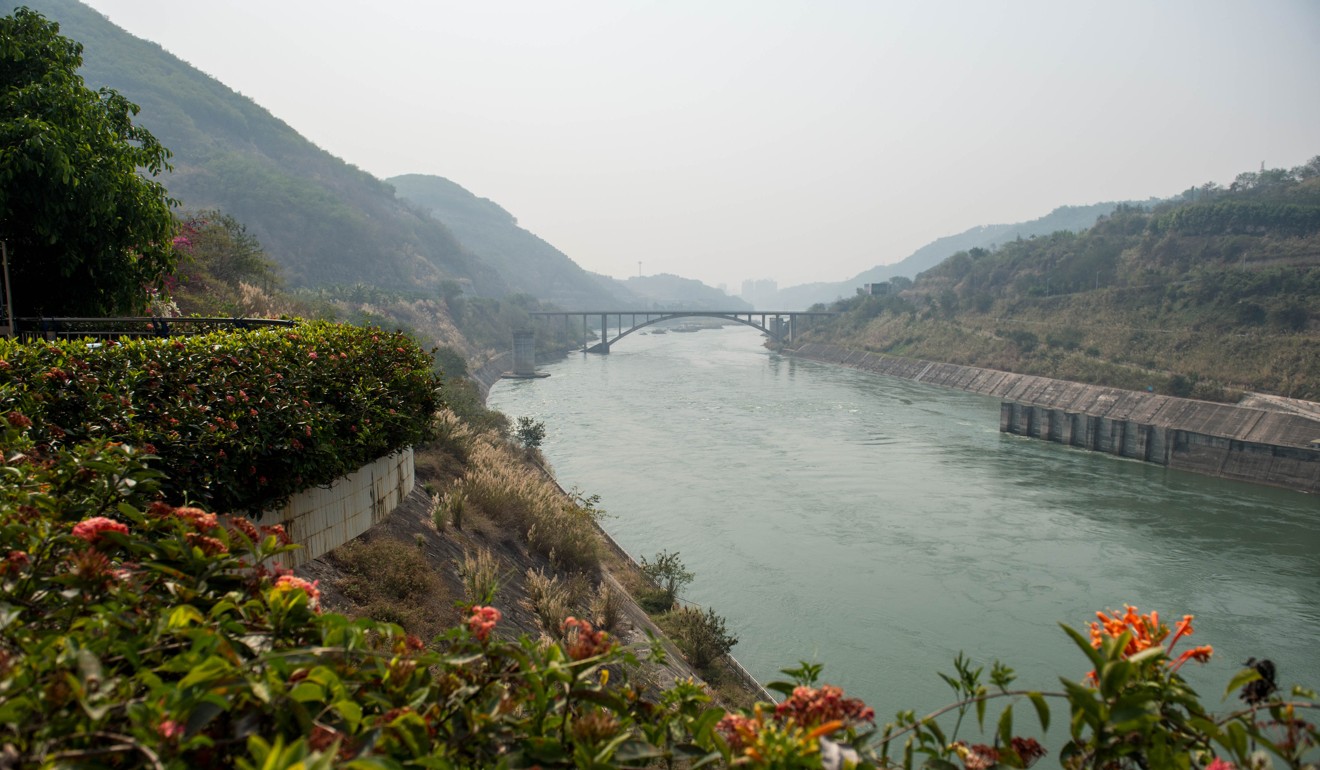 Non-profit organisation International Rivers has said the “cascade” of 14 dams on the upper Mekong in Yunnan could have “devastating impacts on downstream communities”.

“The dams would mean death by a thousand cuts to the river’s rich fisheries and the people who depend on them,” the group said.

The damage could create an economic crisis in Cambodia and Vietnam, according to Eyler of the Stimson Centre. 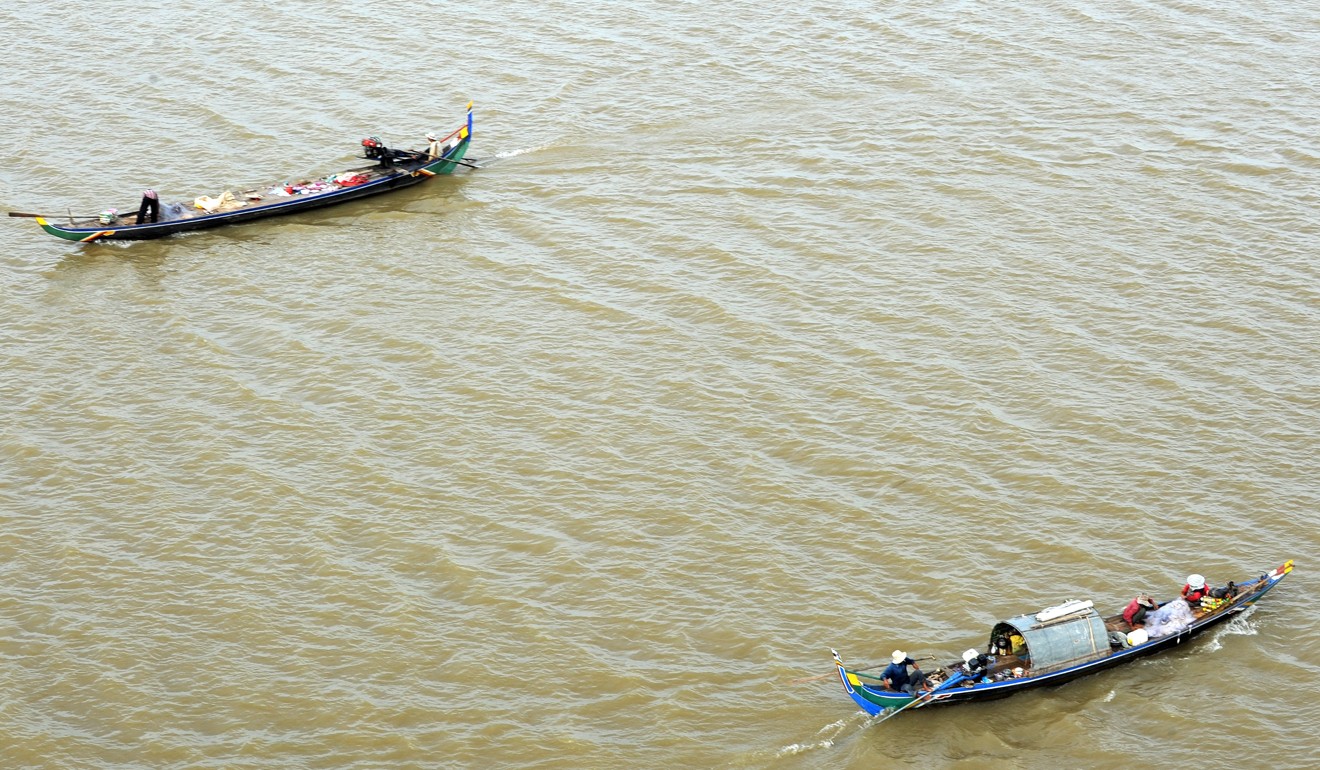 A Cambodian fishing family drive their boat in the Mekong River on the outskirts of Phnom Penh. Photo: AFP

In Thailand, the only country in the Mekong region that has signed a treaty with America on any issue, activists have called on China to re-evaluate its “rapid blasting” of islets along the river.

Meanwhile, Beijing is placing pressure on Myanmar to revive its contentious Myitsone Dam project in the Irrawaddy River basin to provide electricity to a Chinese-backed economic zone in the country despite domestic concerns about environmental damage from large-scale flooding.

The environmental degradation and Chinese pressure have given the Mekong nations a taste of the pitfalls of doing business with their larger northern neighbour, and have created an opportunity for America to step in.

Pushing back against Beijing’s influence, the US in 2017 introduced the Mekong Water Data Initiative, a platform aimed at reducing vulnerabilities to the construction of dams upstream.

But analysts have said the US will not be able to match the level of investment China is offering.

“The US under Trump is at risk of a trade and tech war that will not deter China’s global ambitions and may lead it to circumvent the US,” Thitinan Pongsudhirak, associate professor of politics at Chulalongkorn University in Bangkok, told the Nikkei Asian Review.

And China’s economic footprint can be seen far beyond the energy industry.

President Xi pledged US$90 million in support for Cambodia’s defence sector at a belt and road summit in April. 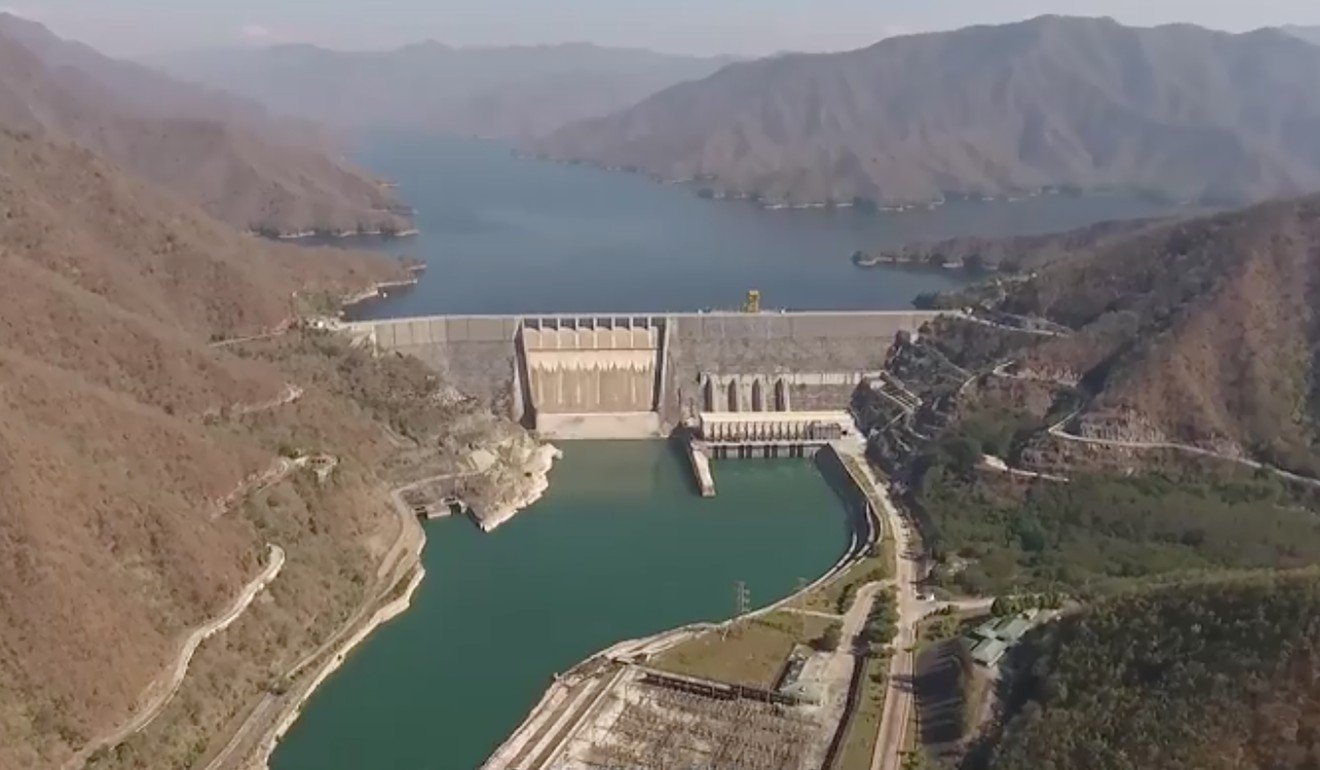 Beijing is placing pressure on Myanmar to revive its contentious Myitsone Dam project in the Irrawaddy River basin. Photo: Handout

Beijing is the largest investor in Cambodia by a wide margin, having pumped in US$12.6 billion since 1994, the bulk of it coming in the last few years. In 2016 it invested US$3.6 billion, according to the Council for the Development of Cambodia. That figure nearly doubled to US$6.3 billion just a year later. In the first week of 2018 alone, China signed 19 investment agreements with Phnom Penh.

Beijing is also bankrolling a 414km China-Laos railway project to the tune of US$7 billion. The line will run from Boten, a Laotian city bordering China in the country’s north, to the capital Vientiane, which will also be part of a Kunming-Singapore railway under construction. The building began in December 2016 and is scheduled to be completed by December 2021.

In trade, China is also spreading its tentacles. Vietnam saw an 86 per cent rise in inward foreign investment in the first quarter of this year, almost half of it from China as production bases shift south to avoid the impact of tariffs imposed by the US. Japanese investment bank Nomura this month said Vietnam had been the biggest winner from supply chain changes caused by the nearly year-long US-China trade war, resulting in an almost 8 per cent rise in its gross domestic product.

Five things to know about the Lancang-Mekong Cooperation summit

But Vietnam, like other nations, also wants to balance the influence of the two superpowers to reap the benefits of both relationships, experts say. Hanoi has built islets off its coast in the South China Sea as a strategy against Beijing’s increasing military presence in the waters. It has also been increasing its defence and security relations with the US. Vietnam will chair Asean next year, and observers say its lukewarm approach to China could serve as a backstop against Beijing’s deepening influence in the wider region.

“The mainland Southeast Asian countries that are part of the US-backed LMI are closer to China’s orbit than the countries of maritime Southeast Asia, with Vietnam being the one country aggressively seeking to balance China,” said Harding of CSIS.

Dulyapak Preecharush, assistant professor of Southeast Asian studies at Thammasat University in Bangkok, said Vietnam could not afford to damage ties with either the US or China. And other Mekong nations may take a similar approach because the benefits offered by the two powers were not mutually exclusive.

“The LMI, overall, can work in areas where China has not paid much attention, namely in governance, transnational development, humanitarianism, food and democracy, which are the non-traditional pillars of security,” he said.

“While China focuses on bringing modernisation through investments that bring tangible profits, the LMI can focus on the more comprehensive, human-focused sectors, even though the US does not share China’s geographical and logistical advantages in the Mekong region.

“Under the LMI, the US can be a developer and security guarantor amid China’s expansion.”