Over the past 10 years, French photographer Réhahn Croquevielle has motorcycled to every corner of Vietnam to explore its land and people. The decade-long journey has produced hundreds of thousands of stunning photos of the country.

Réhahn’s intimate bond with Vietnam began 10 years ago when he joined a volunteering mission to help local people with difficulties. Mesmerized by the Southeast Asian country, Réhahn decided to settle in the UNESCO-recognized town of Hoi An, considering it his second home.

“I first came to Vietnam in 2007 because I was sponsoring 2 girls from Hoi An. I decided to live in Hoi An because I love the country, the city, the food and the people. I went to Sapa for the first time in 2008 to take photos of the landscape. When I came back, I just took photos of the people. At that time I realized that there are 54 ethnic groups in Vietnam. I started to research about them,” Réhahn recalls.

All Vietnam’s attractions, from Mu Cang Chai’s terraced fields, the Dong Van rock plateau in the north, to the U Minh Ha national forest in the southernmost region, have been captured in his lens. So far, Réhahn has met 48 of Vietnam’s 54 ethnic minority groups. He said each group has its own cultural legacy but they all share the same value of humanity and optimism.

“I’m always trying to ask the people I’ve met to wear their traditional costumes. Out of the 48 ethnic groups I’ve met, I only saw maybe less than 10 who still wear their costumes every day. When people visited my gallery in Hoi An, they were really curious and wanted to come back to Vietnam because they suddenly realized that they had seen almost nothing,” Réhahn said.

Réhahn’s two books on Vietnam titled “Mosaic of Contrasts” have sold thousands of copies in 29 countries. Many of his photos have been exhibited in France, Cuba, Malaysia and India. Every day, Réhahn posts at least one photo of Vietnam on his Facebook account, which has more than 300,000 followers.

Réhahn has recently displayed a photo collection called “Precious heritage” at the Vietnam Museum of Ethnology in Hanoi. The exhibit portrays the life of Vietnamese ethnic groups.

Vo Quang Trong, Director of the museum, said “Réhahn’s collection is unique in that it features the costumes of all ethnic groups in Vietnam. We look forward to further cooperation with him for larger scale exhibits.”

Réhahn’s dedication has been acknowledged by ethnic communities. Briu Liec of the Co Tu in Quang Nam province said “I was Réhahn’s guide when he came to my district to take photographs. Sometimes it took him two days to capture one image that was acceptable to him. He even went to Laos to photograph the Co Tu. Each photo took him a lot of time and effort.”

Réhahn said he will try to meet all 54 Vietnamese ethnic groups in the near future. He also plans to organize a cultural exchange festival in Hoi An, involving representatives of all ethnic groups in Vietnam as a carnival to promote the country’s image to the wider world.

Portrait of Bru Van Kieu Woman,
one of the photos from “Precious Heritage” Collection

Portrait of An Phuoc – Girl with blue eyes,
one of the photos from “Precious Heritage” Collection 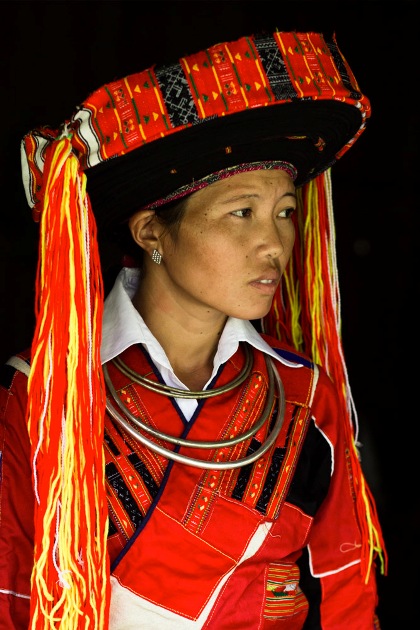 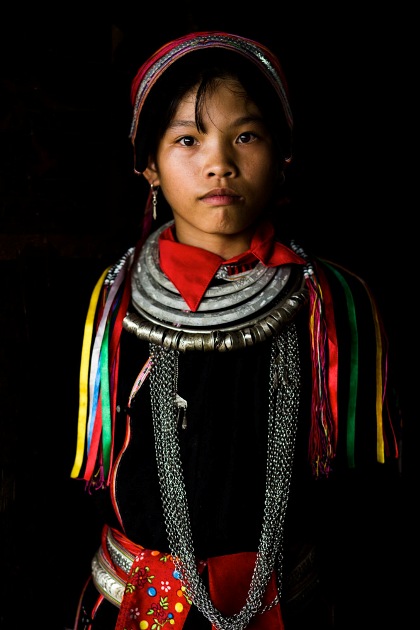