The U.S. government initiated a Freedom of Navigation Program to contest “unilateral acts of other states designed to restrict the rights and freedom of the international community.” The program includes both maneuvers designed exclusively to challenge maritime claims the U.S. considers excessive, and operations with other purposes that incidentally challenge territorial claims. END_OF_DOCUMENT_TOKEN_TO_BE_REPLACED

MANILA: While ASEAN and China adopting a code of conduct framework on the South China Sea is “good news”, Singapore Foreign Affairs Minister Vivian Balakrishnan says he does not want to “trivialise how difficult negotiations will be going forward.”

ASEAN and China adopted the framework on Sunday (Aug 6), with leaders expected to announce the formal start of negotiations on the code of conduct at the ASEAN Summit in November.

“Overall, the tone was positive, the situation is calmer, although some claimant states still continue to have concerns, which were expressed and echoed in the joint communique,” Dr Balakrishnan told Singapore reporters after a day of meetings. END_OF_DOCUMENT_TOKEN_TO_BE_REPLACED

North Korea has come out fighting following fresh UN Security Council sanctions on Pyongyang and after the United States and South Korea celebrated the punishing measures.

North Korea on Monday condemned the sanctions imposed in response to its weapons programmes, saying it would not negotiate over nuclear arms while threatened by the US.

The sanctions passed at the weekend were a “violent violation of our sovereignty”, Pyongyang said in a statement carried by its official Korean Central News Agency, adding it would take “righteous action” in return.

“We will not put our self-defensive nuclear deterrent on the negotiating table” while it faced threats from Washington, it said, “and will never take a single step back from strengthening our nuclear might”.

The UN Security Council unanimously adopted on Saturday a US-led resolution, which bans mineral and seafood exports from North Korea worth more than $1bn.

The triggering event late July, North Korea’s latest test of ballistic missiles, had the international community and experts concerned. Along with the North Korean government, they say the missiles can reach different parts of the US.

The UN Security Council has approved a resolution toughening sanctions on North Korea over its nuclear and missile programme.

The Security Council unanimously adopted on Saturday the US-led resolution, which bans mineral and seafood exports worth more than $1bn. END_OF_DOCUMENT_TOKEN_TO_BE_REPLACED 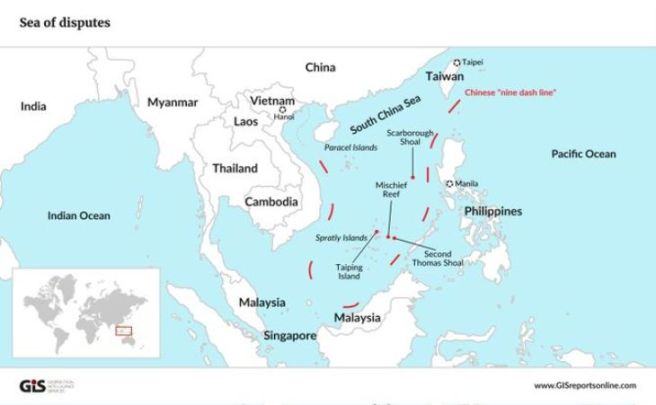 China has demanded India immediately remove troops from the border amid an increasingly tense stand-off in the remote frontier region beside the Himalayan kingdom of Bhutan. END_OF_DOCUMENT_TOKEN_TO_BE_REPLACED

07.08.201707.08.2017 ~ Trần Đình Hoành ~ Bạn nghĩ gì về bài viết này?
Foreign ministers from ASEAN member nations have achieved consensus on a framework agreement for a Code of Conduct (COC) in the East Vietnam Sea.The agreement was reached during the opening date of the 50th ASEAN Foreign Ministers’ Meeting (AMM 50) in Manila, the Philippines on Saturday.The framework document is expected to be discussed between the foreign ministers of ASEAN and China on Sunday, said Robespierre Bolivar, acting spokesperson of the Philippines’ Department of Foreign Affairs, told the press after the meeting. END_OF_DOCUMENT_TOKEN_TO_BE_REPLACED