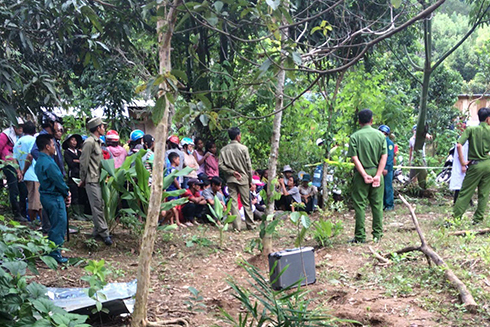 Neighbors said the family had been trying to dismantle a bomb to sell as scrap metal.

Six members of a single family were killed in an explosion in the central province of Khanh Hoa on Friday morning.

Among the victims were three children. Another child was seriously injured and is receiving treatment.

Local witnesses said they rushed to the house after hearing the blast to find the roof had been blown off and the smell of explosives hanging in the air.

An official said the explosion might have been caused by ordnance left over from the war.

Local media reports cited the victims’ neighbors as saying that one member of the family had brought home a bomb that morning and they were cutting it open when it exploded.

Police are investigating the case.

Across Vietnam, a fifth of the land is contaminated with unexploded ordnance, and explosions occur frequently. More than 1,500 people are killed every year, while another 2,200 are maimed, according to official data.

Many are killed by inadvertantly triggering the devices, while others die trying to cut open the bombs to resell the explosives and scrap metal.