Australia’s offshore immigration detention regime could constitute a crime against humanity, a petition before the International Criminal Court from a coalition of legal experts has alleged.

On Monday morning, GMT, a 108-page legal submission from the Global Legal Action Network (Glan) and the Stanford International Human Rights Clinic was submitted to the court, detailing what the network describes as the “harrowing practices of the Australian state and corporations towards asylum seekers”. The petition submits the office of the prosecutor of the ICC should open an investigation into possible “crimes against humanity committed by individuals and corporate actors”.

“As recent leaks reveal, these privatised facilities entail long-term detention in inhumane conditions, often including physical and sexual abuse of adults and children,” Glan said in a statement. 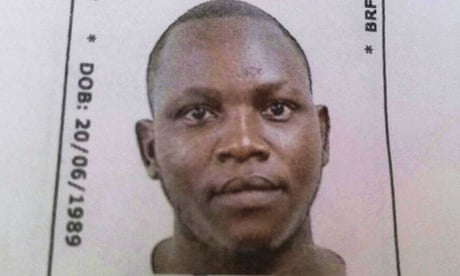 “The conditions and resulting hopelessness have caused what experts describe as ‘epidemic levels’ of self-harm among those held on these islands. Based on original research, the communication is the most comprehensive submission on crimes against humanity perpetrated outside of context of war.”

Heads of government and other state officials are not immune from prosecution by the ICC, but the prosecution of an Australian government official – either sitting or retired – would be unprecedented.

The prosecutor would need to be convinced Australia’s crimes constituted “a widespread or systematic attackdirected against any civilian population, with knowledge of the attack”.

The operation of the International Criminal Court is governed by the Rome Statute, to which Australia, which controls the offshore detention regimes on Nauru and Manus, is a party.

Article 7 of the Rome Statute defines a crime against humanity as, among nine other offences, “deportation or forcible transfer of populations; imprisonment or other severe deprivation of physical liberty in violation of fundamental rules of international law”.

Glan is a non-profit legal organisation, based in London and Dublin, pursuing legal actions to address human rights violations in the global south.

Since 2001, in two iterations, Australia has run offshore immigration centres on the remote islands of Nauru, in the Pacific, and Manus, part of Papua New Guinea. All asylum seekers who arrive in Australia by boat are sent to these islands. Plane-borne asylum seekers are not sent offshore.

Both island detention camps have been the subject of sustained criticism by the UN, human rights groups and other nations over sexual and physical abuse of those detained, including rapes, beatings and the murder of one asylum seeker by guards; child sexual abuse; chronic rates of self-harm and suicide; dangerous levels of sustained mental illness; harsh conditions; and inadequate medical treatment leading to several deaths. 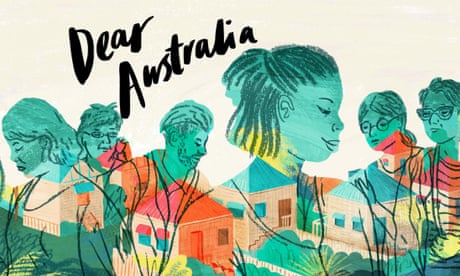 In 2014, the independent member for Denison, Andrew Wilkie, wrote to the office of the prosecutor of the ICC, requesting it commence an investigation into Australia’s offshore detention regime, alleging crimes against humanity in offshore detention.

About 2,000 men, women and children are now held on Nauru and Manus Island, about 1,500 of whom have been formally recognised as refugees – that is, they have a well-founded fear of persecution and cannot be sent back to their homelands.

Most have been held on the islands for more than three years, with no prospect of an imminent release.

The detention centre on Manus was found to be “illegal and unconstitutional” by the PNG supreme court more than 10 months ago, because it unlawfully deprived detainees of their constitutional right to liberty. The centre remains operational.

The detention centres are privately run under contract from the Australian government by the Spanish infrastructure giant Ferrovial, which took control of the Australian company Broadspectrum (previously known as Transfield) in May 2016. Ferrovial has indicated it will not run the camps after its contract expires in October.

Recent leaks from within the camps, such as the Guardian’s Nauru files, have detailed chronic levels of physical and sexual abuse, especially of children, and widespread self-harm and suicide attempts. Two refugees set fire to themselves on Nauru last year, one of whom died.

Dozens of senior staff members employed in the two island camps have publicly detailed abuses on the island, including the former head of mental health services in Australian immigration detention centres Dr Peter Young, who said the detention environment was deliberately and “inherently toxic” and met the definition of torture. Traumatologist Paul Stevenson described the conditions in the camps as the worst “atrocity” he had seen in 40 years of trauma counselling.

In July, Guardian Australia revealed that the directors of Ferrovial had been warned by professors from Stanford law school that its directors and employees risked prosecution for crimes against humanity for supplying services to the camps on Nauru and Manus.

Diala Shamas, a law lecturer at Stanford’s international human rights and conflict resolution clinic, said the submission to the ICC demonstrated that Australia’s government officials, as well as some of their corporate contractors, might be liable for crimes against humanity.

“At a time when global powers including the United States are shutting their doors to refugees, it is crucial for international legal institutions to protect them,” Shamas said.

Dr Ioannis Kalpouzos, a lecturer at the University of London’s City Law School and chairman of Glan, said Australia’s hardline policies on irregular migration were setting a dangerous precedent, with European countries seeking to follow its example.

“We are witnessing the normalisation of crimes committed against the world’s most vulnerable population – refugees,” Kalpouzos said. “The prosecutor must recognise the gravity of the situation and prevent this.”

In Australia, Matthew Phillips, co-director of GetUp’s No Business in Abuse campaign, said Ferrovial took over the running of offshore detention “with full and prior knowledge it would make the company complicit in gross abuses of human rights”.

‘Non-people’, the bounds of humanity, and one person’s story of survival

“In making the decision to buy Broadspectrum and run the abusive detention camps, Ferrovial was not only acting against the advice of human rights experts but in the face of a ruling by the supreme court of Papua New Guinea that the Manus Island facility was illegal.”

The Glan-Stanford petition also comes at a crucial juncture for the court.

Since its establishment in 2002, the ICC has only established three investigations at the prosecutor’s initiative (propio motu), against Congolese warlords Thomas Lubanga Dyilo and Germain Katanga, and over crimes against humanity and war crimes in South Ossetia.

Four countries – the Gambia, South Africa, Burundi and Russia – have recently withdrawn as signatories or parties – amid sustained criticism that the court is biased against African nations. The ICC has overwhelmingly focused its investigations on allegations against Africans.

Dr Itamar Mann, a senior lecturer at Haifa University and Glans legal adviser, said the prosecutor now had an opportunity to address criticisms that the ICC was “biased in its almost exclusive focus on African states”.

Australia’s Department of Immigration and Border Protection did not respond to a request for comment on the ICC petition.