END_OF_DOCUMENT_TOKEN_TO_BE_REPLACED

20.02.2017 ~ Trần Đình Hoành ~ Bình luận về bài viết này
I was invited by the editors of The VVA Veteran, publication of Vietnam Veterans of America, to submit an article reviewing the history of mine action efforts in Viet Nam, including the role of American veterans and U.S. veterans organizations. Over the past couple of decades of cooperation with our Vietnamese colleagues, and with support from the U.S. government and other international donors and project partners, we are coming very close to the reality of “making Viet Nam safe” from the daily threat of cluster bombs and other ordnance left from the war. CS 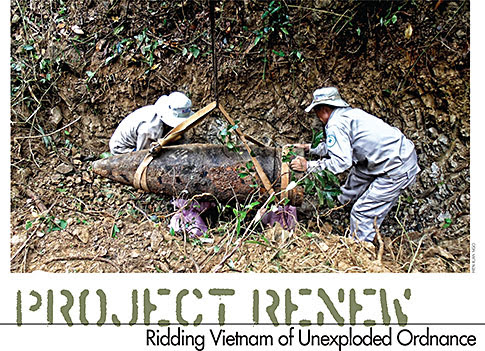 For most Americans, the Vietnam War ended in 1975. But for too many Vietnamese, the war didn’t end then. They continued to suffer death, injury, and lifetime disabilities from munitions that remained on the surface or just under the soil. These weapons posed a constant danger to unsuspecting residents throughout the country—but especially along the former demilitarized zone.

END_OF_DOCUMENT_TOKEN_TO_BE_REPLACED

Foreign submarines passing through these waters would be required to surface and fly national flags.

China has announced plans to revise a 34-year-old maritime safety law and start banning some foreign ships from its territorial waters in 2020.

Chinese state media reported that a revised version of the 1984 Maritime Traffic Safety Law would provide China with the legal firepower to restrict access to waters it claims as its own.

“The draft would empower maritime authorities to prevent foreign ships from entering Chinese waters if it is deemed that the ships could harm traffic safety and order,” the Global Times said in a recent report.

END_OF_DOCUMENT_TOKEN_TO_BE_REPLACED

A new environment study paints a very bleak picture of Vietnam, measuring its air pollution as the second deadliest in Southeast Asia in terms of the raw number of premature deaths.

Deaths attributable to dangerous air particles in Vietnam jumped 60 percent from 26,300 in 1990 to 42,200 in 2015, according to the report issued jointly on Tuesday by the Health Effects Institute, a Boston research institute focused on the health impacts of air pollution, and the Institute of Health Metrics and Evaluation in Seattle.

In Southeast Asia, the country’s fatalities came second only to Indonesia’s, the study found. Vietnam has the third largest population in the region.

Ambient air pollution is measured by the concentration of PM2.5, a fraction of the width of a human hair which is released from vehicles, industry, as well as from natural sources like dust.

Pollution in Vietnam worsened between 2000 and 2005, but improved later and thus stayed almost unchanged over the surveyed period.

Vietnam is lagging behind its targets to install 800MW of wind power by 2020. Photo by Reuters

Cheap electricity prices have literally taken the wind out of the sails of potential investors.

The country has set a target of producing around 6,000 MW of wind power by 2030, equivalent to 2.1 percent of total electricity generation.

Deputy Trade Minister Hoang Quoc Vuong said Vietnam currently has four wind farms with a combined capacity of just 160 MW, implying that there is much more room for wind power in the country’s energy mix, the Saigon Times reported.

END_OF_DOCUMENT_TOKEN_TO_BE_REPLACED

Thousands of followers of Thailand’s largest Buddhist temple have defied police orders to evacuate the 1,000 acre facility, hindering the search for the monastery’s former head monk who is wanted for allegedly accepting $40m of embezzled money and money-laundering.

Followers of the Dhammakaya Temple, north of the capital Bangkok, held posters on Sunday calling for police to retaliate and appealed for international attention and assistance.

“We have cooperated with the government every step of the way but this is one step too far,” Phra Pasura Dantamano, a temple spokesman and senior monk, told Reuters News Agency.

“We’re asking authorities to suspend the emergency law and lift their siege. Our supplies are low and we have been without power or water for three days.”

Police said on Sunday that non-residents of the temple must evacuate the premises to accelerate the search as temple activities were standing in the way of police forces, while resident monks were ordered to convene at an exit point. END_OF_DOCUMENT_TOKEN_TO_BE_REPLACED