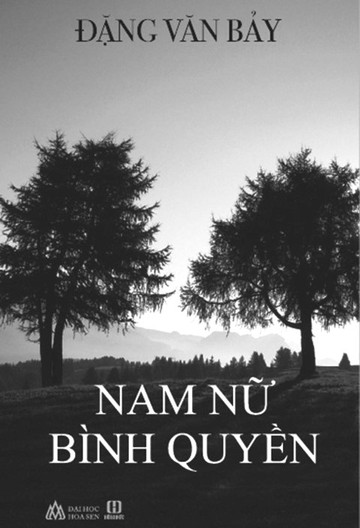 China’s rapid nuclear expansion will result in it overtaking the U.S. as the nation with the largest atomic power capacity by 2026, according to BMI Research.

The world’s second-biggest economy will almost triple its nuclear capacity to nearly 100 gigawatts by 2026, making it the biggest market globally, analysts said in a note dated Jan. 27. The nation added about 8 gigawatts of nuclear power last year, boosting its installed capacity to about 34 million kilowatts, according to BMI.

China has committed to boosting nuclear power, which accounted for about 1.7 percent of its total generation in 2015, to help reduce reliance on coal, which accounts for two-thirds of its primary energy. The nation has 20 reactors currently under construction, according to the International Atomic Energy Agency. Another 176 are either planned or proposed, far more than any other nation, according to the World Nuclear Association. END_OF_DOCUMENT_TOKEN_TO_BE_REPLACED

Tonle Sap in Cambodia, the largest freshwater lake in Southeast Asia, is under threat of water pollution. (Photo: Pichayada Promchertchoo)

KAMPONG CHHNANG, Cambodia: Piles of rotten garbage and a choking odour engulfed the bank of Tonle Sap near a small harbour in Chhnok Tru, Kampong Chhnang. Most of the rubbish, from plastic bags to human waste and animal carcasses, came from a fresh market a few steps away.

For visitors, the experience may be shocking. But for the inhabitants of Tonle Sap – Southeast Asia’s largest freshwater lake stretching 13,000 sqkm across five Cambodian provinces – that is the only environment they know, and it is getting worse. END_OF_DOCUMENT_TOKEN_TO_BE_REPLACED

People from the Filipino Migrant Workers’ Union join a rally in Hong Kong organised by the International Migrants Alliance to protest against US President Donald Trump and his recent immigration and refugee restrictions on February 5, 2017. (Photo: AFP / ISAAC LAWRENCE)

HONG KONG: Dozens of people gathered outside the US consulate in Hong Kong on Sunday (Feb 5) to protest against US President Donald Trump’s executive order on immigration.

Many were women from the Philippines and Indonesia employed in Hong Kong as domestic workers. Protesters chanted, “US imperialist, number one terrorist!”

“We are very worried that what Donald Trump is doing will also be adopted by other states who believe that their nation is the greatest nation without the migrants,” activist and domestic worker Eni Lestari said outside the US Consulate General. END_OF_DOCUMENT_TOKEN_TO_BE_REPLACED

“I do not see any need to increase the number of forces we have in the Middle East at this time,” Mr. Mattis said, speaking in Tokyo at a news conference as he wound up his visits to Japan and South Korea, his first foreign trip as defense secretary.

Michael T. Flynn, President Trump’s national security adviser, said this week that the United States was putting Iran “on notice” because of its recent missile test and support for Houthi rebels in Yemen, whom the United States has accused of threatening American vessels in the Red Sea and attacking a Saudi Navy patrol boat.

The Trump administration imposed economic sanctions on Friday against 25 Iranians and companies that it said were connected with Iran’s missile program and the country’s Islamic Revolutionary Guard Corps. But so far, the White House has not announced military steps to strengthen its presence in the region. No American aircraft carrier is currently deployed in the Persian Gulf, though the Navy was expected to rotate one into the area.

Mr. Mattis defended the decision to put a spotlight on Iran’s behavior, saying that it was important to make Iran recognize that “it is getting the attention of a lot of people.”

But Mr. Mattis said that the United States did not need to deploy additional military resources to signal its concern. “Right now, I do not think that is necessary,” he said.

Mr. Mattis also signaled restraint on another hot spot: the South China Sea. Mr. Mattis said that China’s territorial claim to almost all of its waters “has shredded the trust of nations in the region.” But he emphasized that he saw no need for more military maneuvers in the area.

“What we have to do is exhaust all diplomatic efforts to try to resolve this properly,” he said.

MANILA – Philippine communist rebels said Wednesday they were terminating their unilateral cease-fire after accusing the government of failing to release all political prisoners and encroaching on rebel-held areas.

The Communist Party of the Philippines and its military arm, the New People’s Army, said that the Aug. 28 cease-fire will expire Feb. 10. The rebels and the government had separately declared a cease-fire as they resumed their peace talks.

The rebels said they continue to support peace negotiations. Founded in 1968, the rural-based guerrillas have unsuccessfully tried to negotiate an end to their rebellion and their inclusion in government with six Philippine presidents, including Rodrigo Duterte. END_OF_DOCUMENT_TOKEN_TO_BE_REPLACED

MANILA – Philippine President Rodrigo Duterte on Tuesday said he had asked China to send naval or coast guard ships to patrol international waters off the southern Philippines to help in the fight against piracy.

In an address to military officers, the Philippine leader said he “asked China if they can patrol the international waters without necessarily intruding into the territorial waters of countries,” referring specifically to the Sulu Sea between Mindanao and Borneo.

“We would be glad if we have their presence there,” he added. END_OF_DOCUMENT_TOKEN_TO_BE_REPLACED

HYDERABAD, India — When the Islamic State identified a promising young recruit willing to carry out an attack in one of India’s major tech hubs, the group made sure to arrange everything down to the bullets he needed to kill victims.

For 17 months, terrorist operatives guided the recruit, a young engineer named Mohammed Ibrahim Yazdani, through every step of what they planned to be the Islamic State’s first strike on Indian soil.

They vetted each new member of the cell as Mr. Yazdani recruited helpers. They taught him how to pledge allegiance to the terrorist group and securely send the statement.

And from Syria, investigators believe, the group’s virtual plotters organized for the delivery of weapons as well as the precursor chemicals used to make explosives, directing the Indian men to hidden pickup spots.

Robert O. Work, the veteran defense official retained as deputy secretary by President Trump, calls them his “A.I. dudes.” The breezy moniker belies their serious task: The dudes have been a kitchen cabinet of sorts, and have advised Mr. Work as he has sought to reshape warfare by bringing artificial intelligence to the battlefield.

No, the dudes told him, “the smartest guys are at Facebook and Google,” Mr. Work recalled in an interview.

Now, increasingly, they’re also in China. The United States no longer has a strategic monopoly on the technology, which is widely seen as the key factor in the next generation of warfare.

The Pentagon’s plan to bring A.I. to the military is taking shape as Chinese researchers assert themselves in the nascent technology field. And that shift is reflected in surprising commercial advances in artificial intelligence among Chinese companies.

A group of disputed islands, Uotsuri island (top), Minamikojima (bottom) and Kitakojima, known as Senkaku in Japan and Diaoyu in China is seen in the East China Sea, in this photo taken by Kyodo September 2012. Mandatory credit. REUTERS/Kyodo/File Photo

BEIJING: China warned the United States Saturday (Feb 4) not to destabilise East Asia after Donald Trump’s new defence secretary said an island chain claimed by both Tokyo and Beijing was covered by a US-Japan military accord.

The Senkaku islands, known in China as the Diaoyus, sit in rich fishing grounds and are at the centre of a festering row between Tokyo and Beijing, which claims they have been part of Chinese territory for centuries. END_OF_DOCUMENT_TOKEN_TO_BE_REPLACED

BEIJING – The United States should stop using the Dalai Lama to create trouble for China, a senior Chinese official in charge of Tibet affairs told an influential state-run newspaper.

The U.S. is damaging ties with China, said Zhu Weiqun, head of the ethnic and religious affairs committee of the top advisory body to China’s parliament, according to the Global Times.

The Global Times, a tabloid known for writing strongly worded, hawkish and nationalist editorials, is published by the Communist Party’s flagship paper. END_OF_DOCUMENT_TOKEN_TO_BE_REPLACED

China has accused the US of putting the stability of the Asia-Pacific at risk after Donald Trump’s defence secretary said Washington would come to Japan’s defence in the event of a conflict with Beijing over the disputed Senkaku islands.

James Mattis, on a two-day visit to Japan, said the islands, which are controlled by Japan but also claimed by China, fell within the scope of the Japan-US security treaty, under which Washington is obliged to defend all areas under Japanese administrative control. END_OF_DOCUMENT_TOKEN_TO_BE_REPLACED

Two years ago, some European and US experts gathered to discuss China in an elegant English country house. The setting was seductive, but the mood was dark. Two years into Xi Jinping’s presidency, China’s politics were turning away from the liberalising trend of the previous three decades, towards a hard-edged nationalism that was discomfiting China’s immediate neighbours and their western allies.

China was getting more powerful but less friendly, squeezing foreign competition out of its internal markets, throwing its weight around the South China Sea, crushing internal dissent and enforcing loyalty to the regime. END_OF_DOCUMENT_TOKEN_TO_BE_REPLACED