HANOI: Vietnam said on Wednesday (Feb 22) it will punish 11 senior officials for misconduct over a toxic waste dump last year that killed tonnes of fish in one of the country’s worst environmental disasters.

Taiwanese steel firm Formosa was blamed for the crisis that decimated livelihoods in coastal fishing communities in central Vietnam and was forced to pay $500 million in fines.

Fishermen and activists in authoritarian Vietnam have staged rare protests since the disaster and filed lawsuits demanding a fair share of compensation. END_OF_DOCUMENT_TOKEN_TO_BE_REPLACED

VietNamNet Bridge – A flight carrying the representative of a US-based group which runs many large casinos worldwide landed in Vietnam just days before Vietnam’s traditional Tet holiday. A closed negotiation was conducted in an effort to enter the domestic casino market.

Just days later, Decree No 03 on casino management  [Nghị Địnn 3/2017/NĐ-CP], which allows Vietnamese to go to casinos, was issued.

With the legal document, plus the decree on horse and dog races, and football betting, the doors to cash-prize games in Vietnam opened widely. END_OF_DOCUMENT_TOKEN_TO_BE_REPLACED 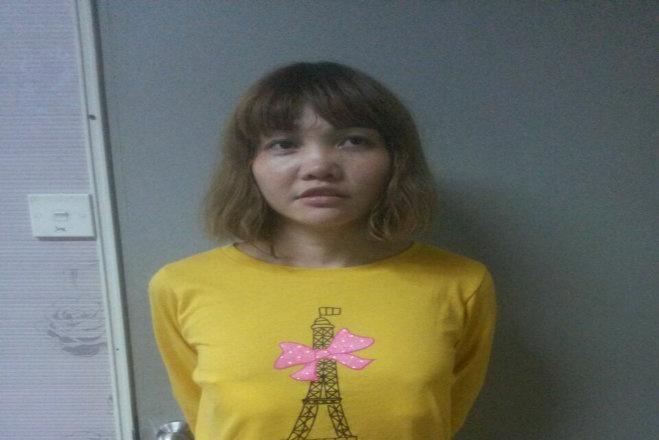 The Vietnamese woman suspected of helping to kill the North Korean leader’s half-brother was a keen singer whose Facebook pages featured pouting portraits and pictures of parties.

Four days before Kim Jong Nam was killed at a Malaysian airport, she appears to have posted a picture of herself wearing a shirt emblazoned with the acronym “LOL”, similar to the one on the fleeing suspect caught on CCTV cameras.

Doan Thi Huong worked at an entertainment outlet, according to Malaysian police, who have arrested her over the murder of Kim Jong Nam. END_OF_DOCUMENT_TOKEN_TO_BE_REPLACED

22.02.2017 ~ Trần Đình Hoành ~ Bình luận về bài viết này
Malaysian police have identified a senior official in the North Korean embassy as a suspect in the killing of Kim Jong-nam, and said another was linked to the North Korean state airline Air Koryo.

Police chief Khalid Abu Bakar said on Wednesday that both suspects are still in Malaysia and have been called in for questioning, adding that the North Korean diplomat held the rank of second secretary at the embassy. END_OF_DOCUMENT_TOKEN_TO_BE_REPLACED