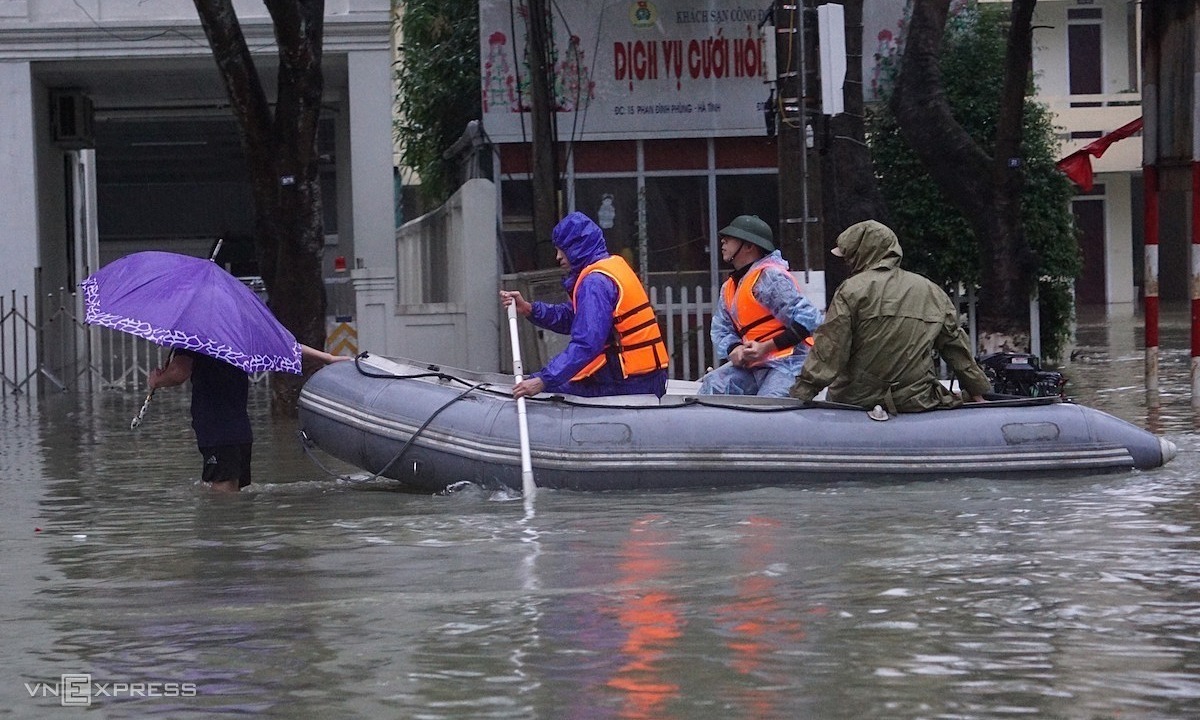 The number of deaths caused by flooding and landslides in central Vietnam rose to 102 Monday night, with 26 still missing.

The Central Steering Committee for Natural Disaster Prevention and Control says the three provinces with the highest loss of lives are Quang Tri with 48 people, Thua Thien-Hue with 27 and Quang Nam with 11.

As of 4 p.m. Monday, Ha Tinh, Quang Binh and Quang Tri provinces had 166,780 households submerged in floodwaters, and 28,900 households with 90,900 residents had been evacuated.

Water levels were rising fast in rivers flowing through Ha Tinh. At 3 p.m., the water level had gone past the highest danger Level 3 by 0.5 m at Ngan Sau River near Chu Le Train Station. Water levels at the Ngan Pho and La rivers had reached danger Level 1.

“Tuyen Hoa District, the area near Gianh River, is still heavily flooded. We are focusing on relief for the people here and evacuating them according to plan,” he said.

The National Highway 1A section in Quang Binh Province and one part linking to Ho Chi Minh Highway were heavily flooded.

In Quang Tri Province, 53,750 houses in the nine districts of Huong Hoa, Dak Rong, Cam Lo, Dong Ha, Vinh Linh, Gio Linh, Quang Tri, Trieu Phong and Hai Lang are inundated. As many as11,083 households with more than 34,000 people have been evacuated.

According to the National Center for Meteorological and Hydrological Forecasting, the heavy downpours are likely to continue until Wednesday.