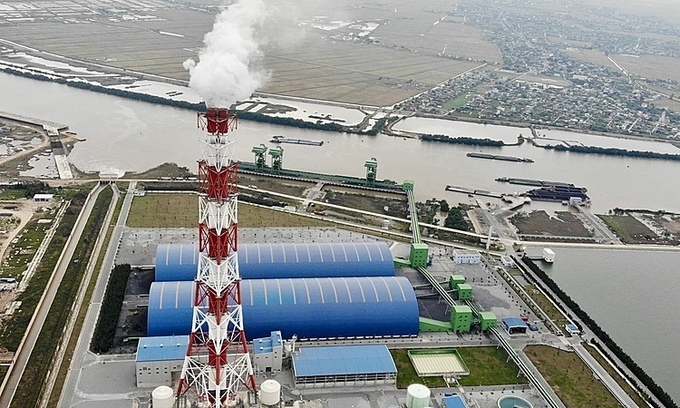 12 organizations specializing in health and environment together have called on Vietnam to scrap 14 new coal plants.

The 14 projects, located in eight provinces – Quang Ninh and Bac Giang in northern Vietnam, Nghe An, Ha Tinh and Binh Thuan in central Vietnam, and the southern Long An, Tien Giang and Soc Trang – will have a total capacity of 17,390 MW.

Seven of these have already faced considerable public backlash, while one project has been delayed for eight years and investors of two others are undetermined. For four ongoing projects, provincial authorities are contemplating a switch from coal to gas and “green energy.”

The collective statement said they were alarmed that the new coal plants under the revised national Power Development Plan VII carry huge risks of damaging the environment and public health, thereby threatening the country’s political and socioeconomic stability.

The collective pointed to a global retreat from investing in fossil fuel projects and the shift to clean and sustainable energy, implying that Vietnam follow suit.

The statement proposes that the government stops the 14 projects and conducts a comprehensive evaluation of their economic feasibility and environmental impacts.

It also proposes that the authorities work on removing obstacles facing ongoing renewable energy projects and that the citizenry is involved at all stages, from the planning of energy projects to their completion.

Dr Bui Thi An, a former National Assembly representative and Director of Institute for Resources, Environment and Community Development (IRECO), said the government should be transparent about the price of coal-fired energy so as to enable a comprehensive comparison with other forms of energy generations.

The accusation was denied by state power utility EVN that runs several plants. EVN said the plants were so far away that they could not pollute the city.

Pham Thi Huong Giang, President of the Song Foundation, a non-profit that helps build new weather-resilient housing in regions frequently stricken by natural disasters in Vietnam, noted that a statement like this was unprecedented. Usually, concerns about and proposals on tackling environmental pollution have only been made individually.

“This shows how urgent the problem is. We want to work with the government to come up with specific solutions. The statement has been widely shared and liked on social media which is a really positive reaction so far,” she said.

Last November, a report by the Ministry of Industry and Trade, prepared in collaboration with Denmark’s Energy Agency also warned Vietnam against building new coal-fired power plants. It said the country needs early action to reduce future coal demand, which could include taxation on the use of coal or limits on new coal-based power generation.