A Sydney retiree has been convicted of terrorism and jailed for 12 years by a Vietnamese court, in a judgment human rights advocates have described as “essentially a death sentence”.

Chau Van Kham, 70, was convicted and sentenced at his first appearance in the people’s court of Ho Chi Minh City after more than 10 months in detention.

Chau, whose health has deteriorated badly in detention, was convicted over his membership of the Viet Tan political party, a movement critical of the Vietnamese government that the government has proscribed as a terrorist organisation.

Vietnam’s Ministry of Public Security said in a statement Chau was convicted of holding a senior position in the New South Wales chapter of Viet Tan, for “financing terrorism” and for recruiting new members to the movement. The court also ordered Chau be deported after serving his sentence. 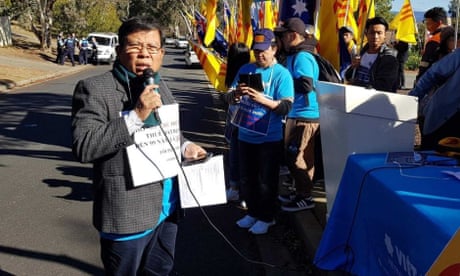 In a statement Chau’s family said they were “distraught” at the heavy sentence.

“His is 70 years old with frail health and no immediate family in Vietnam. We will pursue all avenues of appeal on the severity of the sentence.”

Chau’s family said they had not been allowed any direct access or contact with him since his arrest, even at his trial. Only one family member was allowed access to the court.

“We urge the Australian government to speak with the Vietnamese authorities to protect an aged Australian citizen’s rights and interests.”

Chau was convicted in a judge-only trial amid tight security, with only approved people allowed in the courtroom.

Despite sweeping economic reforms and an increasing openness to social change, Vietnam’s ruling Communist party retains tight media censorship and does not tolerate political criticism from either within or outside Vietnam.

“At the trial, Chau said he loves Vietnam and doesn’t have any intention to carry out terrorism activities in the country,” the lawyer Nguyen Van Mieng said.

“The prosecutors stuck to the idea that he’s a member of Viet Tan to charge him with terrorism. The jail terms for political prisoners are getting longer and longer,” he said.

Human Rights Watch’s deputy Asia director, Phil Robertson, said that by sentencing Chau to 12 years in prison, “Vietnam has handed down what is essentially a death sentence on him”.

“Given the harsh and unforgiving conditions in Vietnam’s prisons, he will face huge challenges to survive his entire sentence. He has been incarcerated on bogus, politically motivated charges that demonstrate just how fearful Vietnam is about people exercising their rights and demanding genuine democracy.

“He should be released immediately and unconditionally, and allowed to return to his family in Australia.”

According to the police statement before the court, Chau entered Vietnam from Cambodia in January this year when he gave US$400 to a man named Nguyen Van Vien to fund the operations of Viet Tan. He was also travelling on false documents.

“This is a very serious case of national security infringement led by Viet Tan’s key people,” the statement said.

Chau, while an outspoken campaigner for democratic reform in Vietnam, has consistently denied all charges of terrorism or plotting to overthrow the government.

In a statement published last week, Viet Tan dismissed the case as a “sham trial”.

“Viet Tan will continue to support human rights defenders on the ground. Chau Van Kham entered Vietnam to gain first-hand insight into the human rights situation in the country,” the organisation’s chairman, Do Hoang Diem, said.

“Twelve years is a shocking sentence for anyone, but especially for a 70-year-old man with health problems who according to the court indictment is not accused of violent activity but just being a member of Viet Tan and peacefully opposing the government. This is extremely harsh. 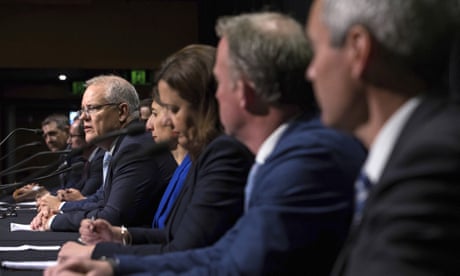 “The Australian government should redouble its efforts to free Chau Van Kham and call out Vietnamese authorities for its repeated prosecuting of people who peacefully criticise the government.”

Chau, an Australian citizen, was born in Vietnam and served in the army of the Republic of Vietnam before 1975. After the war, he was sent to a re-education camp for three years, before he fled Vietnam by boat, arriving in Australia in 1983.

Chau has been a member of Viet Tan since 2010. In the 1980s, Viet Tan advocated for the toppling of the communist government through popular uprising, but in recent years it has explicitly “rejected the use of violence”, stating the organisation is “convinced that nonviolent means are most effective for generating maximum civic participation … to contribute to Vietnam’s modernisation and reform”.

Viet Tan was proscribed as a terrorist group by the Vietnamese Ministry of Public Security in 2016.

Chau was arrested in January alongside the Vietnamese citizens Nguyen Van Vien, 48, and 20-year-old Tran Van Quyen, who are also reportedly members of Viet Tan and who are also facing terrorism charges.

Delicious Meals Are Best When Enjoyed With Family And Friends. Made From 100% Fresh Roma Tomatoes, Contadina® Tomatoes Add Rich And Authentic Flavor To All Your Favo…

The Guardian has approached Australia’s minister for foreign affairs, Marise Payne, for comment.