HANOI (Reuters) – Vietnam’s crackdown on high level corruption has led to the arrest of dozens of officials from state oil firm PetroVietnam and the banking sector. 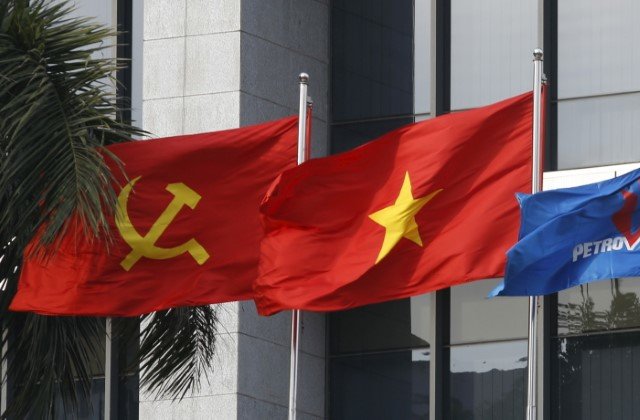 Flag of PetroVietnam (R) flutters next to Vietnamese national flag (C) and Communist Party flag in front of the headquarters of PetroVietnam in Hanoi January 11, 2016. REUTERS/Kham

As well as shedding light on graft, mismanagement and nepotism within state firms at a time privatization is accelerating, the arrests show the ascendancy of a more conservative faction within the ruling Communist Party. END_OF_DOCUMENT_TOKEN_TO_BE_REPLACED