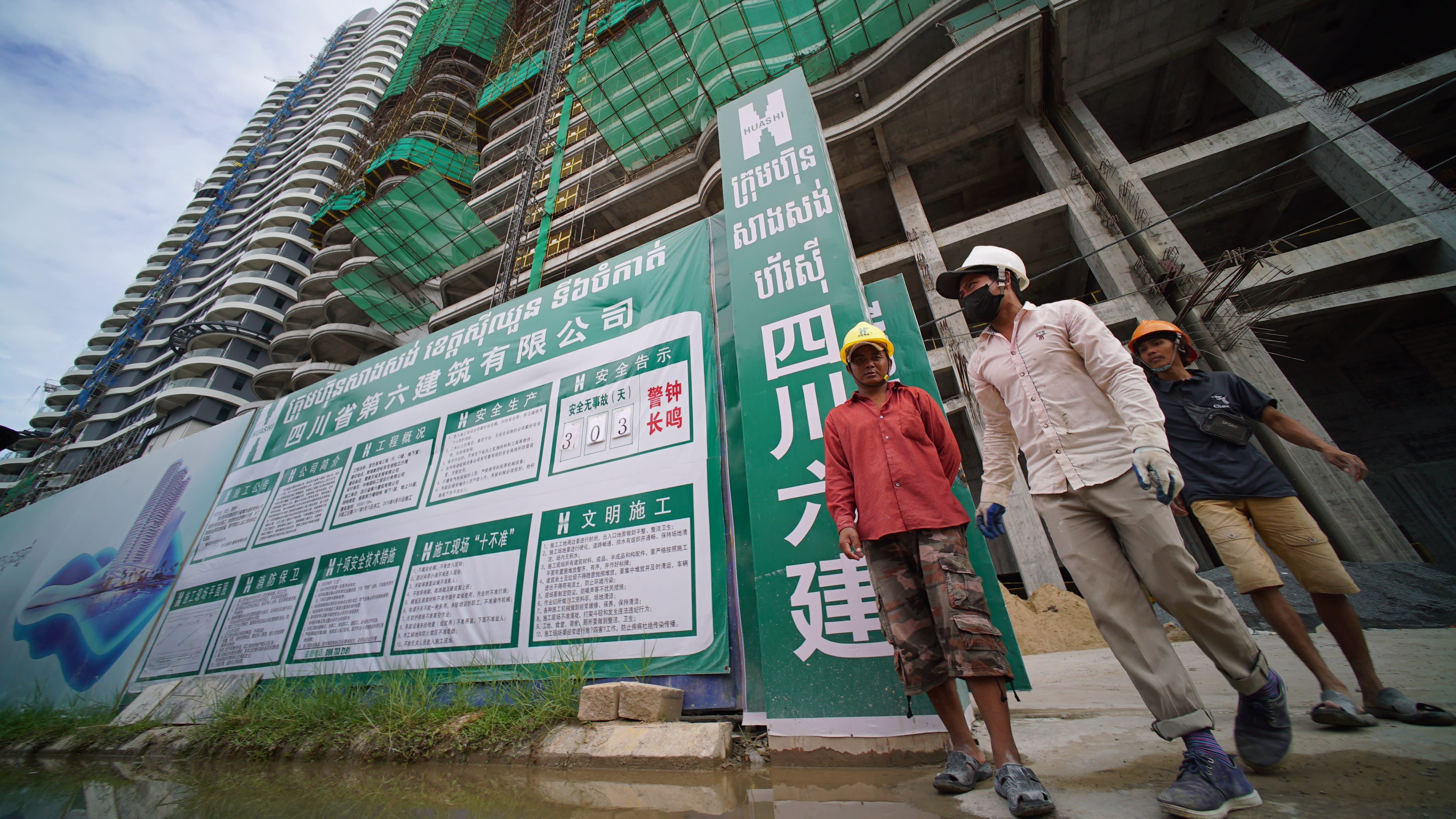 Chinese investment is fueling a construction boom in Cambodia, but it is also bringing headaches. (Photo by Akira Kodaka)

PHNOM PENH/SIHANOUKVILLE, Cambodia — As boom-mounted cameras swept the horizon, a drone hovered above more than 50,000 party faithful who had begun streaming noisily through the Cambodian capital well before dawn, dressed in white shirts and caps, and waving blue flags.

The modern technology captured an old and familiar scene: the unshakable Cambodian People’s Party elite out in strength ahead of a controversial general election that most observers believe lacks a credible opposition. The main Cambodian National Rescue Party was dissolved by Supreme Court order, and its leader Kem Sokha is in prison.

Kicking off the campaign for this month’s election was the longest-serving prime minister in the Asia-Pacific region: Hun Sen, the 65-year-old party chairman. Singers performed rousing favorites, monks dispensed petals and blessings, and troupes of dancers — apsaras, rowers and ducklings — softened up the crowd. At 7:15am, Hun Sen began reading from a prepared text and did not stop for 70 minutes. He was interrupted only once by a brief, almost auspicious sprinkling of rain. END_OF_DOCUMENT_TOKEN_TO_BE_REPLACED

On any given day, a pall of smog and dust hangs over Kabul’s streets. It clings to the face, burns the eyes, and stains the hands. It bathes the cars, often stuck bumper-to-bumper in traffic, and occludes the view of the distant mountains. Credit: Anand Gopal/IPS

Yet the levels, which appear higher than those of South Korea’s capital Seoul—where most people monitor the air pollution levels daily—is not treated with equal concern because of a lack of general awareness. This is despite the fact that air pollution has become the largest cause of premature deaths in Asia.

“When I went to Vietnam, I realised no one thought there was an air pollution problem because no one was directly addressing it. It was worse than Seoul when we checked the level there. In Seoul, people talk about air pollution everyday. In the morning, you check the air quality to see if you need a mask or if the kids can play outside. In Hanoi, the problem is just as bad but people just don’t know about it,” Global Green Growth Institute’s director-general Dr. Frank Rijsberman told IPS. END_OF_DOCUMENT_TOKEN_TO_BE_REPLACED