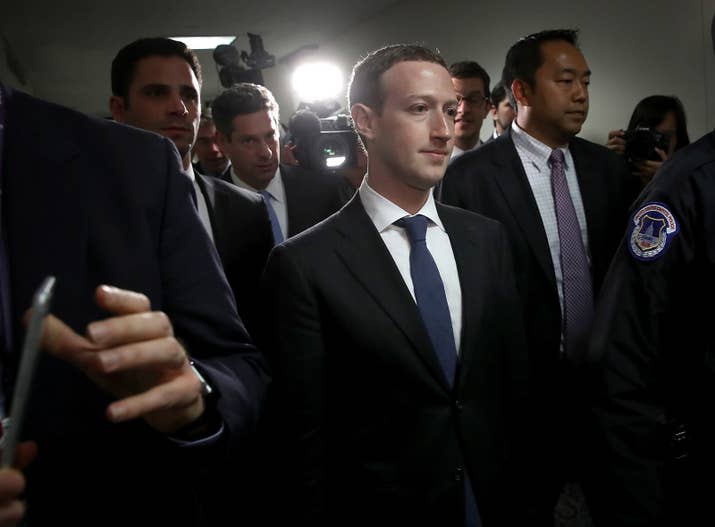 Mark Zuckerberg leaves the office of Sen. Dianne Feinstein (D-CA) after meeting with her on Capitol Hill the day before his scheduled hearing on April 10 before the Senate Judiciary and Commerce committees.

Dozens of journalists, human rights advocates and civil society groups in Vietnam have criticized Facebook’s Mark Zuckerberg in an open letter ahead of him testifying before Congress.

The letter claims Facebook inappropriately suspended accounts and removed content belonging to human rights activists and journalists at the behest of the government.
END_OF_DOCUMENT_TOKEN_TO_BE_REPLACED

07.07.201808.07.2018 ~ Đào Thu Hằng ~ Bình luận về bài viết này
#SaveSonDoong was founded as a campaign to save the pristine charm of the world’s largest cave from mass tourism. But overtime, this citizen-led campaign started to carry more just the mission of saving one cave. In this talk, Lê Nguyễn Thiên Hương, one of the co-founders of #SaveSonDoong will reveal to you what its ultimate goal is actually about. Lê Nguyễn Thiên Hương is an educator by day and an environmental activist by night. She has been working in the field of education for a decade at different roles – a tutor, a teaching assistant, a teacher, a counselor, an admissions officer, etc. On the other hand, traveling has always been a big part of her life. And her expedition to Sơn Đoòng in 2014 has marked a big turning point for her. At the time, Hương was in the process of applying to graduate school for the major of Educational Psychology. But what she found out at Sơn Đoòng has changed her direction completely. Her #SaveSonDoong campaign earned her a scholarship to Brandeis University, where she did two Master degrees in Nonprofit Management and Sustainable Development. This talk was given at a TEDx event using the TED conference format but independently organized by a local community. Learn more at https://www.ted.com/tedx