Beijing on more proactive tack in the region with offer to Bangladesh and Myanmar, observers say 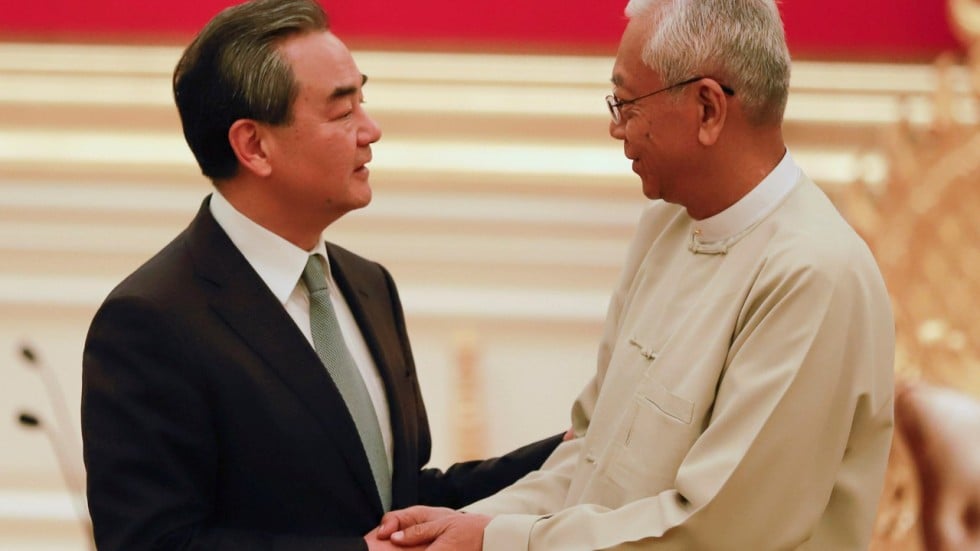 More than 600,000 Rohingya Muslims have fled to Bangladesh since late August, driven out by a military clearance operation in Rakhine which the United Nations has said amounts to ethnic cleansing. Buddhist-majority Myanmar has faced growing international anger over its treatment of the Rohingya – amid widespread reports of murders and rapes committed by the armed forces – but China has helped shield the country from censure.

“The first is to have a ceasefire and to restore order and stability, so the people can stop running away and live in peace,” he said.

“In the second stage, all parties should encourage and support Myanmar and Bangladesh to strengthen exchanges, to find a way to solve this issue through consultation on the basis of equality.”

The third stage was for the international community to help develop Rakhine, he said.

“Rakhine is rich in resources but develops them inadequately,” Wang said. “We call on the international community to help the region eradicate poverty and increase investment … China is willing to help and play its part.”

Suu Kyi, whose reputation as a democracy and human rights advocate has been battered by the crisis, lauded the relationship between China and Myanmar.

“China and Myanmar are very much different in size and power, but when it comes to mutual understanding, the two countries are friends with the same values,” she said. 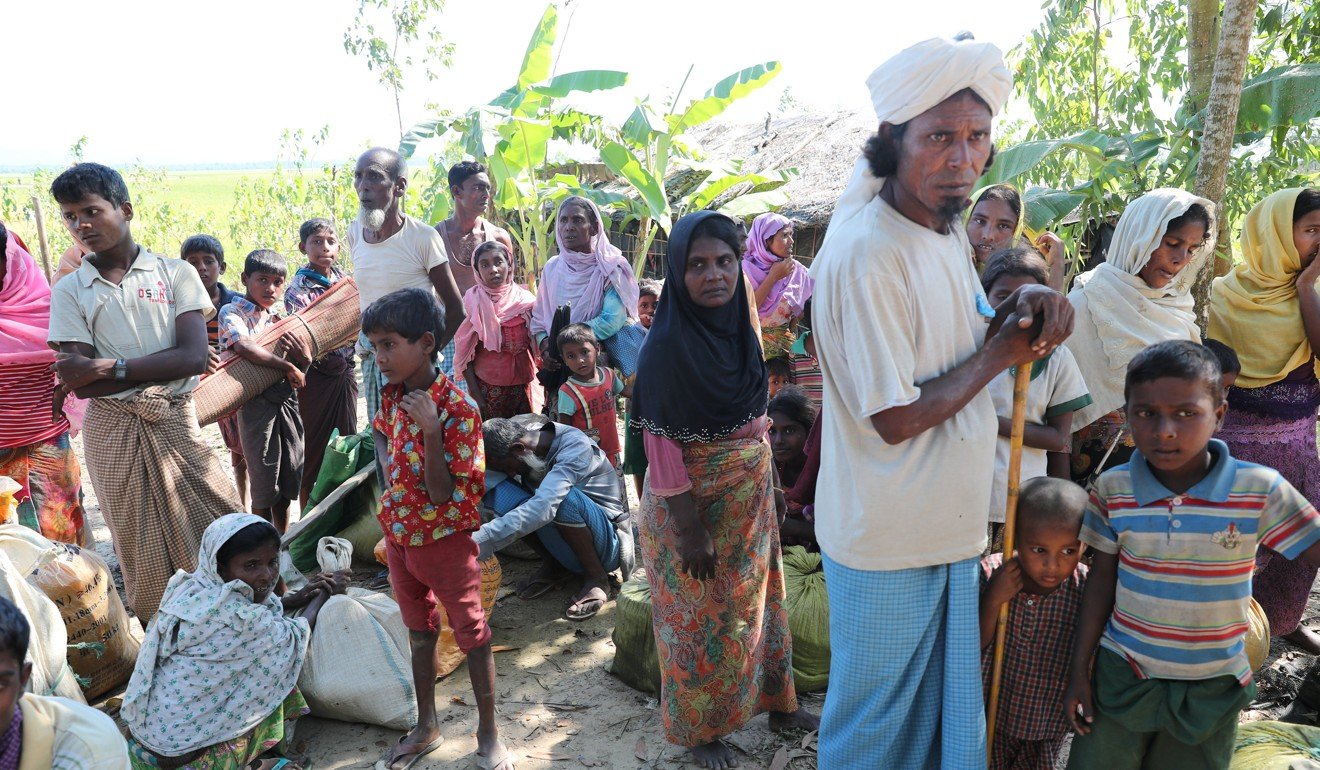 A day earlier in the Bangladeshi capital of Dhaka, Wang said the crisis was a complex situation that needed a comprehensive solution.

“Economic development of Rakhine State is needed. China is ready to help,” he said.

Wang’s remarks come just weeks after the Communist Party endorsed plans for China to carve out a bigger role in world affairs with a more confident foreign policy.

Chinese analysts said that while Beijing wanted to protect its strategic interests, the offer was in line with China’s pursuit of greater leadership in the region.

Wang Dehua, director of the Institute for Southern and Central Asian Studies at the Shanghai Municipal Centre for International Studies, said Bangladesh and Myanmar were both strategically important to China, especially in terms of the “Belt and Road Initiative”, Xi’s signature policy to connect China with Europe.

Wang Dehua said Beijing would not want the Rohingya crisis to stand in the way of the Bangladesh-China-India-Myanmar Economic Corridor, a key component of the Chinese initiative.

Hu Zhiyong, a research fellow at the Shanghai Academy of Social Sciences’ Institute of International Relations, said Beijing’s decision to take a stand in the crisis reflected its desire to be a responsible power.

Hu said this was the first time Beijing had offered to mediate in the crisis, and the matter was complex, involving two of the world’s least developed countries.

“Economically, neither Bangladesh nor Myanmar is capable of settling these refugees. As their biggest neighbour, China has stood up, which could deepen its relations with Bangladesh and Myanmar,” he said.

“I think China will first offer financial aid to people in the area to help their lives there, while at the same time use diplomacy to try to convince Bangladesh to stop deporting Rohingya refugees. It will also try to persuade Myanmar’s government to acknowledge the identity of the Rohingya people as its citizens,” he said. “This won’t be easy.” European Union foreign policy chief Federica Mogherini, who toured the refugee camps along Bangladesh’s border with Myanmar with the foreign ministers of Bangladesh, Japan, Sweden and Germany, said she would discuss ways to end the Rohingya crisis with Suu Kyi when they met in Yangon.

“That will be also an occasion to exchange views with Aung San Suu Kyi and the government of Myanmar [about] how to solve this crisis,” she said.

“[Rather] than putting pressure, our approach is always and will be to offer a negotiation space.”

She said the Rohingya were living in squalid camps in Bangladesh and were “carrying with them terrible stories”.

“The Bangladeshi government is negotiating with the government of Myanmar. We hope that we manage to help in finding a sustainable solution,” she said.

Mogherini and Wang Yi will attend the Asia-Europe Meeting in Myanmar on Monday and Tuesday.