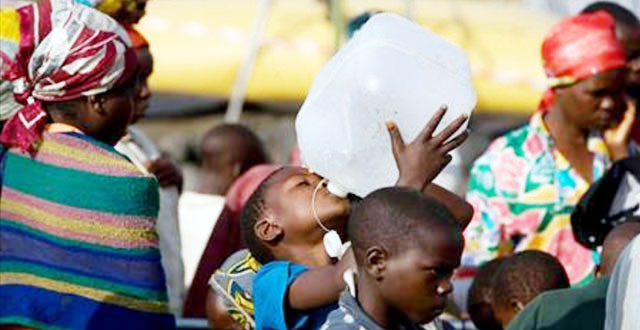 Hundreds of thousands of people die each year because they are forced to drink contaminated water, the WHO said, urging large investments to help provide universal access to safe drinking water.

“Today, almost two billion people use a source of drinking-water contaminated with faeces, putting them at risk of contracting cholera, dysentery, typhoid and polio,” Maria Neira, who head’s WHO’s public health department, said in a statement.

“Contaminated drinking-water is estimated to cause more than 500,000 diarrhoeal deaths each year and is a major factor in several neglected tropical diseases, including intestinal worms, schistosomiasis and trachoma,” she added.

In 2015, the UN General Assembly adopted Sustainable Development Goals (SDGs) — a series of aspirational targets for eradicating poverty and boosting human wellbeing, including vowing to ensure universal access to safe and affordable water and sanitation by 2030.

But according to a fresh report Thursday, published by WHO on behalf of UN-Water, countries will fall far short of this goal if they do not radically increase their investments.