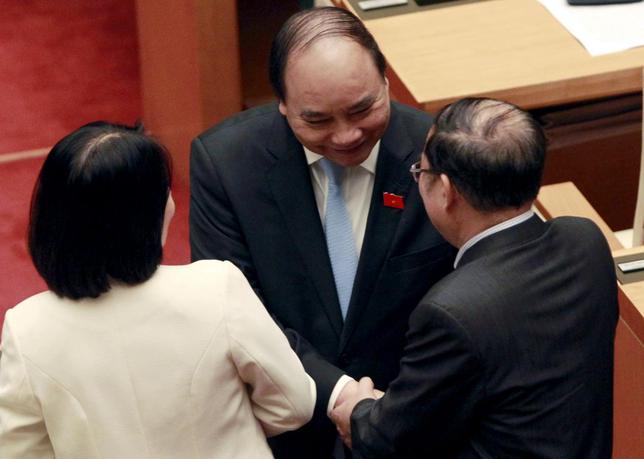 Vietnam completed a protracted leadership transition on Saturday, with 21 new faces in a cabinet tasked with reforming an economy seeing galloping growth but dogged by privatization and public debt problems.

Parliament approved a 27-member lineup that retains some important figures from a government credited with driving a pro-business agenda, including finance minister Dinh Tien Dung and deputy premiers Vu Duc Dam and Pham Binh Minh, who is also foreign minister.

The cabinet, which was announced on state television, has one woman, Nguyen Thi Kim Tien, who keeps her post as health minister.

Dung’s take-charge approach and pursuit of stronger U.S. ties shook up Vietnam’s often uneventful politics and won him plaudits, though his administration was dogged by a banking crisis and a graft-ridden state sector.

The new government takes office after a year of strong growth of 6.7 percent for its $200 billion economy and record figures for foreign investment and mergers and acquisitions.

But it has much work to do in shoring up recovery of a fragile banking sector, boosting a sluggish selloff of stakes in state firms and managing public debt estimated at more than 60 percent of gross domestic product.

It also has big changes to make to comply with a U.S.-led Trans-Pacific Partnership trade pact, including setting up independent trade unions for millions of workers in its expanding manufacturing sector.

Even with the influential Dung out of the picture, the new government is expected to stick to the same strategy.

“Though Dung has been the public face of many of Vietnam’s major economic reform initiatives and the development of stronger ties with Washington, these policies enjoy strong support among Vietnam’s leaders,” U.S.-based advisory firm Albright Stonebridge Group said in a research note.