While it is always good for the younger generation to know about their country’s past, getting them hooked on history is invariably a challenge.

History classes are rarely what students look forward to, and visiting museums to see historical artefacts hardly gets their blood running either.

As an antidote to this, a self-taught artist in Thái Bình Province is sharing Việt Nam’s history in a way that appeals to everybody, including teenagers and young adults. 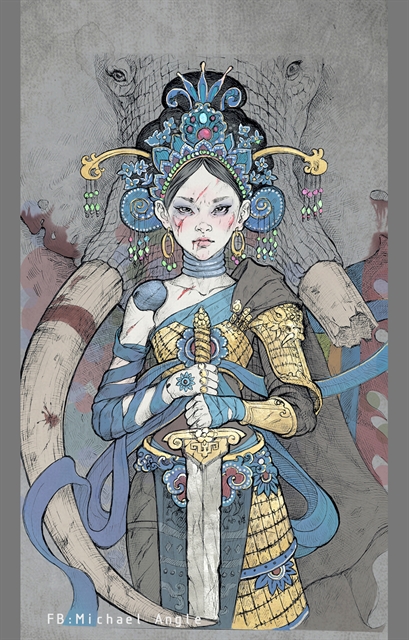 WONDER WOMAN: Michael Angle’s illustration of Bà Triệu, a Vietnamese warrior who led a resistance against the rule of the Chinese Eastern Wu Dynasty in 248 AD. Photo courtesy of the artist

END_OF_DOCUMENT_TOKEN_TO_BE_REPLACED

Brazil is turning to stronger and more bitter robusta coffee beans, which are hardier in the heat than the delicate arabica, in a sign of how climate change is affecting global markets

* It can be grown at lower altitudes than rival variety

* Top roasters ramping up use of Brazilian robusta

LONDON/NEW YORK/SAO PAULO, Aug 16 (Reuters) – Coffee leader Brazil is turning to stronger and more bitter robusta beans, which are hardier in the heat than the delicate arabica, in a sign of how climate change is affecting global markets – and shaping our favourite flavours.

Brazil is the world’s biggest producer of arabica, yet its production has stayed largely flat over the last five years. Meanwhile its output of cheaper robusta – generally grown at lower altitudes and viewed as of inferior quality – has leapt and is attracting more and more international buyers, new data shows.

It also promises to gradually alter the flavour of the world’s coffee over the coming years as more of the harsher and more caffeine-charged robusta variety, widely used to make instant coffee, makes its way into the pricier ground blends currently dominated by arabica.

Whatever your taste, Enrique Alves, a scientist specialising in coffee seed cultivation at Brazilian state agritech research centre Embrapa, said that it might ultimately be thanks to robusta that “our daily coffee will never be missing” as the globe warms.

END_OF_DOCUMENT_TOKEN_TO_BE_REPLACED

▪ Large energy buyers—including corporates, cities, and institutional customers—have played and will continue to play an important role in driving clean energy in the near term, particularly renewables. However, to ensure that the power sector achieves deep decarbonization over the next two to three decades, large energy buyers will need to take additional actions to play a leading role in accelerating the transition to a carbon-free grid.

▪ There is no single strategy for implementing transformative procurement practices, which is why we have
highlighted a variety of approaches in this issue brief. Optimal procurement approaches can vary based on differences in customer electricity usage, market context, available product offerings, staff and resources, and differences across grids.

▪ To enable large energy buyers to implement transformative procurement practices, new products and solutions will be needed. Metrics and recognition programs will also need to be revised to incentivize and encourage more customers to take actions that can facilitate a carbon-free grid.