By Laura He, CNN Business

Hong Kong (CNN Business) China wants to counter the United States by boosting its technological capabilities and becoming more self sufficient. That’s easier said than done.Beijing outlined its goal for more economic independence this week as the Chinese Communist Party’s Central Committee put together its latest Five-Year Plan. The 14th iteration of the vast policy framework will cover 2021 to 2025, and is key to setting the country’s political and economic agenda.The full scope of the plan might not be known for months, but a statement published Thursday said that China wants to focus on economic self-reliance and technological independence. Doing so would help insulate the country from US attempts to restrict its access to critical technologies.”[We will] nurture a strong domestic market and establish a new development pattern,” the statement said. “Domestic consumption will be a strategic focus.” 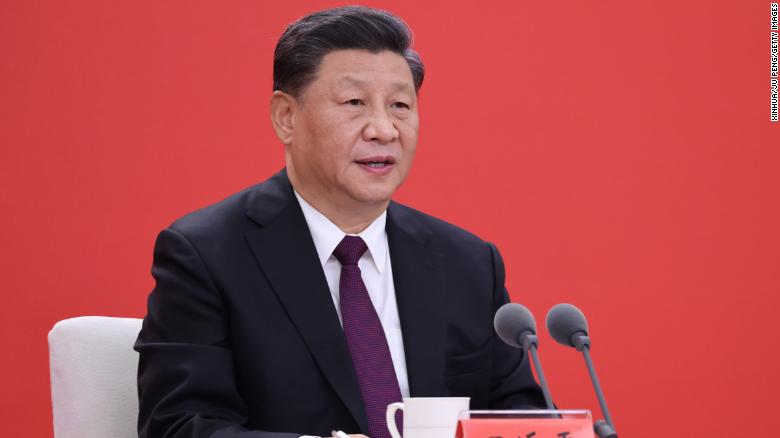 The statement did not yet outline any specific targets.But messages from Beijing are being closely watched right now.The world’s second largest economy is likely to be the only major world power to expand this year as the coronavirus pandemic prevents growth elsewhere. China’s future is also closely tied to its unfolding trade and technology war with the United States, and tensions between the two are getting worse.

The US-China fight began with trade. Now it’s the one thing still working for them

“Economic globalization is facing headwinds now,” said Han Wenxiu, a senior finance official from the Communist Party’s Central Committee during a press conference Friday. The pandemic, coupled with rising protectionism, has weakened international economic cooperation, Han added.The need for innovation at home was underscored byWang Zhigang, China’s Minister of Science and Technology.”Technological self sufficiency is a strategic pillar of the nation’s development,” Wang said. “We must boost independent innovation and do our own job well. That’s because key technologies can’t be bought or asked for [from others].”

China’s desire to achieve economic self-sufficiency isn’t a new one. Many of the country’s Five-Year Plans have prioritized sustainable growth and expanding domestic industry. And a recent, ambitious 10-year plan — “Made in China 2025″ — was created to push China’s manufacturing sector into more advanced technological fields.But achieving economic independence is easier said than done.”There is no guarantee that efforts to boost self-sufficiency in specific sectors will succeed,” wrote Julian Evans-Pritchard, senior China economist for Capital Economics, in a research note late last week.Evans-Pritchard pointed out that unforeseen events can derail China’s plans, such as when an outbreak of African Swine Fever decimated the country’s pork industry last year. The disease wiped out a third of China’s pig population, causing a shortage that forced China to import massive amounts of meat.

For advanced sectors, shedding foreign independence is even more difficult. China is hugely reliant on other countries for the chipsets it needs to build the next generation of technology. The country imported more than $300 billion worth of chips last year, about $64 billion more than it spent on crude oil.”Made in China 2025″ was intended to help China reduce that reliance, and included goals for 40% of chips to be produced domestically by 2020. That share was supposed to increase to 70% by 2025.But the country doesn’t appear to be anywhere close to achieving those targets. Last year, less than 16% of the chips that China needed were produced within the country’s borders, according to an estimate published earlier this year by IC Insights.”Given the large gap between China and the US in the semiconductor industry, China will have to make gigantic investments over a long period in order to catch up with material progress,” according to Chaoping Zhu, global market strategist for JP Morgan Asset Management based in Shanghai.He wrote in a report Friday that it’s doubtful as to whether China will be able to achieve self-reliance in a variety of areas, with chips on top of that list.Economic self sufficiency is also not always good for economic development, according to Evans-Pritchard. He noted that companies are most productive when they can freely choose between domestic or imported inputs without political interference.”Pursuing self-sufficiency is (literally) a textbook way to depress productivity,” he wrote.

China might not have a choice, though, when it comes to pursuing further economic independence.Washington and Beijing have been locked in an escalating battle over technology, trade and national security. Tensions have only increased this year as they blame each other for starting and mishandling the coronavirus pandemic and clash over Hong Kong and alleged human rights abuses in Xinjiang.

A new world war over technology

The spat has led the United States to slap heavy sanctions on Chinese companies that rely on US technology to survive, including tech firm Huawei. Other tech champions, including China’s biggest chipmaker SMIC, have also entered Washington’s crosshairs.”Facing the risks of widening restrictions, it is increasingly critical for China to develop domestic capacity and reduce its dependence on foreign technology, ” wrote Zhufrom JP Morgan.Evans-Pritchard said that China still needs to figure out a way to address its biggest problems, including an over-reliance on infrastructure-focused investment as a means to protect growth and an aging population.”Without faster progress in addressing structural problems, we think growth could slow to just 2% by 2030,” he said.