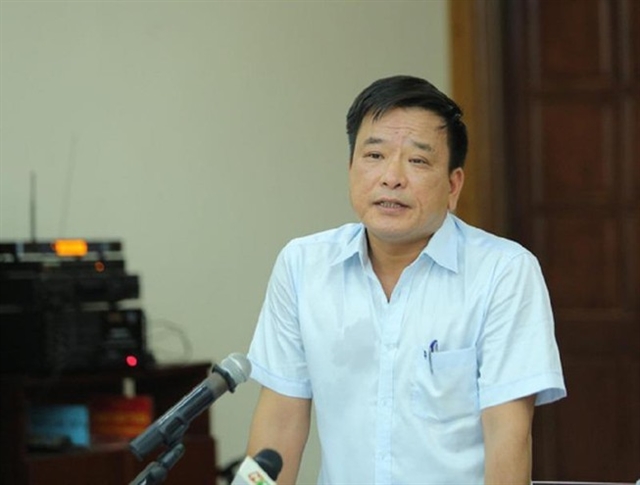 HÀ NỘI — The general director of Hanoi Sewerage and Drainage Company has been detained by the Ministry of Public Security over a number of management violations.

Criminal proceedings have begun against Võ Tiến Hùng who is accused of using State assets, causing losses and wastefulness.

The allegations centre around the acquisition of a cleaning agent to be used in lakes.

Major General Tô Ân Xô, chief of the office of the Ministry of Public Security, said Hùng was being investigated for his involvement in the monopolistic acquisition of Redoxy-3C, a water cleaning agent, to clean up more than 100 lakes in Hà Nội.

Earlier the city People’s Committee dispatched a team to conduct a thorough inspection on the acquisition of the agent and assess its efficiency.

According to the inspection outcome in March, Arktic Company is the only unit to distribute the agent in Việt Nam. The agent manufacturing company is Watch Water GmbH based in Germany.

After having permission from Chairman of Hà Nội People’s Committee Nguyễn Đức Chung to use the agent at the city’s lakes, the Hanoi Sewerage and Drainage Company bought 3.24 tonnes of Redoxy-3C from Arktic Company in August 2016.

The drainage company reported that using Redoxy-3C was a simple and quick way to clean up lakes, helping save costs. This method could be applied in all lakes in the capital city.

Further investigations are being conducted. — VNS