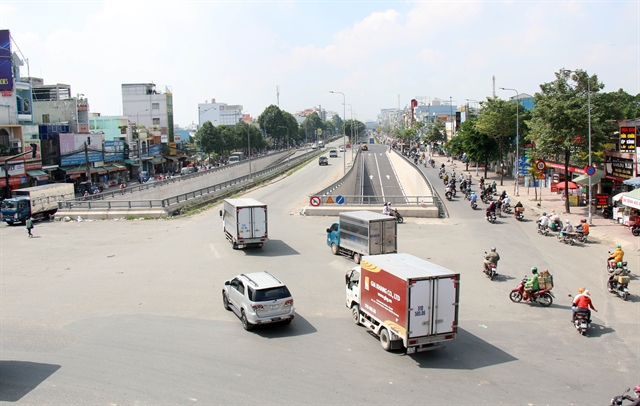 The second branch of a double tunnel at the An Sương intersection in Ho Chi Minh City’s District 12 was opened to the public in July after being suspended for a period of time due to land clearance issues. VNA/VNS Photo

HÀ NỘI — Prime Minister Nguyễn Xuân Phúc on Friday presided over an online meeting with the participation of leaders of central ministries, agencies and localities to discuss ways to boost disbursement of public investment.

This is the second meeting on this topic since July 16 as the Government considers public investment disbursement as the key solution to economic recovery amid the COVID-19 pandemic.

The Government established seven delegations led by the Prime Minister, Deputy Prime Ministers and Ministers to have direct working sessions with localities over the past five weeks.

Minister of Planning and Investment Nguyễn Chí Dũng said recovering and promoting economic growth amid the COVID-19 pandemic is a crucial political task for 2020, in which accelerating the disbursement of public investment is key.

He called on ministries, agencies, and authorities in localities to focus on clearly identifying any shortcomings in directing, conducting, and managing public investment projects in order to promptly address any problems, especially those relating to investment procedures and site clearance.

The ministry has proposed the Ministry of Finance accelerate the application of information technology in managing expenditure and processing capital withdrawal applications at its offices and at the State Treasury, in ODA disbursement, and in concessional loans from foreign donors.

Reports from the Ministry of Finance show that cumulative disbursement of public investment reached over VNĐ193 trillion in the first seven months of this year, equivalent to 40.98 per cent of the plan, excluding capital left over from previous years.

Five ministries and central agencies and 19 localities have reported disbursement rates of more than 60 per cent.

But 29 ministries and central agencies and six localities have posted rates of less than 35 per cent.

The minister attributed the slow disbursement of ODA capital partly to the impact of COVID-19, saying that most activities linked to foreign factors, from importing machinery and equipment to engaging foreign experts, workers, contractors, consultants, and supervisors, and project funding have been delayed. VNS