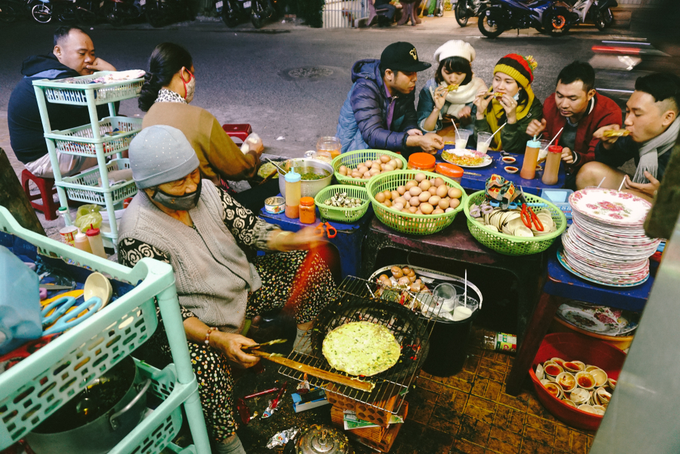 People eat at an eatery in Da Lat, Vietnam. Photo by Shutterstock/Joel Whalton

A report says Vietnamese spend more than a third of their income on food and beverages, topping education and utilities.

They spend 16 percent for entertainment-education and 13 percent on utility bills, according to market research firm Vietnam Report (VR).

They spend the least on health — 7 percent.

Another trend the report discovered is that Vietnamese are now more willing to spend on organic and environment-friendly products.

Eighty six percent of consumers that VR surveyed in Hanoi and HCMC said they are willing to buy these products for better health.

VR said food and beverage companies are tweaking their packaging strategy to distribute more ready meals to serve an increasing number of single people, many of whom are consuming on the go.

It said the food and drink market has become more exciting in recent years with the entry of technologies such as phone apps that allow users to find nearby restaurants and order deliveries.

Food and beverages were two of the 10 most bought products online last year, it said, citing data from market research company Nielsen.

As one of the “most attractive” industries in recent years, food and beverages has the potential to become a major player in the economy, it said.

Vietnam’s abundant agricultural resources can play a major role in providing raw materials for food and drinks to meet the constantly changing needs of a population in which over 50 percent are under 30 years of age, the firm added.