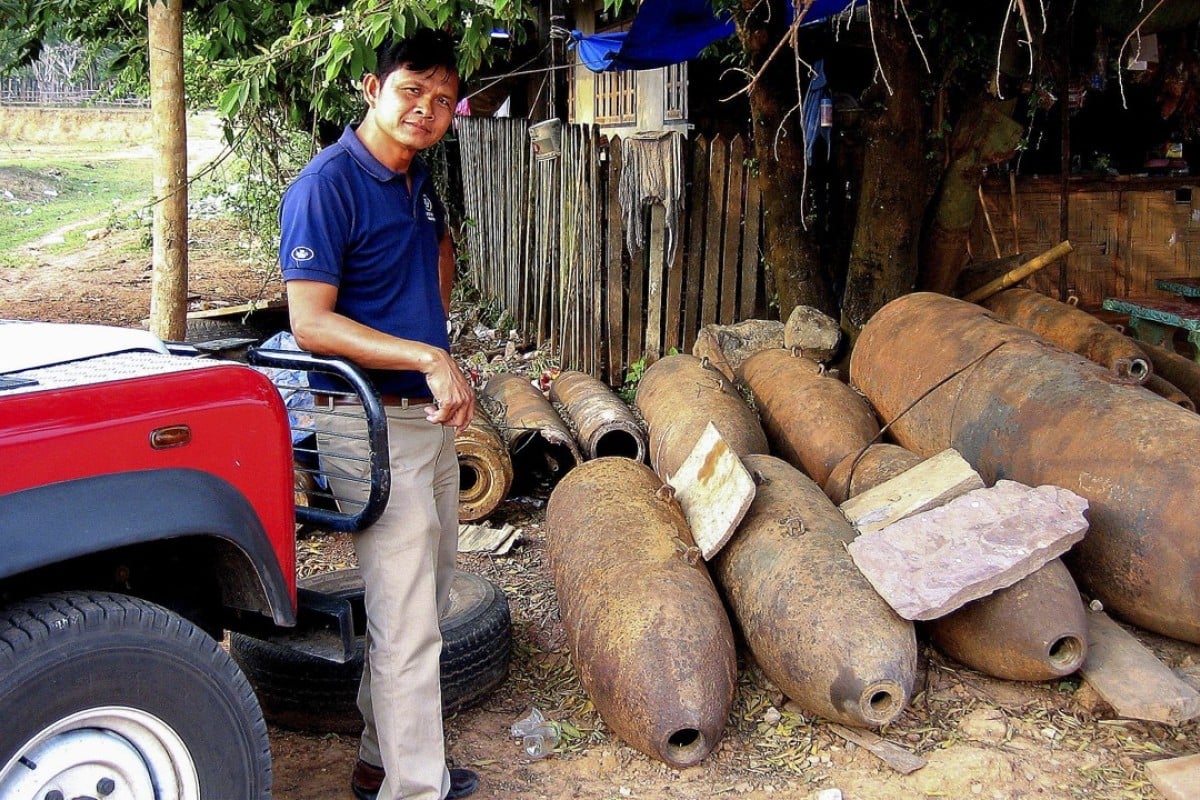 Thanksgiving is an American tradition that is unknown in most of the world. Fifty years ago, however, it landed in Laos, the small, impoverished Southeast Asian nation that was to become perhaps the longest-suffering casualty of the United States’ war in Vietnam.

Thanksgiving is held on the fourth Thursday in November. In 1968, that fell on November 28, and on that day, at the height of the war and on the orders of president Lyndon B. Johnson, turkey dinners were helicoptered in to American soldiers who were on a mission to sever the Ho Chi Minh Trail – the network of paths and tracks that constituted North Vietnam’s military supply lines to the south of the country – that ran through eastern Laos.

Vietnam war photographer on PTSD and his final battle, with cancer

LBJ’s festive dinners were flown in at the same time as the US began dropping millions of bombs on the trail, which it had already been targeting for four years. Half a century later, Laos is still dealing with the deadly legacy of that bombing campaign, which left an estimated 100 million pieces of unexploded ordnance on the ground. END_OF_DOCUMENT_TOKEN_TO_BE_REPLACED