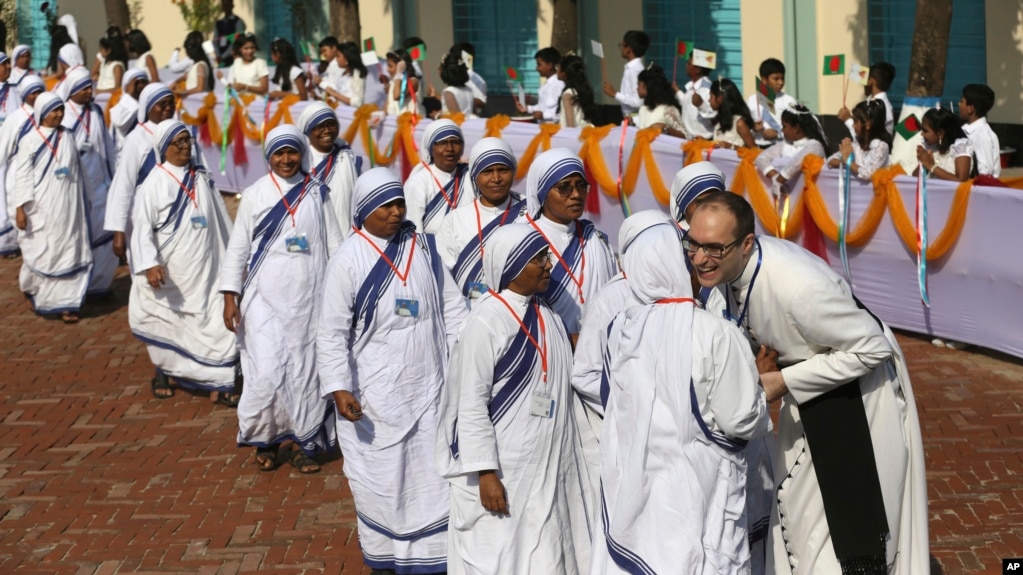 Many nuns cook and clean for male church leaders and perform other household duties.

“Some of them serve in the homes of bishops or cardinals, others work in the kitchens of church institutions or teach,” says the magazine. “Some of them, serving the men of the church, get up in the morning to make breakfast, and go to sleep after dinner is served, the house cleaned and the laundry washed and ironed.”

A nun identified only as Sister Marie describes how nuns serve church leaders, but “are rarely invited to sit at the tables they serve.”

Such work activities of Catholic nuns is widely known. But it is notable that an official Vatican publication would openly write about the church’s history of misusing nuns.

“Until now, no one has had the courage to denounce these things,” the magazine’s editor, Lucetta Scaraffia, told the Associated Press. “We try to give a voice to those who don’t have the courage to say these words” publicly.

“Inside the church, women are exploited,” Scaraffia said in a recent interview.

Pope Francis has told Scaraffia he reads the magazine. But church officials have also questioned past writings that clashed with official teachings.

One recent issue on “women who preach” appeared to support allowing lay women to give religious speeches during church services. After concerns from church officials, one of the writers had to publish an explanation that he was not suggesting a change to existing church rules

Only a handful of women hold high leadership positions in the church. Several nuns do lead some Vatican departments that oversee religious issues.

One nun, called Sister Paule, told the magazine many nuns are highly educated and have college degrees. But most still end up only performing household duties because their intelligence is not valued.

“Behind all this is the unfortunate idea that women are worth less than men, and above all that priests are everything in the church, while sisters are nothing,” she said.

During a recent trip to Peru, Pope Francis condemned crimes against women that happen in some parts of the world.

He also has often called for dignified work – and dignified pay – for all. He recently wrote in a book on women’s issues that he was concerned that in many cases, women’s work in the church “sometimes is more servitude than true service.”

Bryan Lynn wrote this story for VOA Learning English, based on reports from the Associated Press and Reuters. Hai Do was the editor.