Photo taken from Circle of blue.
BSS, Dhaka
At least 40 percent of the world’s people are affected by water scarcity at present, with as many as 700 million people at risk of being displaced by intense water scarcity by 2030.

More than two billion people are compelled to drink unsafe water and more than 4.5 billion people do not have safely managed sanitation services, according to a report of the High-Level Panel on Water (HLPW).

The HLPW handed over the outcome of the report on Thursday to the UN Secretary General Antonio Guterres and Senior Representative of the World Bank President at the UN Headquarters in New York, USA. END_OF_DOCUMENT_TOKEN_TO_BE_REPLACED

This morning, Associated Press (AP) had the story that Russians have succeeded in hacking into the US energy grid, though they were then expelled.  From the CNBC version:

U.S. national security officials said the FBI, the Homeland Security Department and American intelligence agencies determined that Russian intelligence and others were behind the attacks on the energy sector. The officials said the Russians deliberately chose U.S. energy industry targets, obtaining access to computer systems and then conducting “network reconnaissance” of industrial control systems that run American factories and the electricity grid. END_OF_DOCUMENT_TOKEN_TO_BE_REPLACED

Fifteen years ago, Ken Caldeira, a senior scientist at the Carnegie Institution, calculated that the world would need to add about a nuclear power plant’s worth of clean-energy capacity every day between 2000 and 2050 to avoid catastrophic climate change. Recently, he did a quick calculation to see how we’re doing.

Not well. Instead of the roughly 1,100 megawatts of carbon-free energy per day likely needed to prevent temperatures from rising more than 2 ˚C, as the 2003 Science paper by Caldeira and his colleagues found, we are adding around 151 megawatts. That’s only enough to power roughly 125,000 homes.

At that rate, substantially transforming the energy system would take, not the next three decades, but nearly the next four centuries. In the meantime, temperatures would soar, melting ice caps, sinking cities, and unleashing devastating heat waves around the globe (see “The year climate change began to spin out of control”).

Caldeira stresses that other factors are likely to significantly shorten that time frame (in particular, electrifying heat production, which accounts for a more than half of global energy consumption, will significantly alter demand). But he says it’s clear we’re overhauling the energy system about an order of magnitude too slowly, underscoring a point that few truly appreciate: It’s not that we aren’t building clean energy fast enough to address the challenge of climate change. It’s that—even after decades of warnings, policy debates, and clean-energy campaigns—the world has barely even begun to confront the problem. END_OF_DOCUMENT_TOKEN_TO_BE_REPLACED

QUANG NGAI, Vietnam (Reuters) – Vietnam marked 50 years since the My Lai massacre on Friday in a memorial ceremony at the site of the killings that was attended by survivors of the massacre, their families, and around 60 U.S. Vietnam War veterans and anti-war activists.

Performers take part during the 50th anniversary of the My Lai massacre in My Lai village, Vietnam March 16, 2018. REUTERS/Kham

American soldiers killed 504 people on March 16, 1968, in Son My, a collection of hamlets between the central Vietnamese coast and a ridge of misty mountains, in an incident known in the West as the My Lai Massacre.

END_OF_DOCUMENT_TOKEN_TO_BE_REPLACED

Four Hours in My Lai
From Wikipedia, the free encyclopedia 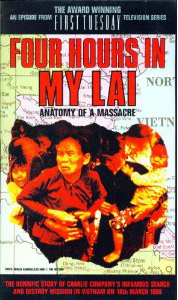