If the outlook for marine life was already looking bleak – torrents of plastic that can suffocate and starve fish, overfishing, diverse forms of human pollution that create dead zones, the effects of global warming which is bleaching coral reefs and threatening coldwater species – another threat is quietly adding to the toxic soup.

Ocean acidification is progressing rapidly around the world, new research has found, and its combination with the other threats to marine life is proving deadly. Many organisms that could withstand a certain amount of acidification are at risk of losing this adaptive ability owing to pollution from plastics, and the extra stress from global warming.

The conclusions come from an eight-year study into the effects of ocean acidification which found our increasingly acid seas – a byproduct of burning fossil fuels – are becoming more hostile to vital marine life. 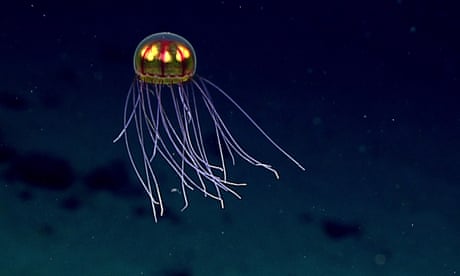 “Since ocean acidification happens extremely fast compared to natural processes, only organisms with short generation times, such as micro-organisms, are able to keep up,” the authors of the study Exploring Ocean Change: Biological Impacts of Ocean Acidification found.

Marine life such as crustaceans and organisms that create calcified shelters for themselves in the oceans were thought to be most at risk, because acid seas would hinder them forming shells. However, the research shows that while these are in danger, perhaps surprisingly, some – such as barnacles – are often unaffected, while the damage from acidification is also felt much higher up the food chain, into big food fish species.

Ocean acidification can reduce the survival prospects of some species early in their lives, with knock-on effects. For instance, the scientists found that by the end of the century, the size of Atlantic cod in the Baltic and Barents Sea might be reduced to only a quarter of the size they are today, because of acidification.

Peter Thomson, UN ambassador for the oceans and a diplomat from Fiji, which is hosting this year’s UN climate change conference in Bonn, urged people to think of the oceans in the same terms as they do the climate. “We are all aware of climate change, but we need to talk more about ocean change, and the effects of acidification, warming, plastic pollution, dead zones and so on,” he said. “The world must know that we have a plan to save the ocean. What is required over the next three years is concerted action.” 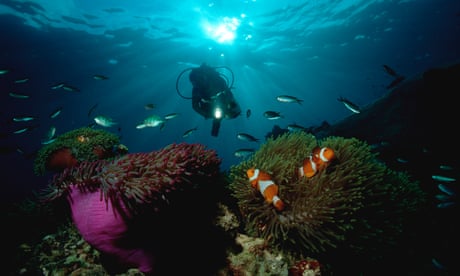 Finding Nemo? We may be losing him, says climate study

The eight-year study was carried out by the Biological Impacts of Ocean Acidification group (known as Bioacid), a German network of researchers, with the support of the German government, and involved more than 250 scientists investigating how marine life is responding to acidification, and examining research from around the world. The study was initiated well before governmentssigned a global agreement on climate change at Paris in 2015, and highlights how the Paris agreement to hold warming to no more than 2C may not be enough to prevent further acidification of the world’s seas.

Governments will meet in Bonn in November to discuss the next steps on the road to fulfilling the requirements of the Paris agreement, and the researchers are hoping to persuade attendees to take action on ocean acidification as well.

Ocean acidification is another effect of pouring carbon dioxide into the atmosphere, as the gas dissolves in seawater to produce weak carbonic acid. Since the industrial revolution, the average pH of the ocean has been found to have fallen from 8.2 to 8.1, which may seem small but corresponds to an increase in acidity of about 26%. Measures to reduce the amount of carbon dioxide reaching the atmosphere can help to slow down this process, but only measures that actively remove carbon already in the atmosphere will halt it, because of the huge stock of carbon already in the air from the burning of fossil fuels.

Worse still, the effects of acidification can intensify the effects of global warming, in a dangerous feedback loop. The researchers pointed to a form of planktonic alga known as Emiliania huxleyi, which in laboratory experiments was able to adapt to some extent to counter the negative effects acidification had upon it. But in a field experiment, the results were quite different as the extra stresses present at sea meant it was not able to form the extensive blooms it naturally develops. As these blooms help to transport carbon dioxide from the surface to the deep ocean, and produce the gas dimethyl sulfide that can help suppress global warming, a downturn in this species “will therefore severely feed back on the climate system”.